McIlroy insists it’s not just about Tiger this week 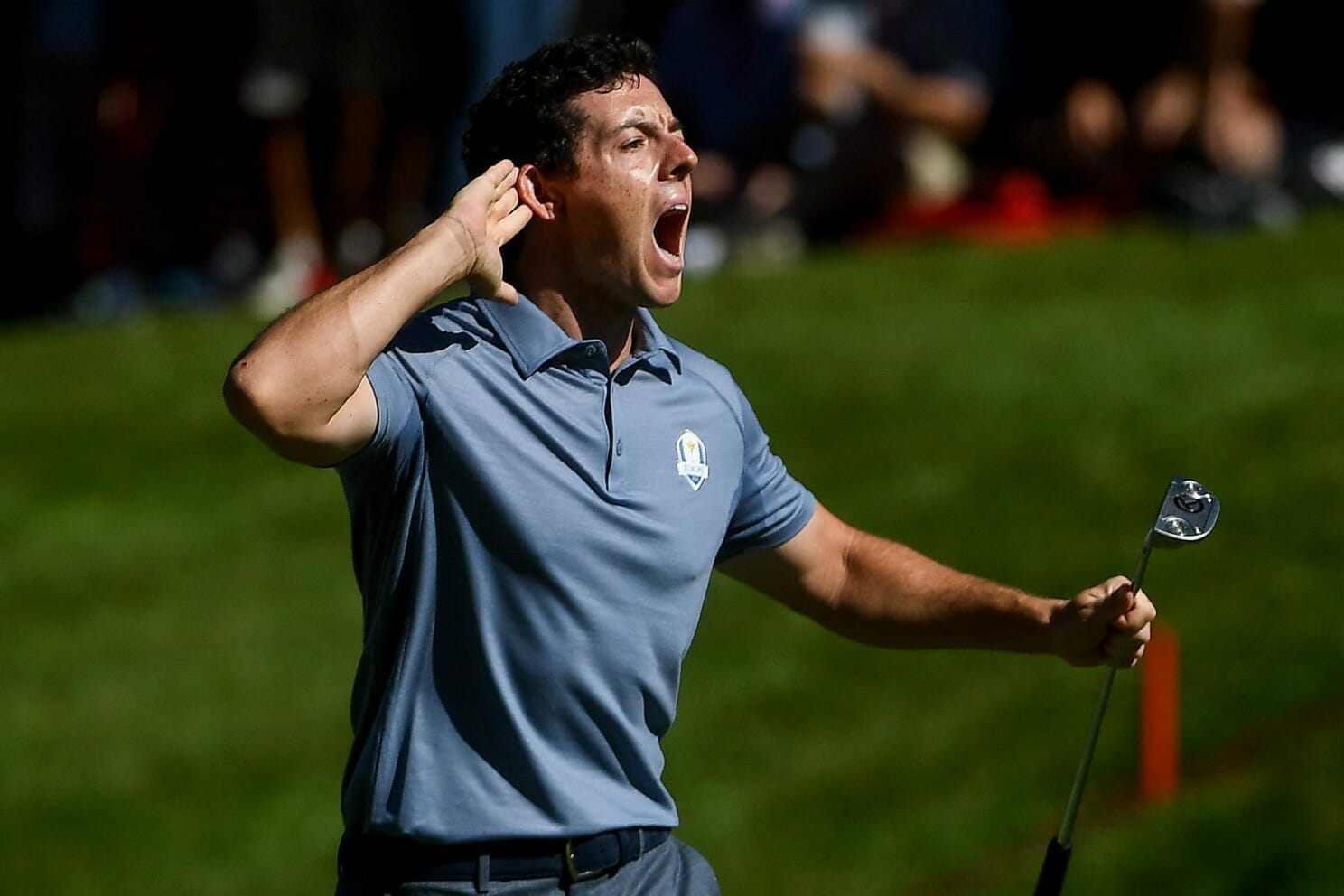 Rory McIlroy insists that while the golf world remains abuzz after Tiger Woods’ stunning and emotional triumph last Sunday it would be ‘silly’ to single out Woods for focus at this week’s Ryder Cup in Versailles.

With many expecting someone of the stature of McIlroy to emerge from the Atlanta final round pack, it turned into a walk in the park for Woods on route to his 80th PGA victory title and a 107th success worldwide.

Many times before, including in their ‘head-to-head’ tussles in China, McIlroy has come out in front so it was a let down to McIlroy and his supporters he failed to mount any form of a challenge at Woods.

There was even a hint of McIlroy finding himself intimidated in the presence of Woods, something McIlroy addressed in visiting the Ryder Cup media centre Wednesday ahead of this week’s much-anticipated biennial showdown.

“Was there any element of intimidation? Yeah that rough on the East Course was tough,” he said. “That was the most intimidating part about it. I started hitting a few drives left and right early, and I didn’t actually have quite a good view (of Tiger) from the trees on Sunday.”

And McIlroy, who is co-favourite with Justin Rose to be bookmakers leading European Team points scorer, bluntly ruled out any specific ‘team’ focus on Woods.

“This week, he’s one of 12. We’re not looking at any individuals. We’re just trying to beat the U.S. Team,” said McIlroy.

“It’s great what he did on Sunday. It was great for golf. It brings a lot of excitement to the game. But to focus on one player is silly, especially when I might not even see him this week at any point because I mightn’t be on the course with him or play against him.”

“It may give their team some momentum coming here. But you know, we’re looking to beat the US team. We’re not looking to just beat Tiger Woods.”

But then there’s one member of the rival USA Team McIlroy would dearly love to face and it is the player who humbled him two years ago in the opening Sunday Singles match at Medinah and who at this year’s Masters left the Ulsterman choking in his Sunday after victory dust – Patrick Reed.

And McIlroy revealed in replaying videos of all three days at Medinah how ‘excited he was and also how vocal he had become.

“I could play (at that adrenalin level) for nine holes, and then it suddenly hit me,” he said. “It reached its crescendo on the eighth green, and the last ten holes wasn’t quite as good.”

“I look back at those videos and I look back at the last Ryder Cup and see it wasn’t just Sunday. It was Friday and Saturday. I’m surprised I had a voice left at the end of the week.”

“It looked tiring to have to play golf like that for three days. So I think I learnt a lot from that. It’s good to get excited and it’s good to have that, but at the same time, if I’m called upon to play a late match on Sunday, I want to have all my energy in reserve so that I can give everything for 18 holes because I did hit a wall that back nine on Sunday, and it cost me.”

He hopes to have the full backing of the galleries here, however, and won’t react the same way.

“Playing on the road is becoming increasingly difficult, with how partisan the crowds are and how they get behind their teams, the same as in other sports,” he pointed out.

“Thinking back to Medinah in 2012, we were 10-6 down and it was a long shot that we were going to win that. We ended up winning, which was very special, but that could have started a run of home victories for each team.”

“And then, you know, we do have a little more control of the golf course. The way Hazeltine was set up is not the way this is set up, which is not the way Medinah was set up. There are certain differences that play into the home team’s advantage, I guess.”