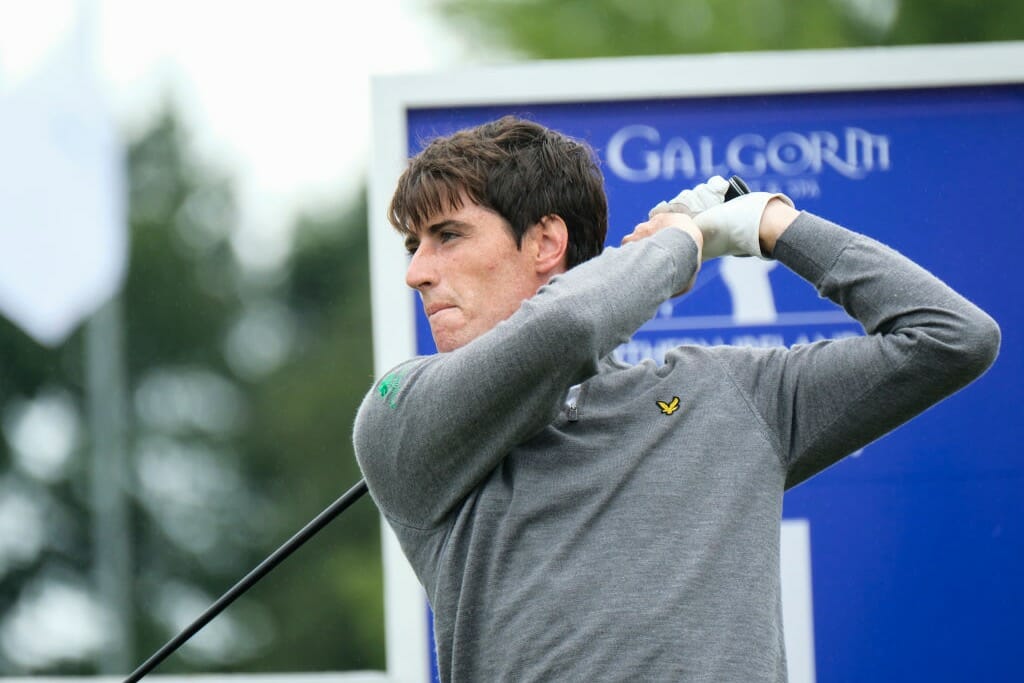 The second phase of First Stage European Tour Qualifying School today came to a close at The Stoke by Nayland Hotel Golf & Spa and Golfclub Schloss Ebreichsdorf with a further 39 players booking their place in Second Stage.

Unfortunately it proved to be a bitterly disappointing day for Ireland’s traveling contingent, particularly Dermot McElroy at Stoke who had got himself in contention ahead of the final day. The pressure told for the Ballymena professional as he carded a triple and a double amongst his 78 blows; his sole birdie at the 16th doing little to mask a seven-over-par round that shattered his Main Tour ambitions for another year.

Tragically he was only two shots off the qualifying mark, finishing his bid at plus five after a regrettable finish to an otherwise encouraging campaign.
For Knock’s Colin Fairweather, things didn’t get much better as he slumped to a six-over 77 as he too fell short at the toughest examination of all at nine-over-par.
England’s Jamie Abbott came out on top in Stoke by Nayland on eight-under-par, while American Casey Wittenberg finished on 18-under-par in Austria to finish ahead of the rest of the field.

It was a tough week of scoring in England with only eight players finishing with under par totals after four rounds. Norwegian amateur Kristoffer Reitan finished a shot behind Abbott, while Welshman Jack Davidson finished a shot further back on six-under-par.
The highest qualifying score was three over par, which four players shared, including English amateur Joshua McMahon.

By contrast, it was a low scoring affair in Austria with all qualifying players finishing with a lower score than Abbott’s eight under in England.
Wittenberg finished on 18 under par and he was closely followed by Italian Aron Zemmer on 17 under. A shot further back was Dane Victor Gebhard Østerby, Australia’s Brett Rankin finished on a total of 14-under-par, while Miguel Carballo and Perry Cohen finished on 13 under.
In total, 23 players qualified in Austria and 16 players progressed from Stoke by Nayland.