Meadow keeps her eyes on the ultimate prize 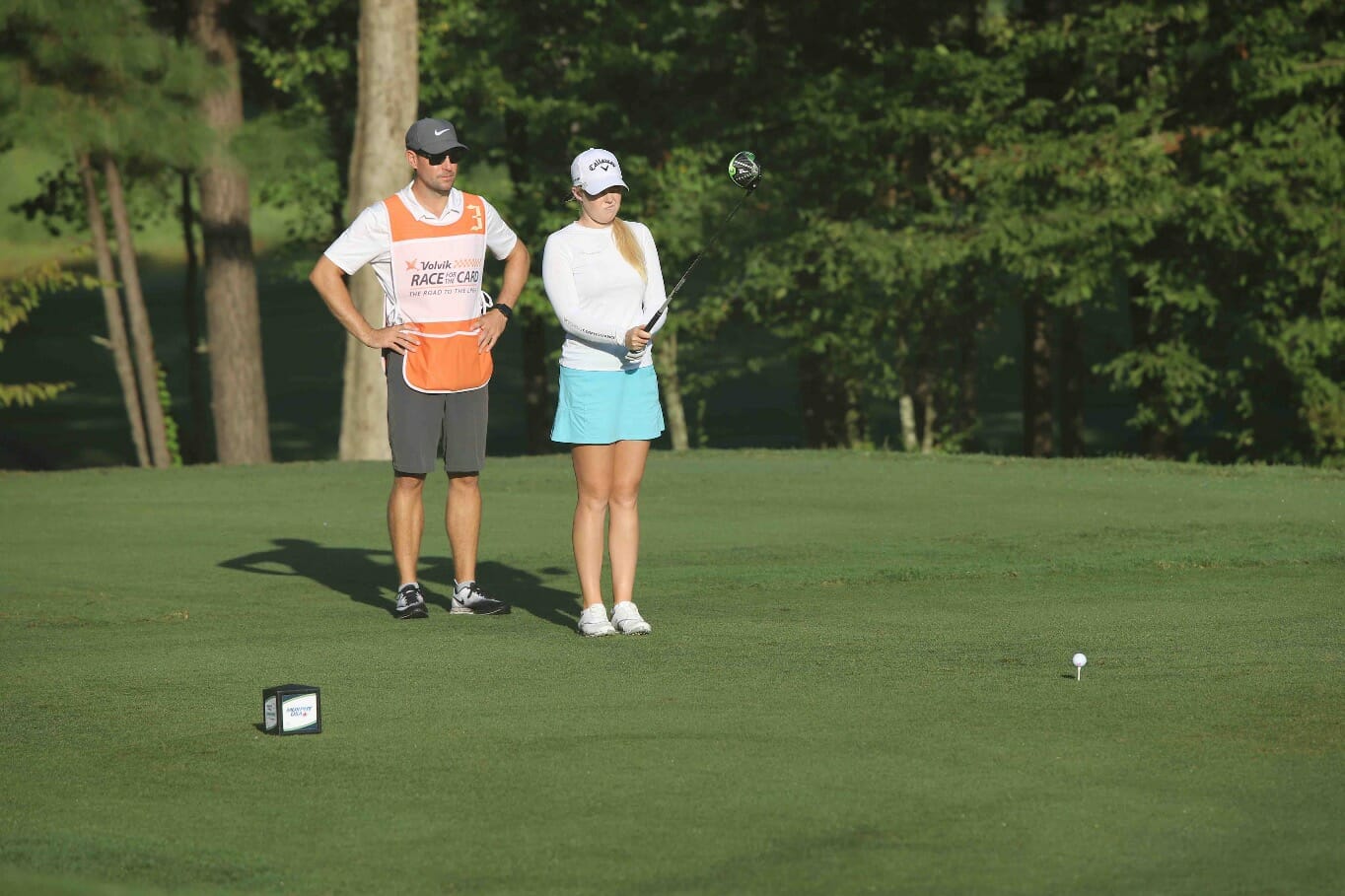 For the second day in a row only a handful of players broke par on the Mystic Creek Golf Course at the Murphy USA El Dorado Shootout on the Symetra Tour with Stephanie Meadow leading the Irish charge.

Meadow, who shot 75 in the first round, returned a fantastic level par 72 in round two, which was even more impressive when you consider that she double bogeyed the third hole and bounced back immediately with birdies at 4 and 5.  She also bogeyed 9 and 12 but cancelled them out with birdies at 10 and 14 to leave her on +3 for the tournament and in tied 19th place, nine shots off the leaders pace of -6.

There is a bigger picture for Meadow however, as with only three events left after this week in the Volvik Race for the Card, Meadow currently sits in third place where the top 10 will gain LPGA cards for next season and this is the ultimate goal. Maintaining her position on the OoM is the priority and keeping her focus and fighting for every shot in the coming weeks will be the key ingredients if she is to achieve her goal.

With only 12 players breaking par (up from nine on day one) it was never going to be a low scoring event but at the top of the leaderboard three individuals have separated themselves from the rest of the field with Hyemin Kim (Seoul, Republic of Korea) holding the outright advantage after the second round at 6-under par overall.

Kim carded a 2-under par 70 to reach the mark and carry a two-stroke lead into the final round at Mystic Creek Golf Course.

“I am very excited, it has been a while since I have played this well,” said Kim, who carded four birdies and two bogeys. “I really tried hard to just make a par today and it finished really nicely for me. I’ll try to hit the safest spot on the green because they can be really difficult. Sometimes you have to go away from the flag and just take the roll.”

A past winner on the Symetra Tour at the 2017 POC Med Golf Classic, Kim is no stranger to the spotlight and pressure. Nonetheless, she said the difficulty of this course is the reason behind her success.

“I really didn’t try hard for that win, just to hit a good shot every time,” Kim said. “When I’m not feeling well, or I think the course is more difficult than another course, then I focus on every shot because it is really important. That’s why I feel more comfortable this week.”

Meanwhile, overnight leader Casey Danielson (Osceola, Wisconsin) struggled on the front nine, going out in 2-over par 38 fashion. She recovered nicely to finish the day at 1-over par and just two shots back of the lead with 18 holes to play.

“I didn’t really make a lot happen, but this course can do that and you have to stay patient,” said Danielson, after carding four bogeys and three birdies. “A bad shot will cost you big and penalize you more than a normal course. That’s why it is so hard and separates the field a little more. I think it’s always great to be in that final pairing. I am really excited for the learning opportunity and know I’ll be playing with some good players so it’ll be a competitive day.”

Rounding out the final pairing is Elizabeth Szokol (Winnetka, Illinois). The University of Virginia alumna managed an even par showing by combating a bogey and double bogey with three huge birdies.

Already a Symetra Tour champion in 2018 at the IOA Invitational, Szokol said the way she won at 4-under par overall is consistent with the flow this week in Arkansas and the course setup is also similar.

“I love playing tough golf courses and I’m excited to go chase the leader tomorrow,” Szokol said. “I was excited to come here and knew it was more difficult than last year. I’m looking forward to the challenge of it and just staying steady, avoiding those bogeys. Making a couple birdies is going to be what I need to do.”

A total of 60 players made the cut of 8-over par and only eight competitors sit at even par or better.