Hoey just two back after quick start in Kazakhstan 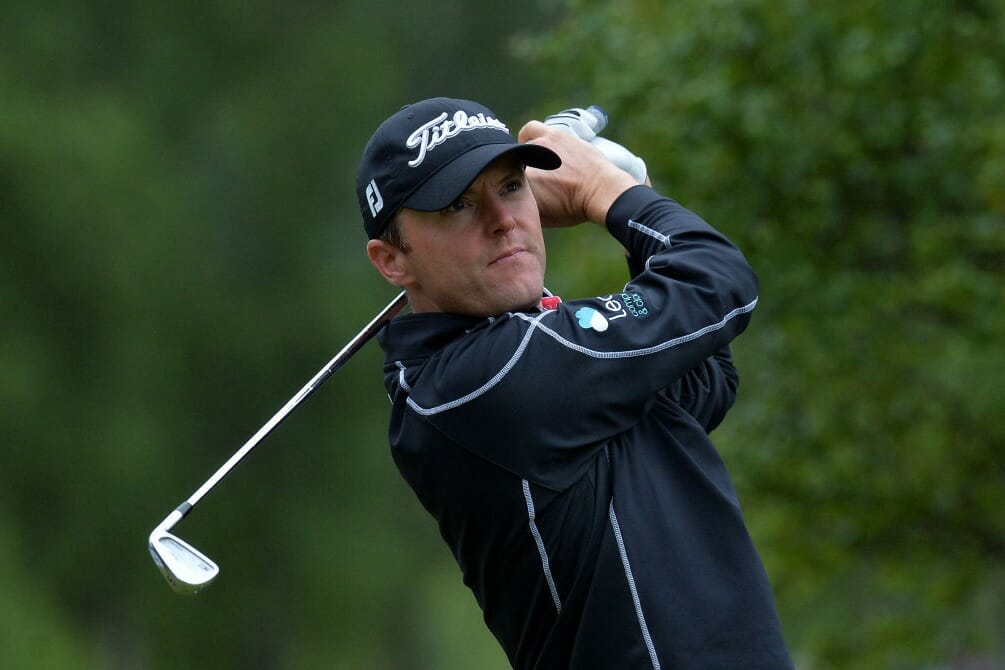 Michael Hoey looks intent on making an impact on the business end of the season as he fired a five-under-par 67 to move within two shots of the lead after the opening day of the Kazakhstan Open presented by ERG.

The Northern Irishman was exemplary in his work in posting a quintet of birdies void of any blemishes as he finished in a share of 7th spot after day one in Kazakhstan.

That’s just one shot better than Gavin Moynihan and Cormac Sharvin who both opened with blistering starts at Zhailjau Golf Resort. The former carded five birdies and an eagle while the Ardglass man posted six birdies with the in-form pair making their mark early ahead of day two.

Meanwhile, Clandeboye’s Jonathan Caldwell sits two shots back in a share of 42nd spot on two-under while Rosapenna’s Ruaidhri McGee is a couple further adrift with work to do in a tie for 76th on even par.

At the top, Moritz Lampert carded a pair of front-nine eagles and will take a one-shot lead into Day Two in Kazakhstan.

Starting his round in frigid temperatures at Zhailjau Golf Resort, which sits at 3000 feet of elevation, the German got off to a relatively cool start, before things began to heat up on the course.

“It was freezing when we were warming up this morning,” he said. “But as the sun came out it was actually beautiful. You could see the sun at the top of the mountains and then it started to come down, so it warmed up on our third hole.”

“The ball started going further than it does at sea level after the first few holes. The cold had an effect on the first holes but after that it was just lovely.

“I made two eagles on the short par fives and was seven under par total, so that was the key today.”

The fast start from the 26 year old comes at an important time in the season. The Kazakhstan Open presented by ERG is one of the most lucrative events on the European Challenge Tour International Schedule and with it, carries an abundance of Road to Ras Al Khaimah Rankings points.

Being one of the strongest fields of the season, Lampert did not automatically gain entry into the tournament, but earned an invitation from the Kazakhstan Golf Federation.

“Today was brilliant,” he said. “I’m just delighted to be here. I’m playing on an invite so I’m grateful for that and to get into such a big event I have to thank the Federation. This is my third time in Kazakhstan and, well, 65 is always great.”

The experience of travelling to Almaty and playing Zhailjau Golf Resort may be starting to pay off for Lampert, who believes he has gained a
better understanding of the golf course since his first trip here in 2016, but also knows that he capitalised on calm Day One conditions.

“We talked about it in the practice round, I think you have to drive it well here,” he said.  “The fairways are pretty generous, but the rough is pretty bad. If you hit it in the fairway — we’re at altitude so the ball goes really far — you have five par fives, so if you’re aggressive on those and you pick your chances, I think it’s very scoreable.

“Obviously it was cold this morning but today was an absolutely beautiful day. There is no wind, it’s 20 degrees, it couldn’t be any better.”
Lampert will have his work cut out for him if he wants to remain on top of the leaderboard. Of the 12 players within two strokes of him, five have won on the Challenge Tour this season, including Jack Singh Brar and Liam Johnston on six under par, as well as Pedro Figueiredo and
Ben Stow on five under par.

Last week’s winner, Tom Lewis is also on five under par and seems to have maintained his momentum with a hole-in-one on the 161-yard par three 17th hole.