Seamus Power will return home for a friend’s wedding delighted to have ended a first PGA Tour ‘Play-Off Series’ event with a rousing round of 67 at the Northern Trust in New Jersey.

Power jumped 25 places to just outside the leading 30 in a bogey—free final day effort of four birdies on the Ridgewood Country Club course in Paramus.

It was the West Waterford golfer’s lowest score all week by three shots but only after the anxiety of a closing hole par when he sent his 73-foot birdie attempt 10-feet past the cup.

Power then found the ‘side-door’ of the hole, much to the delight of an already big crowd gathered around the 18th. The finish jumped Power up to 114th on the FedEx Cup standings, a big move but unfortunately not enough to jump into the top 100 and progress to next week.

“That was a super way to finish and a good two-putt but it could been a round where I shot five, six or seven under as I had so many chances,” he said.

“But that’s the way it goes and to end bogey-free is always nice and I had a great time this week and it’s really whet my appetite to play more of these events. Given what I managed to achieve last week and how well I feel I played this week, I am hopefully going to be in a far better position coming here next year.”

But Power then exhibited the competitive side of his nature in expressing his disappointment he was not heading north along the I-95 to Boston and Friday’s start to the Dell Technologies Championship.

“I knew I had to play awfully well over the four days, even going into today, I knew that if I got a real low score going I thought I might sneak into the top-100,” he said.

“But I guess it wasn’t meant to be so that’s the way it goes.” 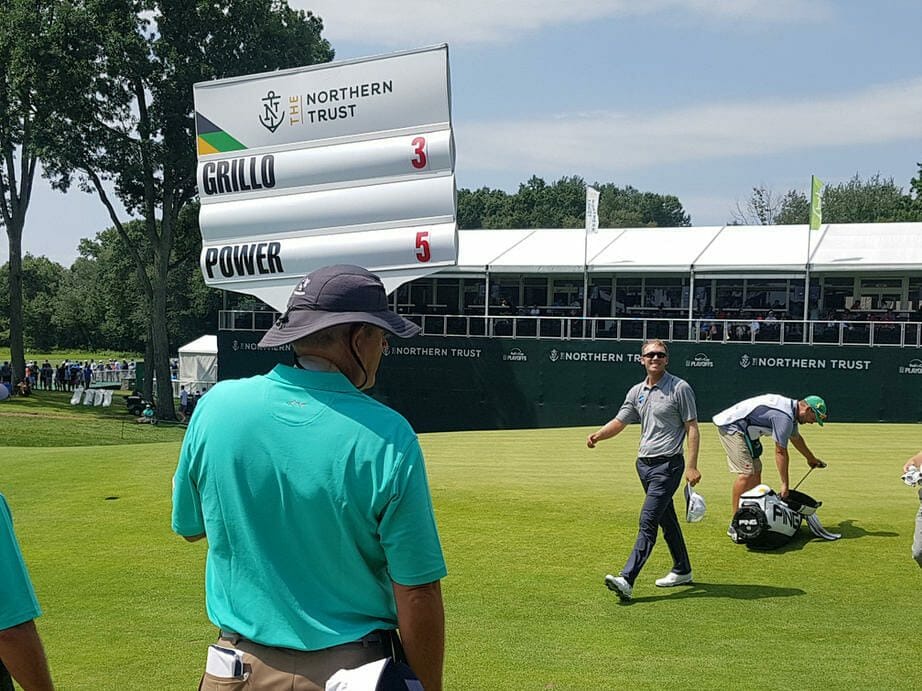 In the few well-earned weeks Power now has off he does also need to rest his hip, something that had troubled him all week in New Jersey.

“Looking back I should have maintained myself a little better but then playing those seven weeks in a row that I did  is why the hip is a little bit fatigued and that’s why it has been tightening-up,” he said. “But a bit of work in the gym should sort that out.”

Power’s next event will the first of the new 2018/19 wraparound schedule – the October 5th starting Safeway Open in Napa, California.
However he was unsure if he may qualify for the two events following it, the CIMB Classic in Malaysia and the CJ Cup @ Nine Bridges on South Korea’s Jeju Island.

“I honestly don’t know if I will qualify for the two events because I am not sure exactly how the qualification works and I would really enjoy going out there as I have hardly spent any time in Asia,” he said.
“So, I will figure it out over the next couple of weeks.”