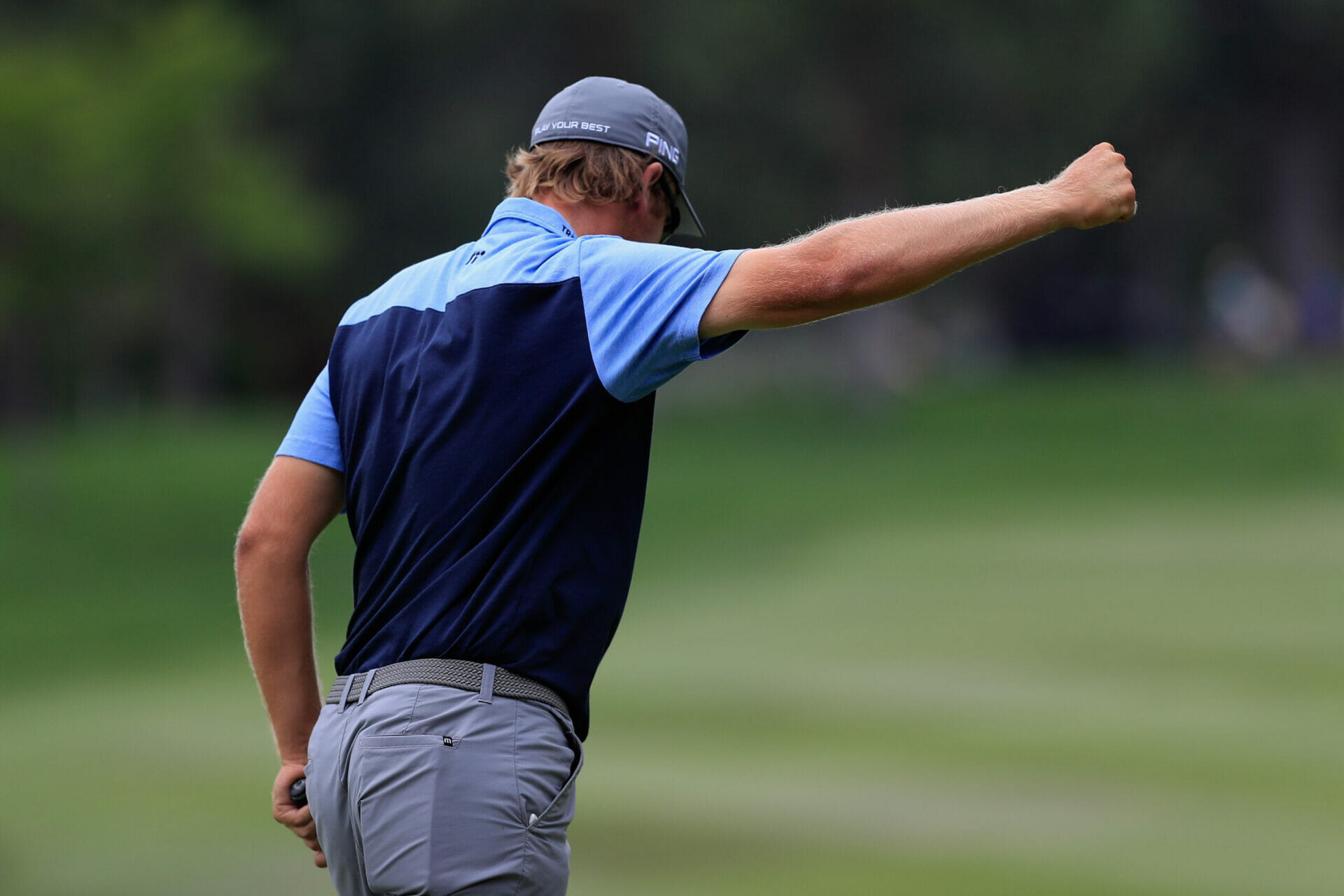 Seamus Power, if I was your mother I’d scald ya! Not for the first time, the smiley West Waterford professional put himself through a washing machine of emotion and came out the other side like Andy Dufresne escaping Shawshank, squeaky clean and with a lifetime of happiness to look forward to.

Indeed the last-minute man was at it again, intentionally missing the cut at the Wyndham to create a cliff-hanger finale to his season that would get him a job in the writing room of a potential Dallas spinoff series. With his PGA Tour destiny out of his hands, someone had to shoot JR Ewing out of 125th place in the Fed-Ex Cup standings for Power to prosper. Kristin pulled the trigger, (an ancient spoiler for you there) played by Sergio Garcia in this case as the Spaniard imploded to Power’s relief.

And it was relief that proved the overriding emotion for a man with no regard for his supporter’s well-being, nor his own for that matter as he grasped his place in the Promised Land without a nerve to spare.
“Overall I am very happy and relieved but it’s not the way you’d like to do it,” he admitted of the whole ordeal, one eerily similar to last year’s Web.Com Tour Championship where Power’s PGA Tour status lay in another man’s hands only for Roberto Castro to fumble it back to him right at the death.
“I got a few good breaks with the guys right behind me at 124th and 125th in the standings missing the cut by one and then Sergio making a few late bogeys was very helpful.  But I don’t want to go through that again,” he reflected.
“A bit close for comfort” is how he put it on twitter, like a marathon runner describing his blood-soaked shirt after 26.2 miles of it chafing against his red-raw nipples. Yet history won’t remember how he got there but where he ended up, rendering that god-awful quote often found on bathroom walls professing that it’s the journey and not the destination that’s most important, totally redundant.

Redundant, something Seamus Power won’t be any time soon. The qualified accountant revealed to me previously  having spent three years trying to qualify from E-Golf mini-tours to the Web.com that if it wasn’t for his successful assault fourth time ‘round, he probably wouldn’t have tried any longer. Putting up $1200 each week alongside 140 guys doing the same, it was a battle for bread as Power’s budget was stretched to the limit for a time.
His fortunes turned with an eventual procession through qualifying at Palm Beach in 2014 to finally take his place in Web.com company, and despite a slow start to his 2015 season, the Tooraneena man burst into life at the BMW Charity Pro-Am in South Carolina.  An unforgettable hole-in-one on his 71st hole not only earned him his first top-10 finish but also a brand new BMW X4, a car he held for a fleeting moment.
“You won it but you still had to pay taxes on it,” he said at the time. “So it was going to be a huge tax bill. When I didn’t get my PGA Tour card at the end of the year I figured I should downgrade and use the money smartly.”
Just as well he persevered on those mini-tours then because fast-forward to this week’s Northern Trust Open and not only is Power playing for a 9million dollar cash bonanza but waiting for him through the pearly playoff gates was a gleaming BMW 530i black sedan parked in his designated space on the lot.

Word from New Jersey is that Power’s been driving around with a customised registration plate reading ‘young banger’ that he borrowed from the set of Father Ted; top few buttons akimbo and a swagger on him that would melt Mrs Doyle’s heart faster than the butter Pat Mustard was delivering daily along with his milk.

Thankfully, Seamus is off on his rounds once more and let’s hope, unlike Pat Mustard, that he continues to deliver.