Power proud of reaching FedEx Cup and is raring to go 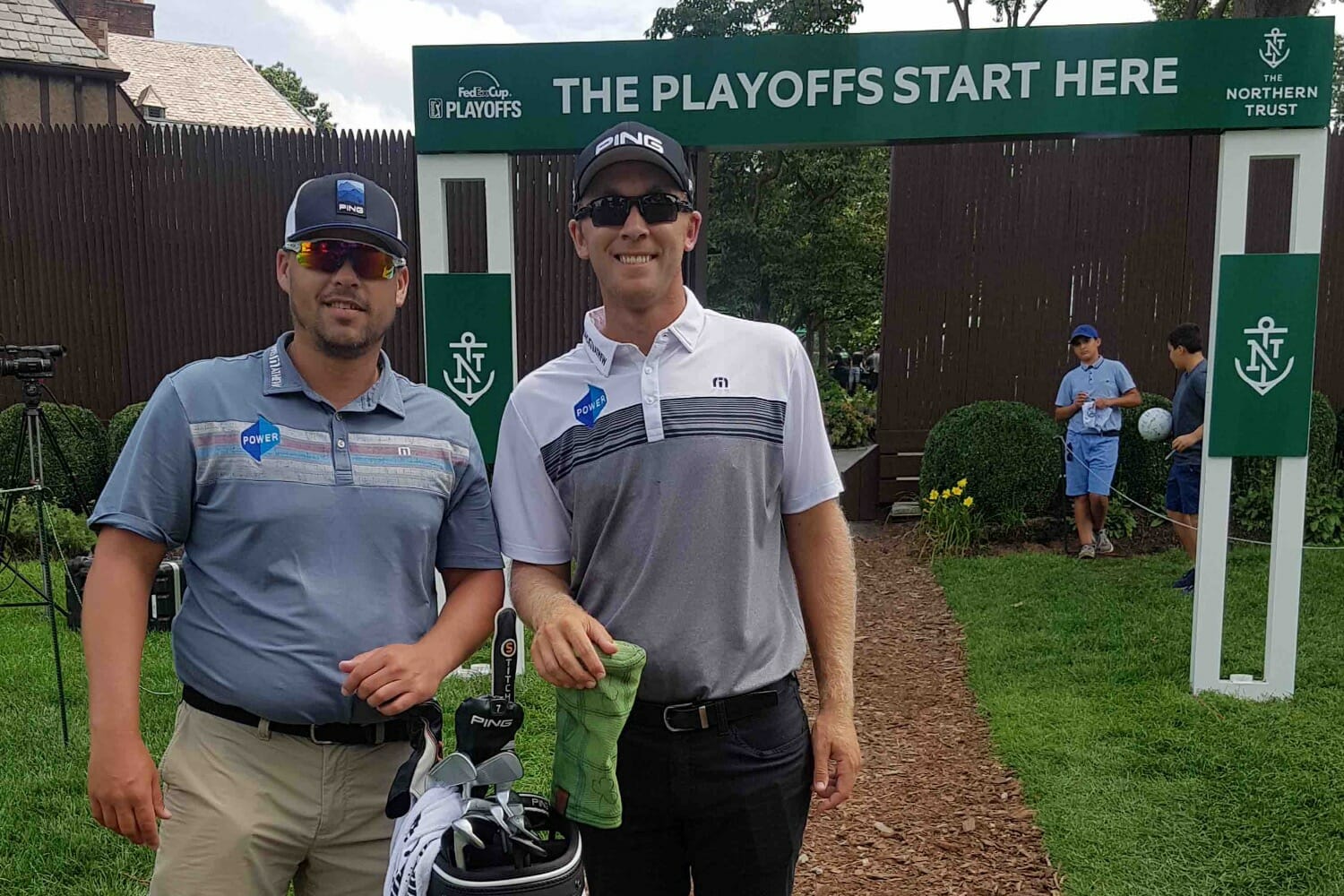 “Hey Seamus? How was your Sunday afternoon?” It was a question Seamus Power received from many of his PGA Tour colleagues, including Tom Hoge and Grayson Murray, as he proudly warmed-up Tuesday on the Ridgewood Country Club practice range in Paramus, New Jersey.

Earlier in the day, Power had been on a 6am flight out of Charlotte landing into nearby Newark Aiport at 8.30am before making his way the short distance to the course.

To Power’s immediate right on the range was World No. 3 Justin Thomas and close to his left was Phil Mickelson with all three staring at their own agendas ahead of this week’s $9m (Euro 7.8m) Northern Trust and the opening event of the FedEx Cup ‘Play-Off Series’.

Unlike Thomas and Mickelson, Power’s goal is simple following last Sunday’s anxiety in securing the 125th and last new season PGA Tour card and that is to go out and enjoy competing in the richest event he’s contested.

“When I finished on Friday at the Wyndham I thought I would be in Columbus, Ohio this week for a Web.com event and I was getting calls from the organiser wanting to know if I was coming or not,” he said.

“I have a buddy who works for Paddy Power and he had organised for me a spreadsheet of percentages of all the various scenarios last week.

I was trying not to look at it but he was sending me messages all the time and after the third round I was like 60.2% to retain my card but then early on Sunday I fell to as low as 21 and 22%.”

“Every time like someone managed a birdie or a bogey I would get like 10 text messages but having no control over the situation is definitely somthing I don’t want to go through again.”

Little wonder a glass or two of Jameson’s ‘Redbreast’ whiskey tasted so sweet to the West Waterford golfer.

“The main thing I learned in being glued to the TV last Sunday was ‘Don’t watch it’, but then it was hard not to,” he said.

“It was just so unusual as I couldn’t plan anything, either.  I was due to be in Ohio and they were calling me wondering what I was doing but I just did not know.”

“Now that I’m here in New Jersey, and it’s the first time I’ve competed in this State, it will the first tournament in my PGA Tour career where I can sort of free-wheel it and see what happens.”

“Having Justin Thomas hitting balls beside me it also kind of fun and though I only arrived this morning there is a different feel to the week already. Being here in the Northern Trust is right up there with being selected to represent Ireland in the Olympics. That’s just how proud I feel to be here.”

And Power is already looking ahead of to the ‘Fall Series’ and the start on October 4th of the 2018/19 season Tour schedule and not finding himself often ending near dusk, and virtually bringing-in the flagsticks.

“Following the U.S. Open re-rank this year I moved-up a category and it was just fantastic as I got to play on good greens which was different to the Fall Series last year as I remember events such as Las Vegas (Shriners Hospital for Children Open) and finishing in the dark and also the same scenario at the Safeway,” he said.

“Then there was the scheduling thing and not knowing quite whether you were going to qualify or not, and because of that you don’t know whether you could afford to skip a week or not.”

“So, to have secured my Tour card for next season and not have to go through the Web.com finals is definitely going to help.”