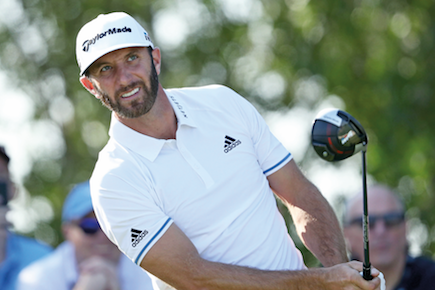 There two certainties in life; death and at least one of the following tips paying out at a price. Northern Trust us!

Punters beware this week as the Northern Trust Open rotates venues and is back at Ridgewood Country Club for the first time since 2014. The 7385 yard par-71 layout is a mash-up of the three 9’s there and is slightly tweaked from four years ago. Hunter Mahan and Matt Kuchar are past Champions at the venue to add to the intrigue/confusion!

Favourite Watch
Dustin Johnson as always is the favourite at 8/1 and up this week but surely the win-only bet has to be Tiger Woods at 16/1. The course requires ball flight magicians and Woods has been gathering momentum to the point that a coronation must be imminent.

Jason Day 14/1
The best way to describe Jason Day’s form right now is “simmering with intent”. Top-20 finishes in his last four starts from the PGA Championship back to the Travelers but lacking the conversion rate his green in regulation stats suggest to win. But back here at Ridgewood where he finished T2 in 2014 and T5 in 2010 I think Day can break through this week. Winner of the event in its previous incarnation as The Barclays in 2015.

Adam Scott 40/1
I’ve been flying the flag for Adam Scott a bit lately and still firmly believe he’s going to get the job done during The Playoffs. The long putter is back, Scotty cameo’d at The Open and put in a massive solo 3rd performance at the PGA Championship last time out. His T15 at Ridgewood last time it staged in 2014 should have been much better (I recall a poor Saturday) and he was also T9 at this week’s venue in 2010. The 2013 winner at Liberty National has a super chance.

Webb Simpson 33/1
I’m going to give Webb the benefit of the doubt here based on form because we’ve seen so many times how difficult it is for a guy to perform the week AFTER his home tournament where all eyes are on you and pressure is high. He’s also played twice at Ridgewood in the past and has no course form. Having said that his final round of 62 in North Carolina for a T2 thrilled the home support as he continues an excellent season which included a win at The Players and top-20’s in Carnoustie and Bellerive.

Pat Reed 50/1
Spotted Pat Reed well down the pecking order at 50/1 this week and it looks like a good value each way bet for a couple of reasons. Though scoring averages have improved as it has hosted, Ridgewood is traditionally tough and plays to Reed’s short game strengths.  He also knows the course and has done well with a T9 finish in 2014. And he won in the New York area at Bethpage in 2016 which plays into my “returning champions always get a boost” theory.  A missed cut at Bellerive last time out will be forgotten about.

Patrick Cantlay 40/1
Patrick Cantlay continues to impress me as he travels to virgin venues putting in solid performances. Hasn’t looked back since a solo 4th at The Memorial with strong showings at Carnoustie (T12) and Firestone (T6) along the way. His strokes gained tee to green strengths should be suited to Ridgewood. T10 in his debut at Glen Oaks last year.

Stewart Cink 80/1
Stewart Cink is one player I’ve spoken a lot about lately and he came good again with a T4 at the PGA Championship making a lot of punters very happy indeed. He has finished T15 on his last two visits to Ridgewood and with confidence high is well worth a long odds flutter.

Louis Oosthuizen 66/1
Stats to die for and a putter to cry for! Playing good enough tee to green to contend in his last five starts only to be let down on the greens. One good week with the flat-stick and Louis will be winning again. Is this the week?