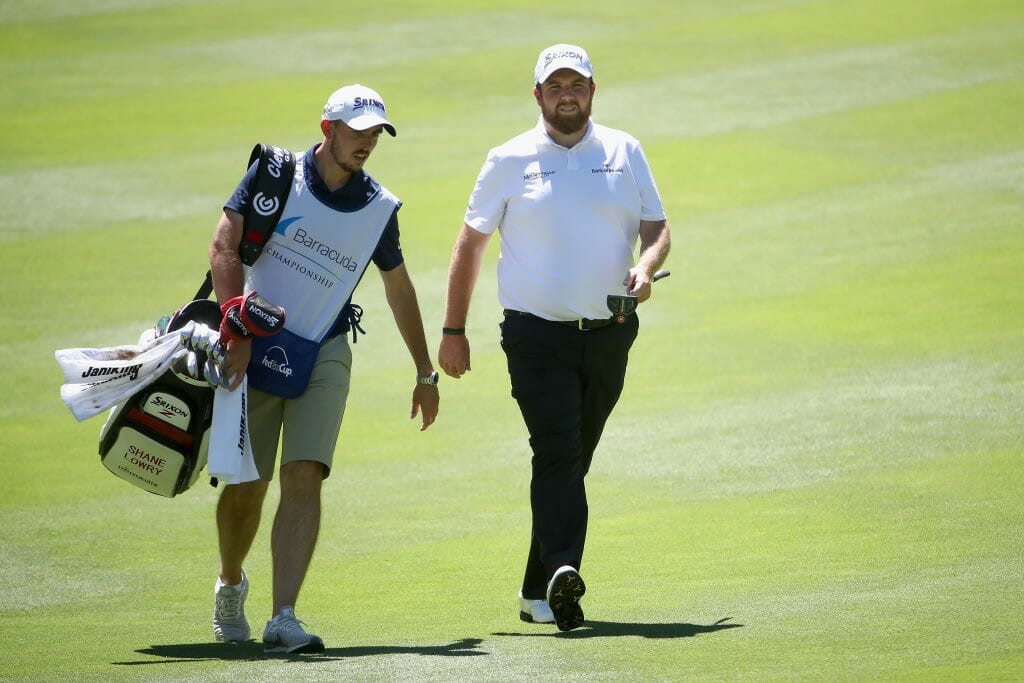 It’s been a hugely encouraging few weeks for Shane Lowry with brother Alan on the bag but their professional relationship will soon be coming to an end and Lowry has likened his task of finding a new full-time caddy to seeking out a new girlfriend or future wife.

Lowry’s younger brother, Alan will remain on the bag for this week’s all-important PGA Tour regular season-ending Wyndham Championship before Lowry ponders his next move in hiring a regular caddy.

Strangely, Lowry has recorded some of his best results in an indifferent 2018 season with his brother on the bag. A T12th finish in the Canadian Open, T15th in the Barracuda Championship and now T12th in Sunday’s exciting PGA Championship finale are a marked improvement on what came before.

It is easily Lowry’s most-consistent run of form all year and also since he and long-time caddy, Dermot Byrne parted after just one round at last month’s Open Championship. While it’s subsequently been an already profitable three events for the Lowrys earning $360, 267 (Euro 315,342) in prize-money with ‘baby brother’ Alan no doubt on a 10-15% of prize-winnings deal plus a weekly wage.

Lowry revealed he’s had offers for a full-time replacement caddy but it will all depend on what transpires this week. The Clara man is currently ranked 136th on the FedEx Cup money list needing to be inside the top-125 on Sunday night if he’s to retain his PGA Tour card.

“Alan has a full-time job in Deloitte and we are very lucky he was able to do these four weeks caddying for me,” said Lowry.

“He is caddying for me this week, and then if I get in the FedEx, I will have to try and get someone for that, which I don’t think will be too hard. If not, I am going to have about five or six weeks off and then I will weigh-up my options.

“I’ve not had too many offers but I am going to play it out until the end of the year and then see if I can get someone I want or I like. It’s tough because it is like trying to find a girlfriend or a wife as you do need to get on well with whoever you choose,” he added with a smile.

“I am very happy with what I am doing now, and I think there’s a possibility I might play in Portugal, and if I do, Neil Manchip (coach) might caddy for me. Alan might caddy in the Dunhill Links because he was due to come that week anyway so there is no mad rush.”

As Lowry and his brother headed off to North Carolina there was clearly a renewed sense of self-belief in the Irishman that had lay dormant for too long.

“It was great fun the last few days, as I said to Alan and my Dad driving to the course on Sunday, no matter what happens it’s been a great week, and it was,” he reflected.

“To be up there again in a Major on a Sunday is what it’s all about. It would have been nicer if I’d parred the last few or even made a birdie or two but there’s nothing I can do about it now.”

There was plenty of positives to take from Lowry’s strong St. Louis showing, not least him picking up seven spots in moving back to world No. 81 in the rankings.

“I feel like I can get back in the top-50 in the world that way and I also feel like I have got my mojo back and I have a bit of confidence more than anything else.

“I am going to Greensboro looking to contend as opposed to most of the year, going to try and make cuts. When you are trying to make cuts, you end up on the cut mark every Friday, and it just becomes demoralising. It’s a horrible place to be but more often than not I came out the right side.

“But then you are going into the weekend trying to shoot two low scores and if you shoot an average score on Saturday, you are playing for nothing on Sunday.”

He has it all to play for now.