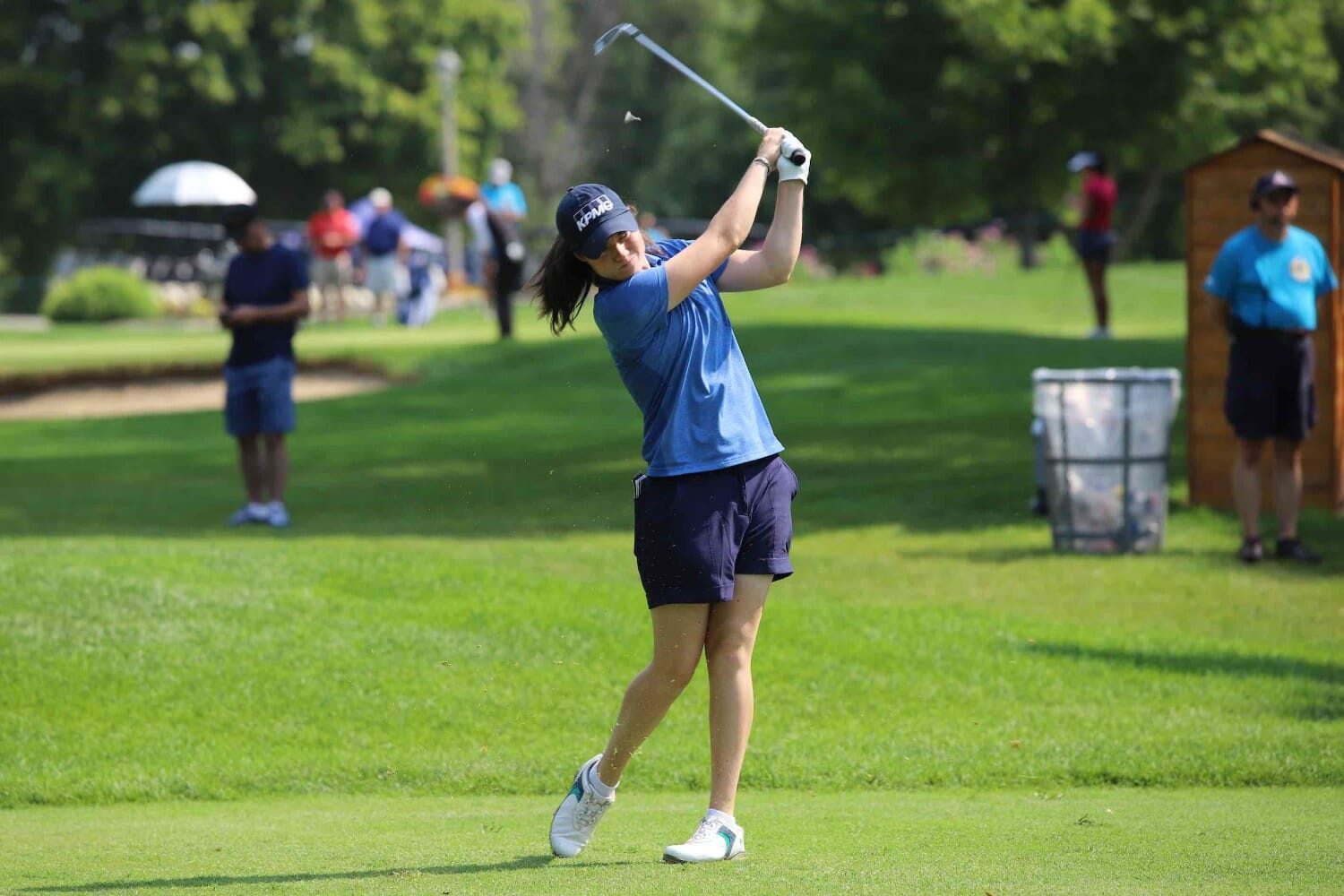 Leona Maguire returned a typically solid week to claim a top-50 finish at the close of the PHC Classic on the Symetra Tour.

The Cavan rookie wasn’t at her masterful best but ground out an encouraging even par 72 in the final round for a one-under total at Brown Deer Park Golf Course in Milwaukee.

Unfortunately for Jordanstown’s Stephanie Meadow, she had earlier fallen two shots short of making the final day cut after a rare blip in her consistent play this term.

At the business end of things it was a bogey-free final round performance by Lauren Coughlin (Charlottesville, Virginia) of 6-under par 66 that placed her into the winner’s circle for the first time in her professional career.

She got off to a good start with birdie on the par-3 2nd, but found trouble off the tee on No. 3. A magnificent shot landed Coughlin just off the backside of the green in the rough. Needless to say, she proceeded to chip-in and shift the momentum in her favour.

“If it doesn’t hit the hole, I think it’s going really, really far by, so I got a good break there,” Coughlin said laughingly. “After that, it was just rolling the right way and I was putting myself in good positions.”

A large part of the success Coughlin found en route to an overall score of 16-under par was no three-putts. The former University of Virginia standout credits that statistic to a change she recently made.

“I switched my putter last week to the one that I used in college,” said Coughlin. “I had been struggling all year with my putting, so I just needed something and it brought some good mojo. The putts were going in.”

The win does a lot to validate where Coughlin’s game is currently at. However, it has been anything but smooth sailing for her since competing in the 2017 version of the PHC Classic.

Coughlin said her time last year in the Badger State was where she hit “rock bottom” with the game. After a first round 9-over par, Coughlin decided to withdraw, in large part because of a back injury she sustained. In the weeks that followed, the former two-time All-ACC performer struggled with a wall of doubt and mental fatigue, but she didn’t let it stop her.

By last December, the 2016 ACC Individual Champion was competing at the Final Stage of the LPGA Qualifying Tournament, where she finished tied for seventh to capture full LPGA Tour membership for this season. The results so far in 2018, though, have been anything but pleasing for Coughlin. In 14 starts on the big stage, she has missed the cut 11 times.

“It has been a rough year on the LPGA and I haven’t played that great, but it is so nice to play well and even better to get my first win,” Coughlin said. “It definitely gives me confidence. I didn’t have great memories from here, but that certainly changed.”

Meanwhile, Dottie Ardina (Laguna, Philippines) earns her fourth runner-up result on the year. A bogey-free, 2-under par final round was not enough to capture her first career victory, as the current No. 1 in the Volvik Race for the Card finished at 15-under par for the tournament.

Following the 14th tournament of the 2018 Symetra Tour season, the Volvik Race for the Card saw absolutely no shifting within the top-10, staying the same for the first time this season.