Maguire & Meadow back on course in Wisconsin 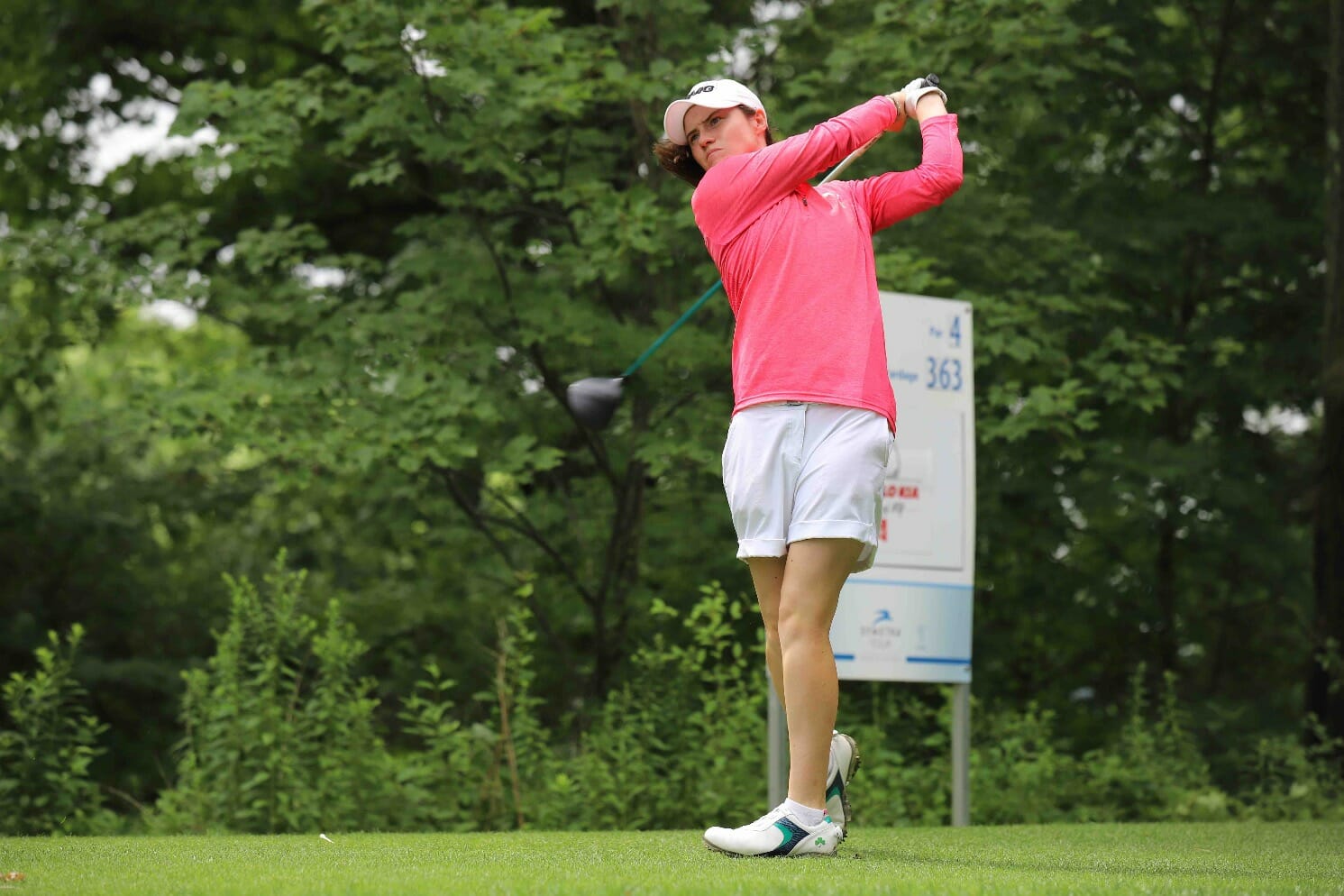 Neither player got off to a great start this week and both are tied in 77th place on +1 after rounds of 73. They find themselves nine shots behind the leader Dottie Ardina from the Philippines.

Maguire opened her account with three bogeys in her first four holes and then added another two and 12 and 13. She had a good stretch mi-round though with birdies on 5, 9 and 10 before a closing birdie on 18 to give her confidence heading to the second round.

Meadow too had a bogey on 4 before adding others on 10 but it was the two on 16 and 18 that will hurt the most as she was well positioned before that. She did grab birdies on 7, 9 and 13 though and lives to fight another day.

A total of 60 players sit at 1-under par or better after day one with a cut to the low 60 players and ties to be made following the second round.

For Dottie Ardina (Laguna, Philippines), it was a day to remember as she turned in a bogey-free, 8-under par 64 to take a one-shot lead into the weekend, “It was one of those days that it’s perfect yardage,” said Ardina, who hit all 18 greens in regulation and only recorded 28 putts this afternoon. “No in between clubs, making a lot of putts, hitting it closer to the hole and having fun out there.”

Currently No. 1 in the Volvik Race for the Card, Ardina has positioned herself nicely for a weekend run at her first career Symetra Tour win. So far this season, she has finished solo second on two occasions and tied for second one other time.

“The course is not too long for me,” Ardina said. “I hit a lot of 7-irons, which is like my comfortable approaching shot. The par-5s, even though my third shots are close from 80-85 yards, I’m really comfortable with the length of this course. It really suits my game.”

Meanwhile, just one shot back of Ardina is Karolina Vlckova (Kladno, Czech Republic). The former University of Florida standout has played in all 13 events this season, missing only two cuts along the way. Vlckova tied a season-best round of 7-under par 65, set in the first round of the Forsyth Classic where she went on to finish tied for 36th.