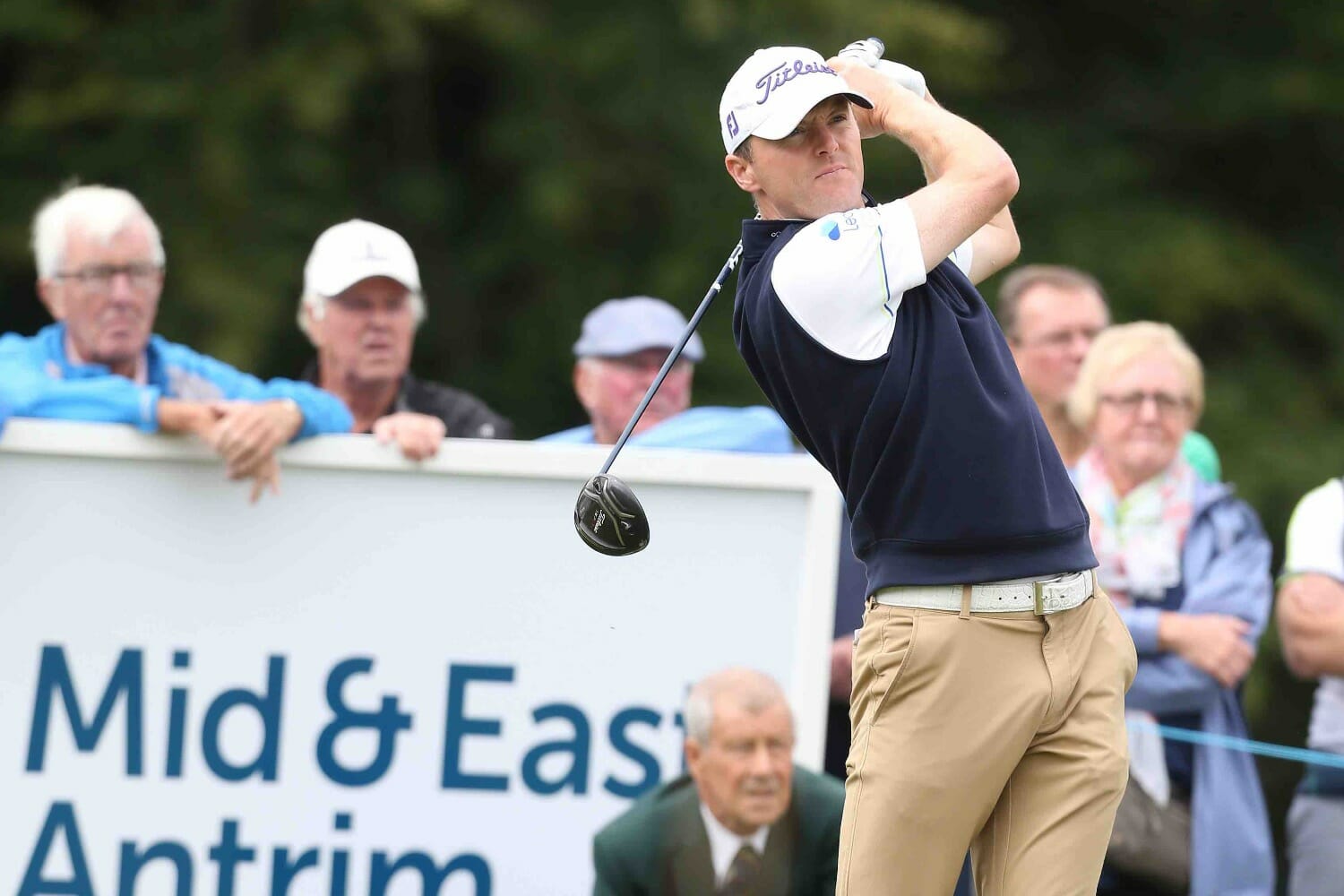 With less than a week to go before the Galgorm Resort & Spa NI Open, presented by Modest! Golf gets underway at Galgorm Castle, Tournament Ambassador Michael Hoey has shown a return to form of late and is hoping a good week in Ballymena can propel him further up the rankings.

Hoey dropped off the main tour a couple of seasons ago but the five-time European Tour winner has remained focused and is still eyeing a return to the top table. As the European Challenge Tour moves towards the business end of the season, players are hoping to secure one of the coveted top 15 places that guarantees playing rights on the main European Tour next season.

Hoey is currently 25th in the Road to Ras Al Khaimah standings but renewed confidence with the putter has given the 39-year-old belief that he can compete and the top level and still win on tour.

“Putting has been key for me this season. I’ve got a lot of confidence back with my putter and that feeds through the whole game. I’m enjoying rolling putts, sounds pretty simple, but yes, I’m enjoying my game just now,” said Hoey, whose last win came at the 2013 Russian Open on the European Tour.

“It’s fractional differences, thickness of the putter grip, way I grip the putter. I’ve been using the same Scotty Cameron that I’ve used for four years. Putting is a game within a game.”

His confidence with the blade bodes well for next week as the quality of greens at Galgorm always come in for special mention by the players, who are also glad the NI Open has returned to a traditional 72-hole strokeplay format.

“The condition of the course and facilities are massive factors for players planning their schedules. The course is always in very good condition and the greens are immaculate,” added Hoey.

“Everyone I speak to is happy we are back to 72-hole strokeplay. In 2017 we had a one-off opportunity to try something different with Shootout Sunday when the tournament was in close proximity in terms of time and distance to the Irish Open at Portstewart.”

After a mixed start to the season, Hoey found form in recent weeks and tied fourth at the made in Denmark Challenge in July and was tied seventh in the Italian Challenge where he shot four rounds in the 60s.

His best finish at the NI Open came in 2016 when he was eighth behind runaway winner Ryan Fox. The powerful New Zealander closed with a final round 62 to close out the win. In 2017, Robin Sciot-Siegrist from France secured his maiden Challenge Tour win in the Shootout Sunday format.

“It’s good to see former NI Open winners such as Ryan Fox and Joakim Lagergren (2014) have gone on to feature prominently on the main European Tour since their successes at Galgorm,” added Hoey, who continues to enjoy his role as Tournament Ambassador.

“The NI Open is always one of the best events of the year. I love being associated with it and enjoy working with the team at Galgorm. They do all the heavy lifting, I just turn up and play golf,” added Hoey, who has been the NI Open Tournament Ambassador since 2013.

Before the golf gets underway, Hoey will take part in next Tuesday’s NI Open Ambassadors Q&A Evening at the Braid Centre in Ballymena. He will be joined on stage by Northern Ireland Manager Michael O’Neill, former Ulster, Ireland and Lions rugby player Stephen Ferris with local favourite Liam Beckett to host proceedings on the night.

There are still tickets available for the NI Open Ambassadors Q&A Evening, priced at £12 for adults and £10 for under 16s with funds raised on the night helping the Cancer Fund for Children, this year’s NI Open official charity.

The NI Open Pro-Am gets underway on Wednesday, August 15thbefore the NI Open takes place from August 16th-19th at Galgorm Castle in Ballymena.

Tickets for the NI Open and NI Open Pro-Am are free, simply register online at niopen.golf

Tickets for the NI Open Ambassadors Q&A Evening hosted by Liam Beckett are available from the Braid Box Office or online http://www.wegottickets.com/event/445815. Tickets are priced at £12.00 for adults and £10.00 for under 16s.