McGinley finishes best of Irish at The London Club 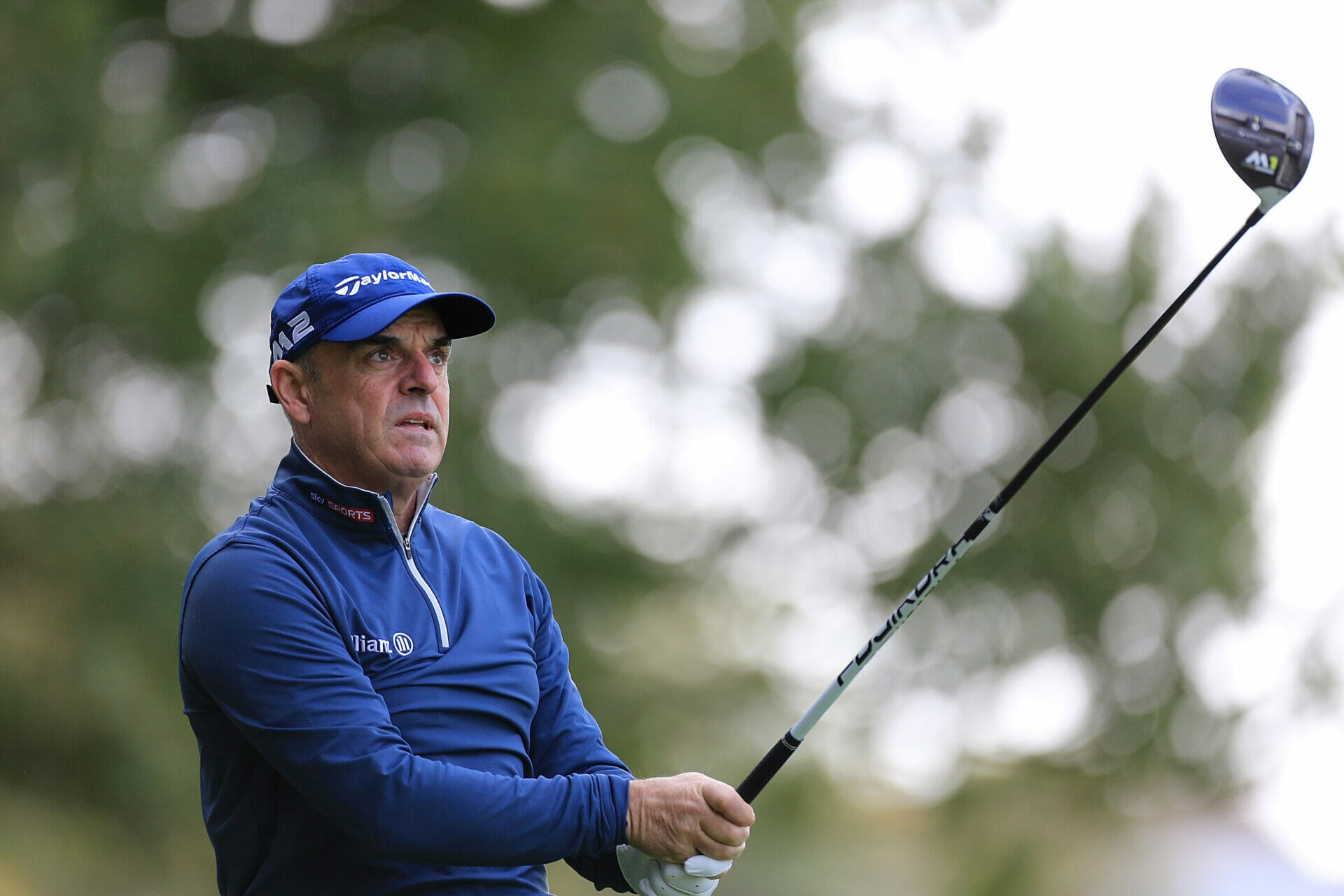 Paul McGinley signed off with a one-over-par 73 to sneak into a top-20 finish as the Staysure PGA Seniors Championship came to a close at London Golf Club.

After taking route 66 on moving day, the Dubliner would have been hoping to feature much higher on the leaderboard but two bogeys and a solitary birdie meant McGinley dropped 10 places down the leaderboard into a tie for 19th.

What have been more disappointing was that his two dropped shots came at the final two hurdles but it’ another solid week for McGinley who is proving an astute operator in Senior company this season.

Of the other Irish teeing up this week, Headfort’s Brendan McGovern returned a typically solid week, singing off for a two-under-par 70 to claim outright 44th spot on minus three.

Des Smyth snuck into a top-50 placing with a tied 49th finish on even par while Ronan Rafferty carded a disappointing round of 80 for an eight-over-par tournament total.

The week belonged to Philip Golding who equalled the course-record with a nine-under-par round of 63 to claim victory at London Golf Club.

The Englishman came from six shots behind with a stunning final day charge to card an 18 under par total of 270 to claim his first 2018 Staysure Tour title, and his third victory on the over-50’s circuit in 12 months at the European Tour Destination.

Golding started his surge with four birdies in his first five holes, before he gained another shot on the seventh hole to make the turn in 31 strokes, five under par. The 2017 Travis Perkins Masters winner began the day five groups ahead of the overnight leaders Santiago Luna and Greg Turner, and after the turn he continued to apply the pressure as the duo faltered in the heat.

A further four birdies saw Golding join Luna at the top of the leaderboard, before the Spaniard made three bogeys in four holes on his back nine to leave the Englishman two shots clear.

Even with a dropped shot on the 16th Golding remained in control and gave himself the chance for victory as he birdied the last after his 20 foot eagle putt failed to drop for a new course-record.

With the following groups unable to reach the 18 under par target, Golding was crowned Staysure PGA Seniors Championship champion, and added his name to the illustrious list of Championship winners.

“It’s an honour to win the Staysure PGA Seniors Championship,” he said. “It’s the 60th anniversary of this event, so I’m privileged to win this trophy and be associated with the PGA Seniors title and its past champions.

“I never thought I’d win when I teed off this morning as I was six shots behind. I started well by birdieing the first two and then was five under after seven.

“The momentum putt for me and what helped to keep me going was the par on nine. I hit a poor drive into the bunker. It was a good shot out, but I was 20 foot short for par, however, I sank it and that kept me going.

“The only time I looked at the leaderboard was on 16 after I made a mistake there. I made a good par on 17 and then a nice two-putt for birdie on the last. Magnus and Santi were up there but it wasn’t until 30 minutes later that I knew I was the champion.”

It was a disappointing day for overnight leaders Luna and Turner as they failed to improve on their third round scores. While Magnus P Atlevi finished runner-up, two shots behind Golding, as he carded a three-under-par round of 69.

Paul Broadhurst, the 2018 KitchenAid Senior PGA Championship winner, shot the second lowest round of the day, a seven under par round of 65, to finish tied third alongside Luna and South Africa’s Chris Williams.