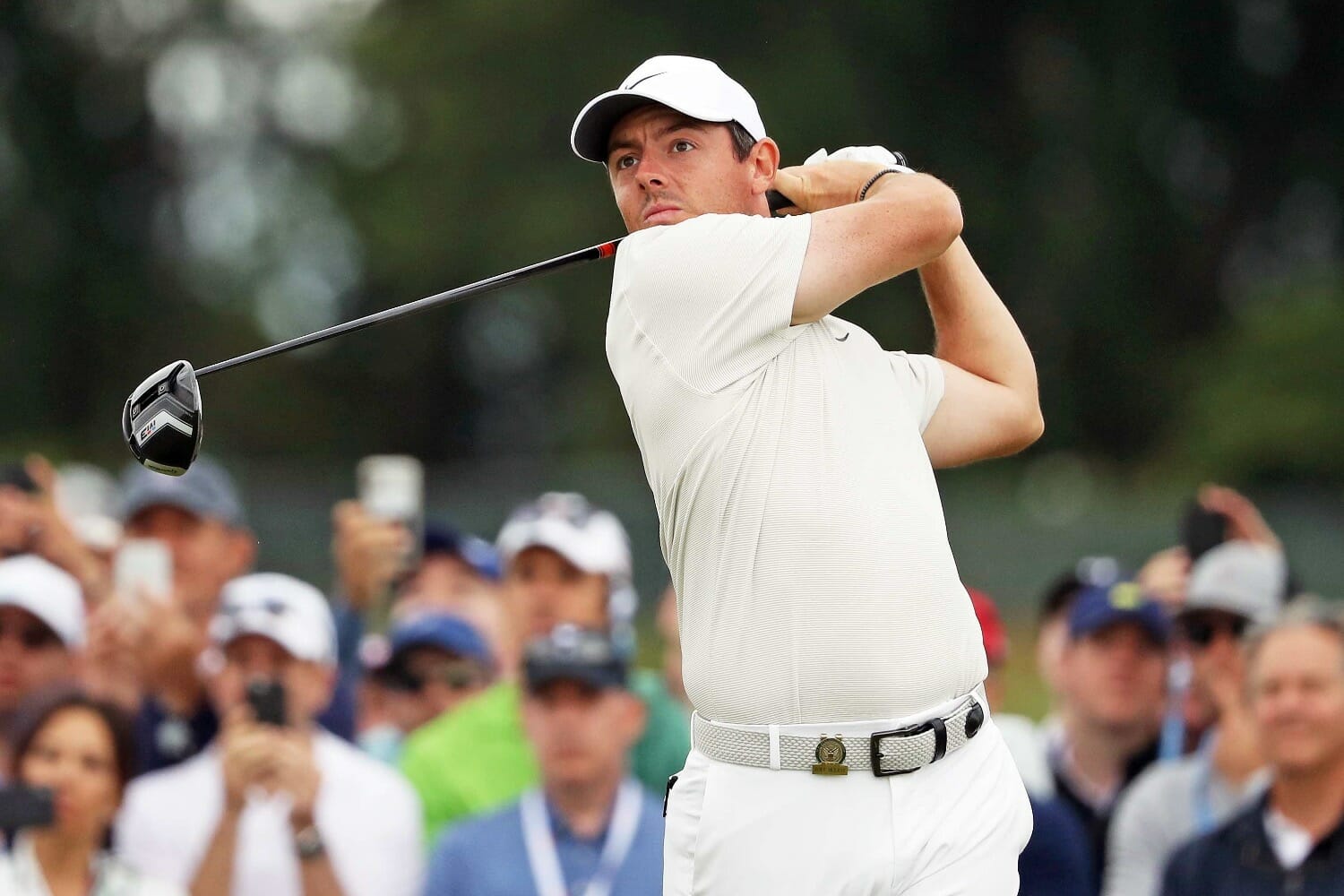 Rory McIlroy may miss the chicken wraps but he’s determined to bring down the curtain on the final WGC – Bridgestone Invitational with a victory toast on the Firestone course in Akron, Ohio.

This week’s 20th staging of the event is the last before the event moves to sweltering Memphis, Tennessee and rebranded as the WGC – FedEx St. Jude Invitational.

McIlroy captured the 2014 Bridgestone title in the middle of the greatest run to date in his career having won The Open a fortnight earlier and the PGA Championship a week later and in his seven Bridgestone appearances McIlroy’s got a great record with a victory and four other top-10s.

“I’ll miss the chicken wraps (smiling) but I’ve enjoyed competing here as I love the golf course and I’ve played well here and hopefully I can play well one last time,” he said.

“This has always been one of my favorite weeks of the year. I’m sort of sad it’s going to be the last one here. It’s a great week. It’s a great week to work on your game, to look ahead to obviously the PGA Championship next week.

“There’s stuff that you can take from the range to the course and try things out and you know, have the luxury of playing four rounds, I guess, not worrying about having to make it to the weekend. I’ve always played great here, I think, because of that attitude. I use it as a week to try and work on my game. And if I get myself into contention, then that’s just a bonus.”

McIlroy’s best inside-the-ropes memory is clearly his 2014 success and the second of three straight victories that year. And it was not just a first WGC title but the nature of his win.

“My favourite memory of my win here is the first five holes on the Sunday as I started three behind Sergio (Garcia) with he and I in the final group but then on the sixth tee I was two ahead,” he said.

“I just got off to a really hot start in birding four of the five holes and that was me off and running so it was cool but it was the mindset again of coming here looking to work on my game a little bit.”

“Then all of sudden you find yourself in the final group on the final day and you get off to a hot start like I did and then I’m thinking to myself ‘this tournament is mine’. It was cool and a good memory I will have from here in being able to control the tournament after that hot start and go on and win.”

Returning to competition this week is Tiger Woods, having spent last week with his family high in the Swiss Alps following his sixth place at Carnoustie. Woods has dominated the Bridgestone, winning the opening three from 1999 to 2001 and then three in succession from 2005 and further wins in 2009 and 2013.

His eight Bridgestone victories have earned Woods $9.65m while he’s a whopping 102-under par for the 59 rounds he’s played. Next best at 64-under par is USA Ryder Cup captain Jim Furyk while McIlroy is 33-under for 32 rounds of the Firestone course.

Though Woods is yet to win anywhere since his 2013 Bridgestone triumph, no other golfer in the history of the game has won the same event nine times.

“Well, I’ve always been a fan of this golf course ever since I first played here in ’97 so I’ve always enjoyed it,” he said. “I remember playing here before it was even the World Golf Championships, the World Series of Golf so it’s always been one of my favourite golf courses on the entire Tour and it’s unfortunate that it is leaving.”

“The people have always come out and supported this event. This has been one of the very few tournaments that is kind of a small-town atmosphere. It’s a very simple, straightforward golf course, which we don’t see very often anymore.”

“Also, this is away from the stadium golf that we seem to play a lot now on Tour, and I’m just excited to be here and be able to play.”

And new Open Champion, Francesco Molinari revealed he celebrated becoming the first Italian-born winner of a Major not by drinking a Chianti or a Montepulciano from the famed Claret Jug but water.

“I’m not a big drinker, so I filled the Claret Jug with water which is a bit of a blasphemy it feels like,” he said. “I do drink red wine, but it’s not my first passion, let’s say. And last week there was a lot of recovery needed, so it didn’t seem like a great time to get hammered.”

“But there’s been celebrations. It doesn’t have to be drinking to be a celebration. We sat down with the team on Sunday night, the part of the team that was still there, with my wife, just chatting about the week and how someone felt it was going to happen and someone didn’t.”

“So, we were just sort of chatting. Some crying. Not from me, but from other parts of the team. Just spending time together and chatting about it. It’s been really good. But I’m sure there will be times at the end of the season when everything comes down that something goes in it, but not yet. Then my coach was there a few days last week to get ready and he put in a special request to sleep with the Claret Jug one night, so I was happy to share it with him.”

“It’s just fun to have it around sitting on the table. Obviously, the kids love it and it’s nice to have it with us.”

Joining McIlroy this week is Paul Dunne, earning a maiden showing in the no-cut field thanks to last year’s British Masters success.

The Greystones golfer will tee-up with a doctor’s all clear after having had a cyst on his hand drained while Dunne also will head to St. Louis for next week’s PGA Championship.

The Irish foursome of Graeme McDowell, Shane Lowry, Padraig Harrington and Seamus Power will tee-up in the Barracuda Championship in Reno, Nevada.

All four will be looking for a winning jackpot and a move inside the top-125 on the FedEx Cup points table with McDowell ranked 143rd, Power 123rd and Lowry 155th to retain their Tour cards before the start of the Play-Offs later this month.

Harrington is ranked 222nd and can rely on a one-off ‘Career Money’ exemption to earn Tour 2018/19 membership.