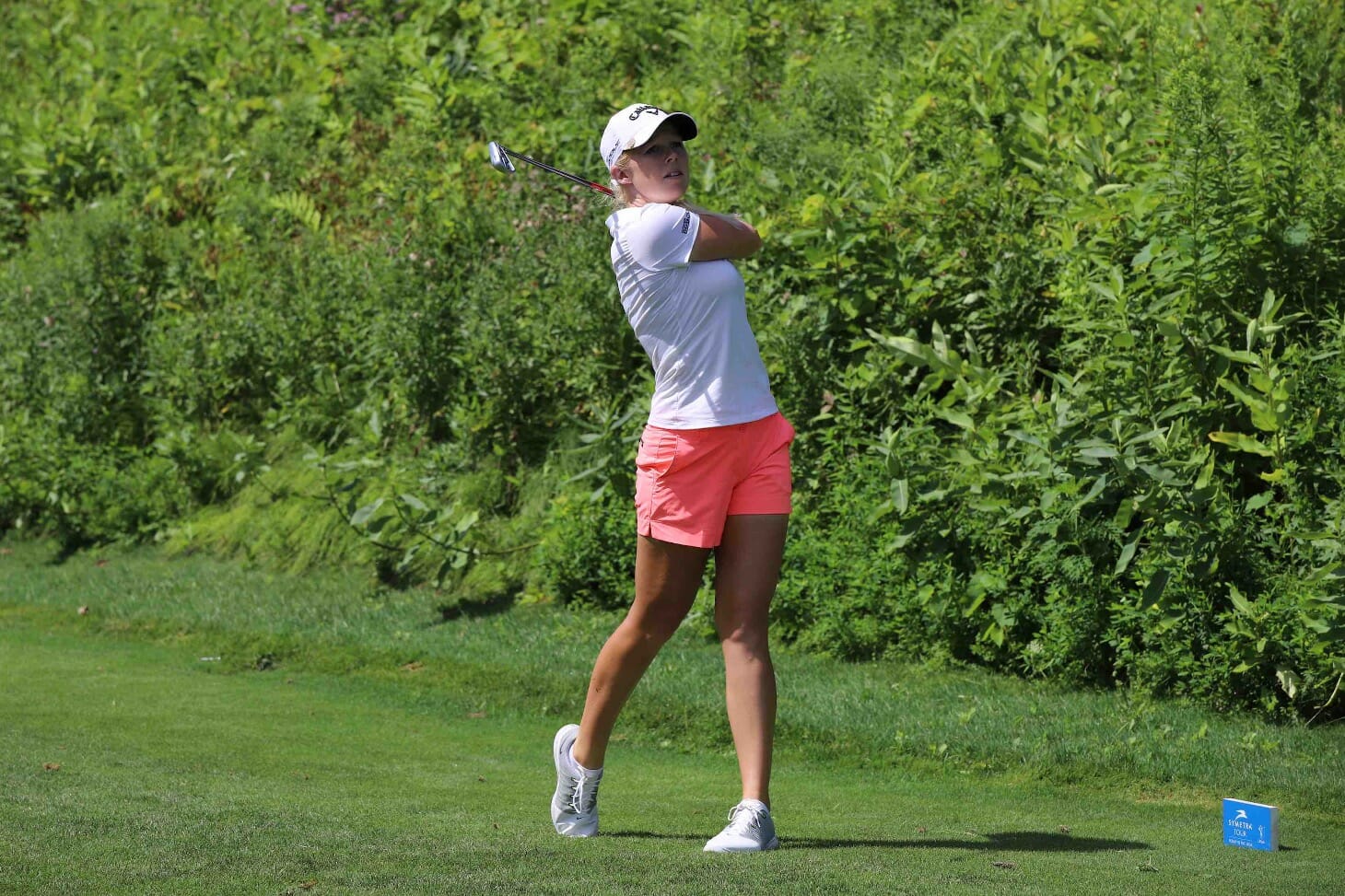 Ireland’s Stephanie Meadow kept up her assault on the Volvik OoM Race for the Card on the Symetra Tour at the Fuccillo Kia Classic of NY where she finished T30th.

Meadow, who was just off the back of a playoff defeat on the Tour last week returned rounds of 68 and 70 for a three under par total in the weather shortened event and maintained her second placed position on the Order of Merit leaderboard.

Meanwhile, Leona Maguire had another strong finish on the feeder Tour for the LPGA as she tied 11th after two rounds of 68 to finish on six under for the tournament and claim a cheque for $2,398.

At the top of the leaderboard a final round 4-under par 67 proved to be enough for Kendall Dye (Edmond, Oklahoma) to capture her third career Symetra Tour title and first since the 2017 Four Winds Invitational.  Dye finished at 10-under par overall and withstood a furious charge from Nontaya Srisawang (Chiang Mai, Thailand), who went 7-under on the afternoon for a solo second result just one shot back.

“It’s exactly what I was hoping for and I knew something was bound to change for the positive this year,” said Dye, who has conditional status on the LPGA Tour and missed the cut in all eight starts on the big stage. “I’ve been playing good golf and had great hope that I could turn in a result like this.”

The previous best for Dye at Capital Hills at Albany Golf Course was tied for second place in 2013.

In addition to her victory last year in South Bend, Ind., this championship also joins the 2014 IOA Golf Classic fighting for space on the trophy mantel. Even so, this win is every bit as unique as the first.

“It’s always special to win a professional golf tournament,” said Dye, after recording five birdies and only one bogey. “Proves to me that hard work and belief is everything.”

With the event shortened to 36 holes because of Mother Nature, pairings were as if the field was playing a normal second round. Therefore, leaders did not get placed together, but it was nothing the Tour veteran hasn’t seen before.

“You kind of have to always assume that the people in the tournament are going to play lights out, and it’s really hard to follow yesterday having nine birdies,” Dye said. “I really wanted to shoot 63 today because I’ve never touched it. Then I had a slower start and while we were out there mid-round I said let’s get to 10-under.”

Nonetheless, it still seemed like those atop the leaderboard were in the same group because they were. Dye was joined by Hyemin Kim(Seoul, Republic of Korea) and Clariss Guce (Artesia, California), who opened play with three consecutive birdies to draw even with Dye early on.

The momentum created by her playing partner only fueled the University of Oklahoma alumna more.

“Clariss got off to a beautiful start making tons of putts and you just have to accept that, not let it rattle you,” said Dye. “Since she was near the lead it kept me going, made me play smart and buckle down. It also made me play a little aggressive at times.”

Following the 13th tournament of the 2018 Symetra Tour season, the Volvik Race for the Card saw a good amount of shifting within the top-10.

The win and $18,750 winner’s cheque launched Kendall Dye up 46 spots in the rankings to No. 20, having earned $27,401 through five events played. Here is a look at the current top-10 heading into the week off and before the PHC Classic in Milwaukee at Brown Deer Park Golf Course from Aug. 10-12: