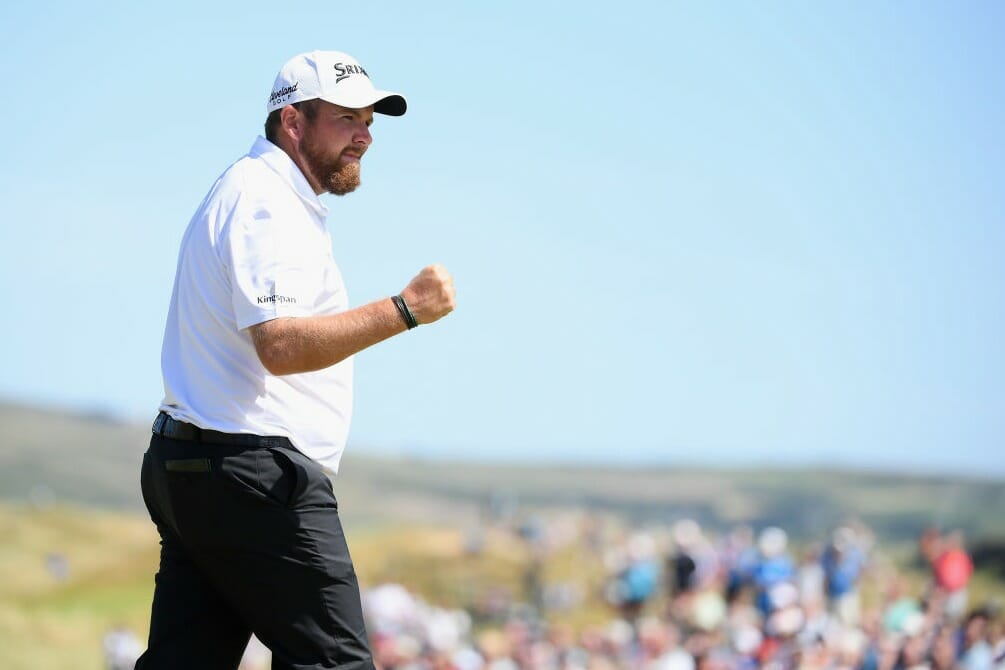 A bogey free second round 67 jumped Shane Lowry up 46 spots to sit just outside the top 20 entering the weekend at the RBC Canadian Open.

Shane’s brother Alan took over bag duties this week and the Lowrys now face a run of  5 events planned on the PGA Tour as Shane tries to play his way into the top 125 on the FedEx Cup rankings and secure his card for 2019. The Offaly duo are currently in 167th position and needing a good finish to the season as his exemption for winning the WGC Bridgestone invitational expires at the end of the season.

Graeme McDowell followed his opening round of 67 with a level par 72 in round two and sits in a tie for 44th on -5. Seamus Power missed the cut by two which fell at -4.

At the top, Keegan Bradley played the last four holes in 6 under, making two of his three eagles Friday, to pull within a shot of the lead.
Playing alongside leader Kevin Tway at Glen Abbey, Bradley closed birdie-eagle-birdie-eagle for a 9-under 63. He also eagled the par-5 second hole.

“That was wild,” Bradley said. “It turned kind of an average day out here into something really special. There’s not many courses you can do that on like you can out here. That’s what makes it such a great event.”

Tway birdied the final hole for a 65 to get to 13 under. He’s trying to win for the first time on the PGA TOUR in the event his father won 15 years ago at Hamilton for his last victory.

“I talk to dad every day, no matter if I’m home, here,” Tway said. “We talk about every round. He can probably tell you what kind of shots I’m hitting just by like watching on TV. He knows what the swing looks like. He’s been there throughout, so he’s a big key for me.”

“If you hit a good drive, it’s really narrow, you’re going to have mid-iron in,” Bradley said. “That’s why it’s a fun par 5 is it’s so tight. But I got down there, and I had a perfect number with a wedge and hit it to 20 feet.”

The 32-year-old American won the 2011 PGA Championship and has three PGA TOUR victories, the last in the 2012 World Golf Championships-Bridgestone Invitational.

“I’ve got to just go out and do it now,” Bradley said. “I’m at the point where I have to go out and play and contend, so I have a chance this week.”