Fox feeling right at home in the North Pole 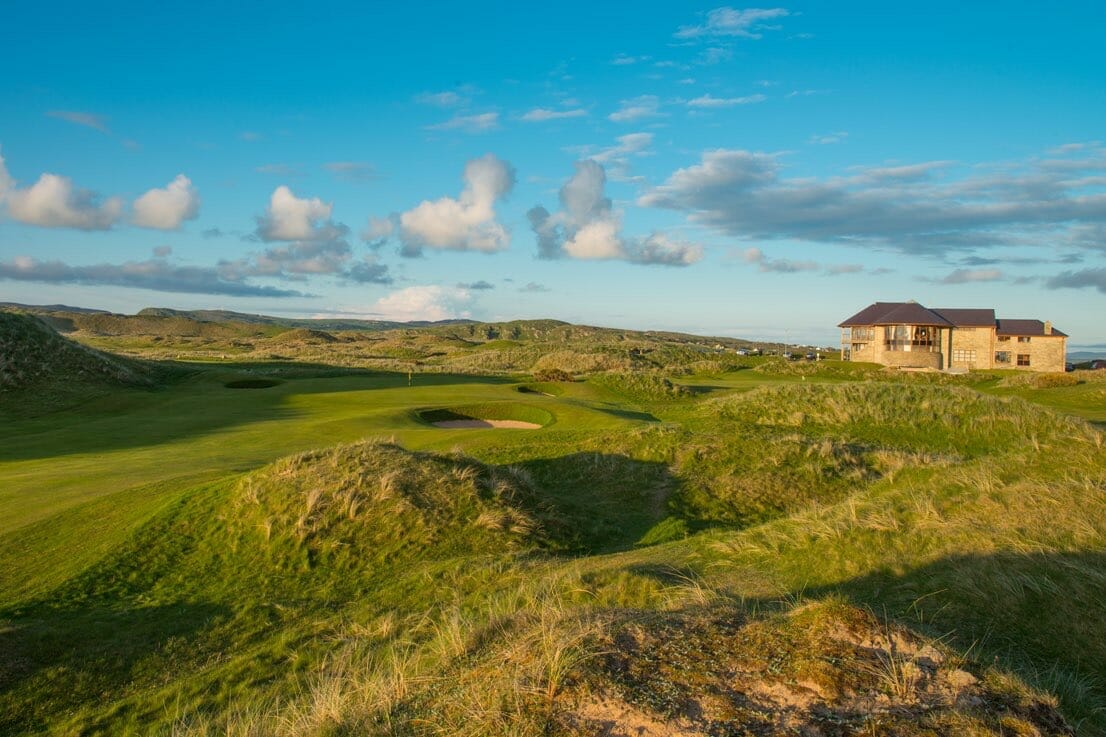 An Englishman once stopped and asked a local for directions in Donegal. “Is this the right way to Ballyliffin?” he asked. The local pointed up the road and replied “When you get to the North Pole, keep going straight.” “Ah piss off” fumed the tourist as he wound his window up and sped off. The local was bemused, wondering what the Englishman would think when he reached the North Pole pub just a few miles down the road.

Whether truth or rural legend, the existence of a local watering hole called the North Pole tells its own story. In fact, Ballyliffin is about a 15-minute drive due North from the pub, with only Malin Head – Ireland’s Northern tip – beyond.

Taking the Irish Open to a location as remote and to a course largely untested was a bold move by the European Tour and left a lot of questions to be answered. Would the players come? Would the fans? And how would the course stand up to the assault from Europe’s best?

A little disappointingly, host Rory McIlroy and defending champion Jon Rahm are the only top-10 world ranked players in the field. Even more disappointing is the fact that just six of the top-50 are competing. That being said, the Irish challenge is as strong as ever, with our four major champions joined by former Masters champion Danny Willett, and former world number one Lee Westwood.

The long trek to the Northern end of the Inishowen Peninsula wasn’t enough to deter the spectators, with 13,716 attending Thursday to add to the 11,487 that came through the gates for Wednesday’s Pro-Am. Ordinarily, Thursday’s weather could expect to draw maximum crowds, but in this extended spell of fine sunshine, Thursday was forecasted to be the coldest day, and with temperatures retuning to the 20s on
Friday and Saturday, the daily attendance numbers are expected to rise.

The weather, the relatively strong start of McIlroy and the very strong start of Padraig Harrington make it possible that this year’s attendance figures could surpass the near 80,000 that came through the gates in Portstewart last year, despite being some 4,500 down on the week to date.

As for the course?

It’s often said that wind is the only real defence of a links course. Relatively benign conditions in Portstewart in 2017 saw Rahm bring the course to its knees, posting two 67s sandwiched by a pair of 65s. The fear was that similarly calm conditions this year would see Ballyliffin’s Glashedy Course suffer a similar fate, but with the course playing firm and fast, and with just a handful of groups still out on the course, more than half the field are in blue numbers, with just 44 currently under par.

Kiwi Ryan Fox’s was among the early risers, and his five-under was posted before most of the afternoon wave set out, as were most of the best scores on day one.

There is a long way to go, but currently, it’s the man from the Southern Hemisphere who is feeling most at home north of the North Pole.