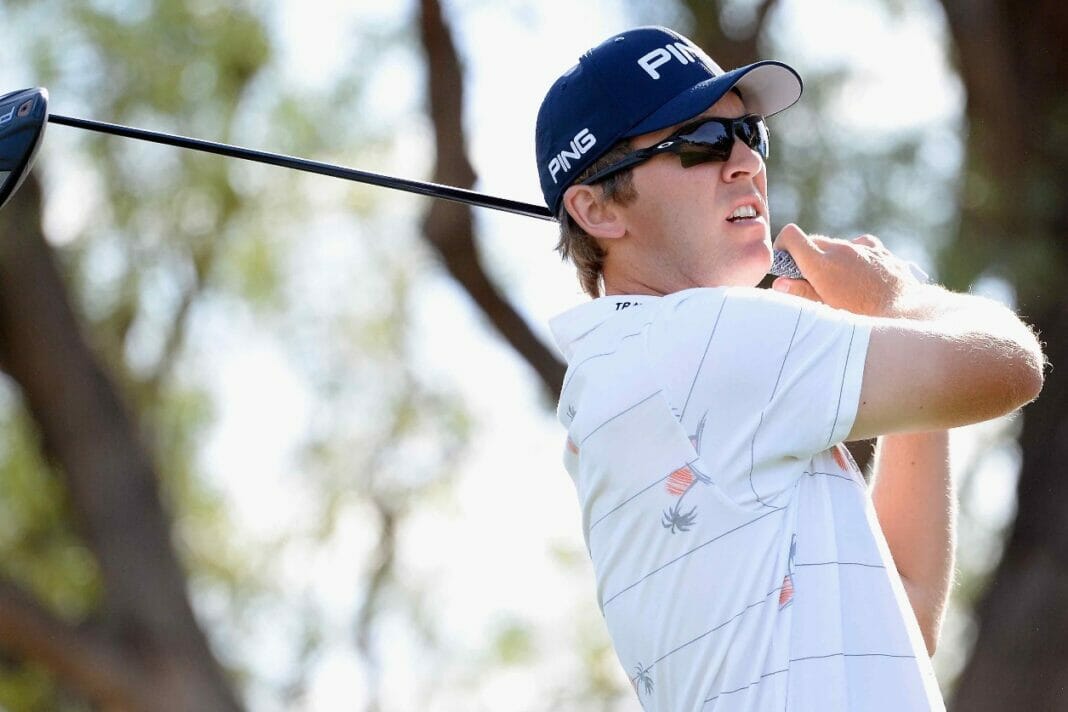 Seamus Power is inching ever closer to securing his PGA Tour card for next season after easily making the halfway cut in the Quicken Loans National with a T20 position.

Power celebrated his 21st event of his 2017/18 season,  adding a level par 70 to his opening 66 to be just five shots off the lead at four-under par heading to the weekend rounds on the TPC Potomac course in Potomac, Maryland.

The West Waterford golfer, lying 119th on the FedEx Cup points table, is just one shot behind Tiger Woods, who shot a 65, and only five behind the leading trio of Beau Hossler (66), Brian Gay (64) and Ryan Armour (65) at nine-under par.’

Italy’s Francesco Molinari (65), and winner of the recent BMW PGA Championship, along with American Billy Horschel (68) are next best on eight under.

Power kick-started his round holing an 11-foot putt for birdie but then dropped shots at four and nine but then after six regulation pars holed a 20-footer for birdie at the par-4 16th.

“It’s been a good two days though I didn’t much on the greens today,” said Power after his round. “The good thing is I am in decent shape for the weekend and hopefully no more than five or six behind.”

“My game is coming along and it’s not exactly where I would want it as I am still hitting some loose shots I don’t like, but it’s getting there.”

The 31-year old Irishman has now made the halfway cut in 11 of his 21 events this year including now three in succession though Power hopefully will not, in the end-of-sesaon bigger picture, come to rue a horror early season downturn in missing four cuts on the bounce.

It is why Power has revealed he did not seek an invitation into next week’s Irish Open as he is more focussed in wrapping-up his Tour card for the 2018/19 season by finishing inside the top-115.

“No, I’m not playing the Irish Open as I need to focus on my card here in the U.S.” he said. “If I was in good shape and had my card locked-up I would look at the Irish Open differently so hopefully next year I can head back home to play at Lahinch.”