Hoey into top 10 at Made in Denmark Challenge 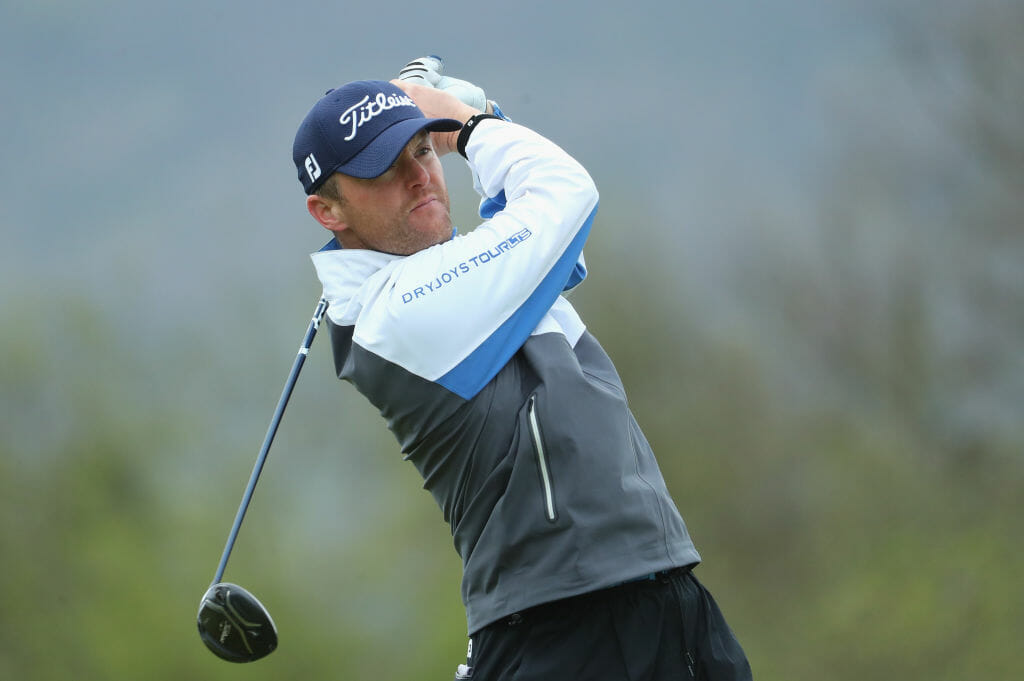 Michael Hoey took up the mantle of leading Irish player at the Made in Denmark Challenge presented by Ejner Hessel as he fired a five-under-par 66 in round two.

The Northern Irishman carded an eagle on the 8th having been plus one through his first seven, before bursting into life on the back nine. Hoey returned four birdies in five holes on his inward half to be home 31 and shares 10th spot at the halfway stage in Himmerland.

It wasn’t such a good day for Dermot McElroy who shot out of the traps with a 65 on day one. The Ballymena professional endured a yoyo of a round, carding two eagles along with four double bogeys to fall into the clubhouse in 74 strokes.

At three-under-par, McElroy finds himself in a tie for 21st, eight shots off the lead and with it all to play for with 36-holes to go in Denmark.

Meanwhile, Jonathan Caldwell returned a 74 of his own which proved to be the right number as the Clandeboye pro snuck inside the cut-mark at plus one for the tournament.

At the top, Mark Flindt Haastrup continued to impress on home soil as he took the lead at the end of Day Two in Denmark.

The Dane followed up his opening round of 64 with a four-under-par round of 67 to move ahead by three shots and enhance his chance of victory in-front of his home fans.

The 34-year-old holed four birdies and only dropped one shot on the tricky back nine – his first nine holes – and remained in control down after the turn. He made another two birdies and only one bogey to move away from Englishman Marcus Armitage and the chasing pack.

Armitage lit up the Backtee Course at Himmerland Golf and Spa Resort with six birdies in his first nine holes to race up the leaderboard. But the 2016 Foshan Open champion could not catch Haastrup as he shot two over par after the turn to card a round of 67.

With the chance to claim his first European Challenge Tour victory since 2008, Haastrup has used his knowledge of the course to his advantage and is thrilled with his prospects for the weekend.

“I’m in a place in my career and also on the Rankings where I’ll take a win anywhere,” he said. “Obviously, when the chance to win is in Denmark and at Himmerland where the course is so good and in such good shape, plus there’s a good atmosphere with all the people, then it would be great.

“It was a little bit tougher with the wind today, but I’m very happy. I was maybe a little shakier with the irons, which were spot on yesterday, but I got some birdies here and there and it was a good round.

“It’s been a long time since I’ve been leading a tournament, but I don’t see why I wouldn’t be comfortable out in-front. I think I’ll cope fine being in the final group and if I don’t, well there is another day where I can shoot a good score.”

Joachim B. Hansen and Marco Iten, Haastrup’s co-leaders from the opening round, could not take advantage of their first day position, as the pair both shot one over par. However, Antti Ahokas and Christopher Feldborg Nielsen both challenged the lead with their seven under par rounds of 65.

Feldborg Nielsen made a hole-in-one on the par three 16th on his was to his lowest round of the year, while Finland’s Ahokas began a late charge but finished double bogey-birdie-double bogey to also sit four shots behind the Dane.