Koepka singles out Ulster caddy, ‘I love him to death’ 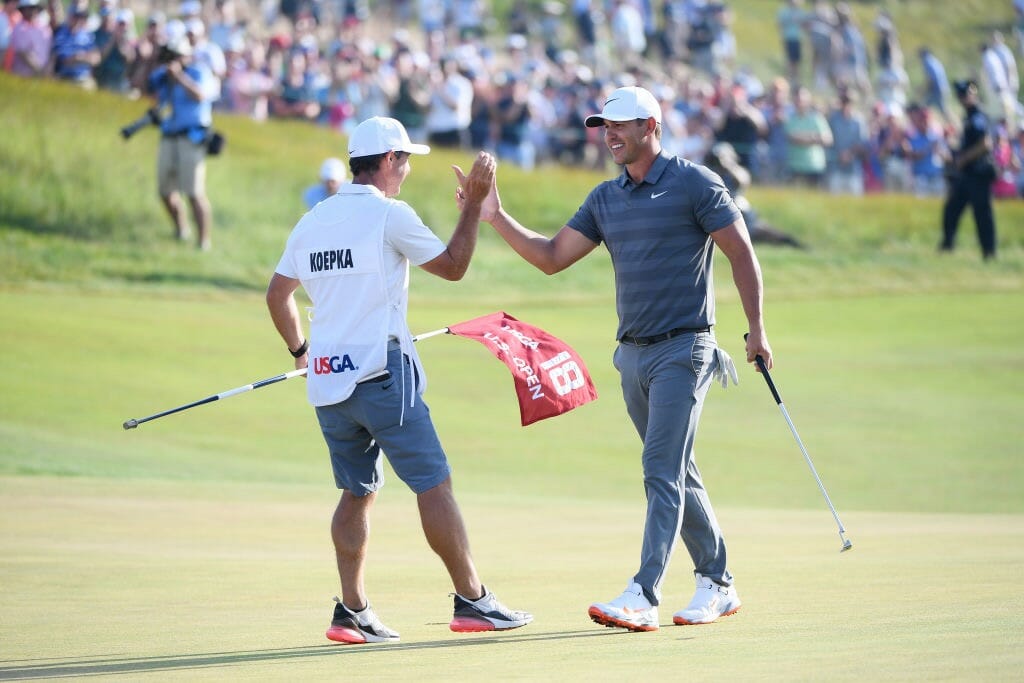 For a second year running Elliott was the first to be congratulated as Koepka became the first player in 29-years to successfully defend the U.S. Open title.

Elliott, now aged 41, had enjoyed a very successful amateur career and represented Royal Portrush in winning the 1995 Ulster Boys Amateur Open at Ardglass and also the Ulster Youths before becoming a full-time caddy.

However the marriage of the now dual Major Champion and Elliott only came about after Koepka captured the 2013 Challenge Tour’s Scottish Hydro Challenge, his third success that year on that Tour.

The three wins automatically earned Koepka his full European Tour card for 2014 but one of the more immediate rewards was a tee-time in the 2013 PGA Championship at Oak Hill in upstate New York.

Koepka’s regular caddy could not travel to the US and it was Koepka’s coach, Claude Harmon and son of Butch Harmon who asked Elliott if he’d take on the job of caddy.

Nearly five years on and now the proud owner of two U.S. Open trophies, Koepka was asked about his relationship with Elliott.

“I love the guy to death. I think, when we were 6 over late on Thursday and he told me get it going, get it back. We’re not out of this thing. He was right,” said Koepka.

“Ricky said just keep plugging away. There’s a lot of golf left. You never know what the conditions are going to do. I think he told me it was going to get easier, so just hang in there, and it did on Friday.”

“But as far as Sunday went, Ricky is honestly one of my best friends. I love the guy to death. He’s an incredible caddie.”

Knowing Elliott, it will not be an issue as he will do the job that is expected of him.