Maguire gets an ace and moves inside top 10 in Illinois 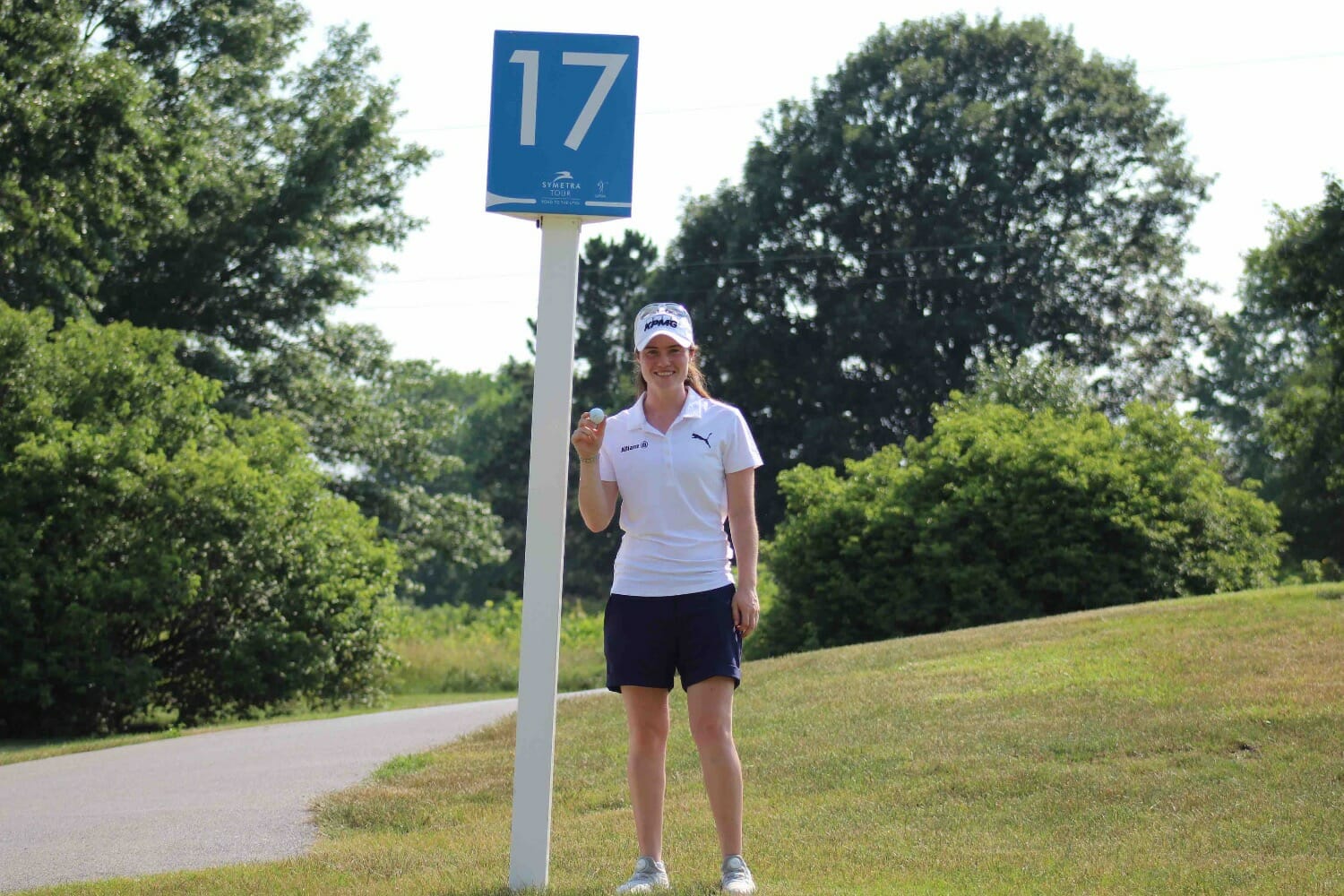 Leona Maguire put in another outstanding performance on the Symetra Tour yesterday in Illinois and is now inside the top 10.

Maguire, who is making her Symetra Tour debut this week at the Forsyth Classic, has continued to show no sign of nerves and returned a second round 68 to add to her opening 69, leaving her in tie for tenth place on seven under par and she also had the ‘shot of the day’ yesterday as she recorded an ace on the par-3 17th from 149 yards with a 7-iron.

Stephanie Meadow also returned an excellent round of 68, which leaves her on six under par, one stroke behind Maguire in a tie for 17th and with everything to play for while the other Irish representative, Lisa Maguire, unfortunately didnt make the cut.

It was a day for making noise with several players making their moves but none were bigger than Nontaya Srisawang (Chiang Mai, Thailand), who shot a bogey-free 7-under par 65 to claim the outright lead after 36 holes.

It brings Srisawang’s two-day total to 12-under par 132, good enough for a one-stroke cushion heading into the final round.

“I hit my tee shot better than yesterday and I can make a putt,” said Srisawang. “First I saw the leaderboard and got a little bit excited. Then I told my friend who caddies for me, if I stay focused what I have to do right now, then I don’t have to worry where is my position. I told her if I can stay with myself, that is my goal.”

Comprising the other half of the final pairing tomorrow is Isi Gabsa (Munich, Germany). The former two-time winner on the Ladies European Tour (LET) Access Series also carded a 7-under par 65 today, only with six birdies, a bogey and an eagle.

“You always hope to be on top of the leaderboard and you work hard, everyone out here is working hard for it,” Gabsa said. “It’s always nice to get the work paid off at the end. I’ve worked a lot on my pitching and short irons, to hit it closer and make more birdies. Those two worked pretty well today.”

Heading into Sunday at Hickory Point Golf Course, a total of 67 players made the cut of 3-under par. Play begins at 7:30 a.m. CT tomorrow with all groups starting off No. 1 tee.