McIlroy singles out Shinnecock as favourite US Open venue 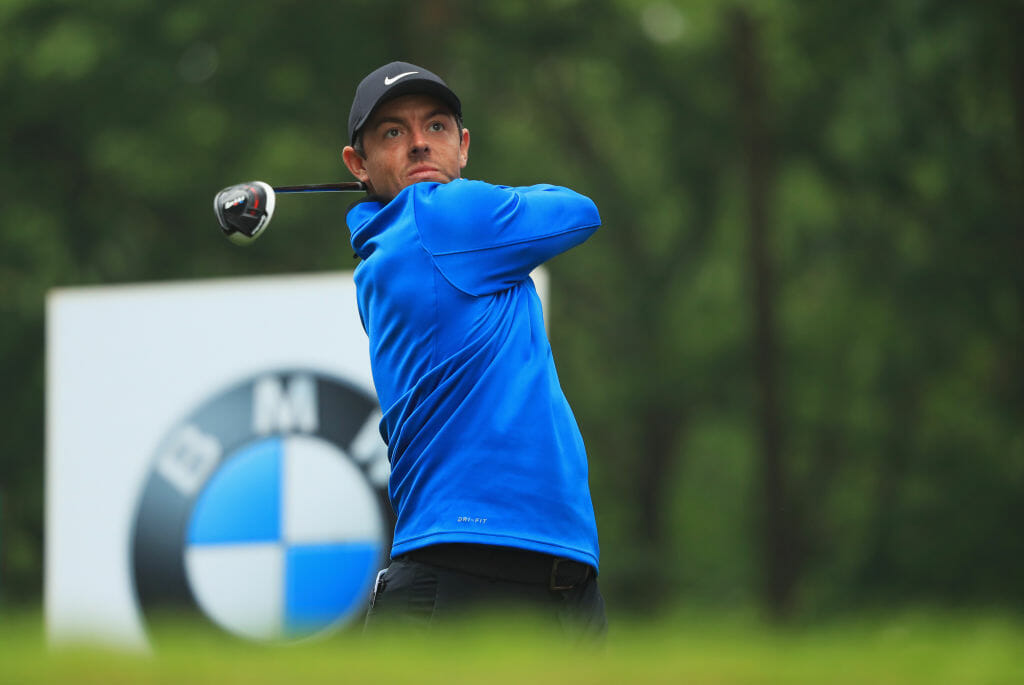 If there is a U.S. Open venue Rory McIlroy loves more than Congressional it’s Shinnecock Hills.

McIlroy has spent this past week playing a number of golfing gems in the Hampton’s region of Long Island in readiness for Thursday’s start to the year’s second Major.

Pick of the Hamptons courses is Shinnecock Hills but either side of this year’s U.S. Open venue are Sebonack and Southhampton Golf Club’s where McIlroy has been spotted.

In fact, McIlroy first played Shinnecock Hills four years ago in the company of former US President, Bill Clinton after the pair had earlier shared lunch in a swanky Sag Harbor restaurant.

The next day, McIlroy went out and played Sebonack that some 14 months earlier, in June 2013, had played host to the U.S. Women’s Open, the first time a women’s major had been played on Long Island.

In contrast, Shinnecock Hills will be hosting its fifth U.S. Open after having staged it’s first in 1896, which was the second ever U.S. Open.

Though it would be 90-years before it returned with Raymond Floyd winning by two shots in 1986 and nine years later fellow American Corey Pavin denying Aussie Greg Norman ahead of South African Retief Goosen then winning a second U.S. Open in 2004 at Shinnecock.

And if there are any similarities in McIlroy teeing-up in what will be a 10th U.S. Open and a 37th career Major it is the events of seven years ago when he won the 2011 U.S. Open at Congressional on the outskirts of the U.S. capital.

Much akin to what unfolded this year at Augusta, McIlroy went to Congressional having ‘blown’ a first Major Championship triumph two months earlier at Augusta National.

McIlroy brilliantly buried any Masters demons in the most emphatic manner leading by three shots after day one, by six strokes post round two and then eight heading into round four before breaking or matching all sorts of U.S. Open records with his eight-shot triumph.

Could golfing history repeat itself for McIlroy this Father’s Day?

“I’m heading to next week’s U.S. Open playing some of my best golf and I am injury-free so I can’t see why I can’t repeat what I did at Congressional,” he said.

“Looking back on the Masters this year I simply didn’t put any pressure on Patrick (Reed) over that final round and if I did it may have been a different outcome.”

“The thing also is that Shinnecock Hills is one of my favourite golf courses in the world and while Congressional will always be very special in having won my first Major there, I am just looking forward to Shinnecock so much.”

“I got to play the golf course four years ago and I just enjoyed the experience so much.  Ever since then I’ve been longing for this week’s U.S. Open to arrive.”

“Shinnecock is a very tactical golf course and it is a true U.S. Open venue.”

McIlroy heads into the U.S. Open coming off a second in the BMW PGA Championship and then posting a blistering third round 64 on route to a share of eighth in last week’s Memorial having also earlier this year, McIlroy shot a closing 64 to capture the Arnold Palmer Invitational.

“There is nothing physically wrong with my game and looking back to what happened at Augusta this year, I look on that as another experience to store in the memory bank,” he said.

“But then I’ve been saying these past few weeks that after a few days chilling out I got over the Masters. I said that seven years ago in winning at Congressional and that was my thing.”

“I had a clear picture in my mind back then of what I needed to do and where my focus needed to be when I got myself in that position again. And luckily enough for me, I was able to get in that position in the very next Major after Augusta.”

“To be able to finish it off the way I did, you know, it just tells me that I learned from it and I’ve learned more from what happened earlier this year.”

“I’ve again moved on and it means, and as I had done heading to Congressional, I can go ahead and concentrate fully this week at Shinnecock.”