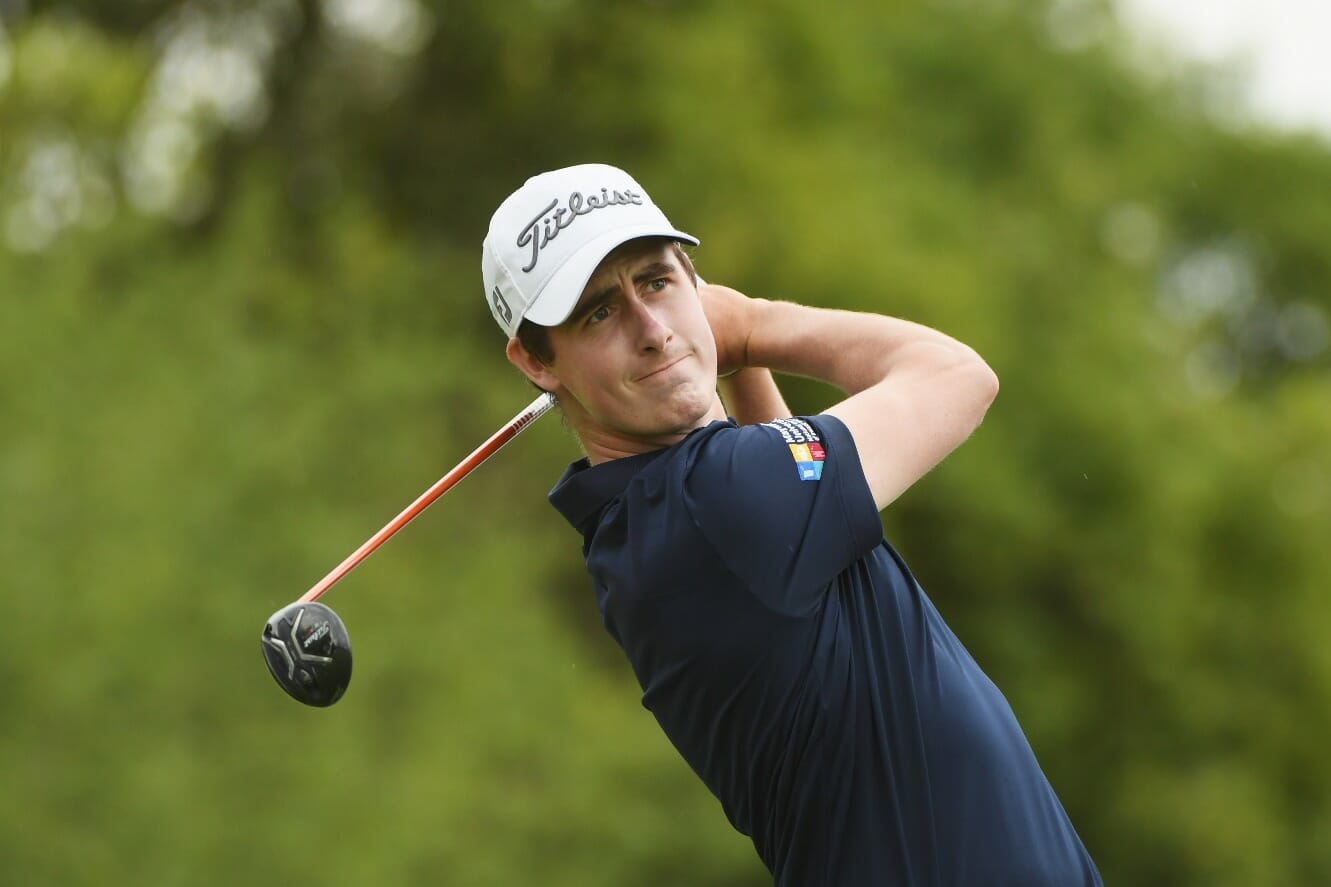 West Waterford’s Gary Hurley grabbed a share of 4th place at the close of the 56º Open de Portugal at Morgado Golf Resort.

Hurley has shown renewed signs of form this year after a disappointing Challenge Tour campaign last season and his one-under-par 71 today is a continuation of that encouraging upward trend.

He carded two birdies and an eagle en route to a four-under-par tournament total that sees the former Maynooth University man take home a cool cheque worth € 9,100 for his efforts.

Ballymena’s Dermot McElroy was next best of the Irish in a tie for 45th on four-over-par. Tullamore’s Stuart Grehan finished in a share of 63rd on plus-ten while Chris Selfridge propped up the weekend field on plus twelve for the championship.

Dimitrios Papadatos secured his maiden European Challenge Tour title by carding a gritty three-under-par final round of 69 to win by one shot in Portugal.

The Australian started the final day in Portimão one shot behind overnight leaders José-Filipe Lima and Stuart Manley but overtook the pair with two birdies in his first four holes and never looked back.

The 26-year-old, a three-time winner on the PGA Tour of Australasia, rolled in a 25-foot birdie putt at the tenth to extend his advantage over the chasing pack and despite dropping a shot at the par five 16th he rallied to bag his fourth gain of the day at the par three 17th.

After coping with the windy conditions all day the man from Sydney was left with a tricky eight-foot par putt on the 18th but he holed out with aplomb to set the clubhouse target at seven under par.

With home favourite Lima unable to birdie the 18th to force a play-off it was Papadatos who was crowned champion, and he was delighted to have claimed his first victory in Europe.

“It feels pretty good and a big relief, especially after the last couple of days,” he said. “It’s been very windy and difficult, you had to grind out results in such a bunched field when it’s very hard to break away and get in front. But I was fortunate enough to do that in the end.

“I played the course well today. I was very solid finishing long par putts, and I didn’t threaten to make many birdies as I was hitting it poorly today. But I hung in there and my short game was good and I took a couple of opportunities when I got them.

“I’ve had a couple of wins back in Aus and I’ve never won in Europe, so it’s maybe not the biggest but it’s definitely the most important as it’s going to get me going over here.

“I’ve been trying the last two or three years to get myself going in Europe and onto the main tour, so this is a big step forward and it’s going to help me out a lot.

“I flew into Portugal on Monday lunchtime and only booked my flights last Friday, so this tournament wasn’t even on my radar.

“I was just going to come over for Walton Heath for the US Open qualifier, but with my category I happened to get in here. I was second reserve for Spain next week, so the win might sneak me in there now.”

With victory in Portugal Papadatos moves up to ninth place on the Road to Ras Al Khaimah Rankings with 32,000 points.

Lima, whose share of second place is the highest finish by a Portuguese player in their home open, also rises up the Rankings and now occupies 16th place with 16,350 points.