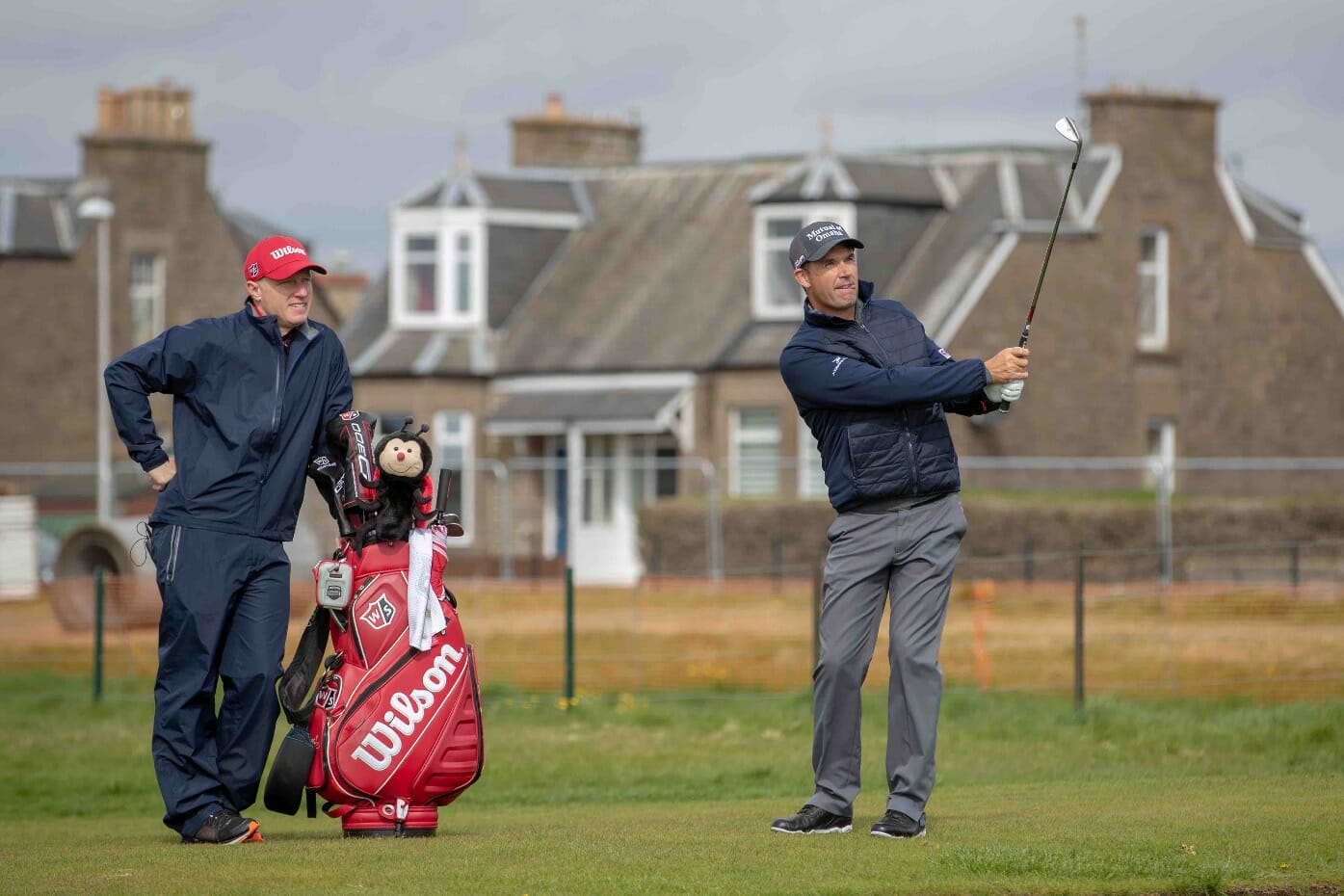 Woods has confirmed he will tee-up in golf’s oldest Major for the first time since the 2015 Open and join Harrington, who returned to Carnoustie yesterday where he replayed the four play-off holes as he had done 11-years ago in claiming the first of three Majors.

“Everyone will be glad to see him teeing-up at Carnoustie,” said Harrington. “We are also just all glad to see Tiger back.  If he starts winning prolifically again, then maybe not (smiling).”

“Two months of playing and two-and-a-half months before he gets to The Open he could be right on form and ready to go in that. He is going to win tournaments, 100 percent yes. And I think majors would be easier for him to win because they are harder for others to win.”

“I would also go down the road that the more he plays the better he will get. He still needs a few more tournaments to get comfortable where his game is at. There wouldn’t be too many people wanting to come down the stretch against Tiger Woods. There would be a lot of people you’d rather be against over the last couple of holes.”

And in returning to Carnoustie ahead of this year’s 147th Open, Harrington, with long-time caddy Ronan Flood calling the shots, again played the same four holes and posted scores of bogey, par, bogey and birdie.

And while delighted to walk off with a ‘3’ at ‘Home’, the aptly named final hole, Harrington still has fears in playing the hole.

“Even flying over here to Carnoustie I was thinking about the 18th and how I would play it,” he said. “There’s not a day goes by that I don’t think about it.”

“It brings a lot of pressure and it carries a lot of baggage. Everybody remembers how badly Jean (Van de Velde) played it and some will remember how I played it. Even if you’ve played it well all your life you’ll still remember there is danger there.”

“It’s just a very difficult finishing hole but the storylines and history makes it even tougher.”