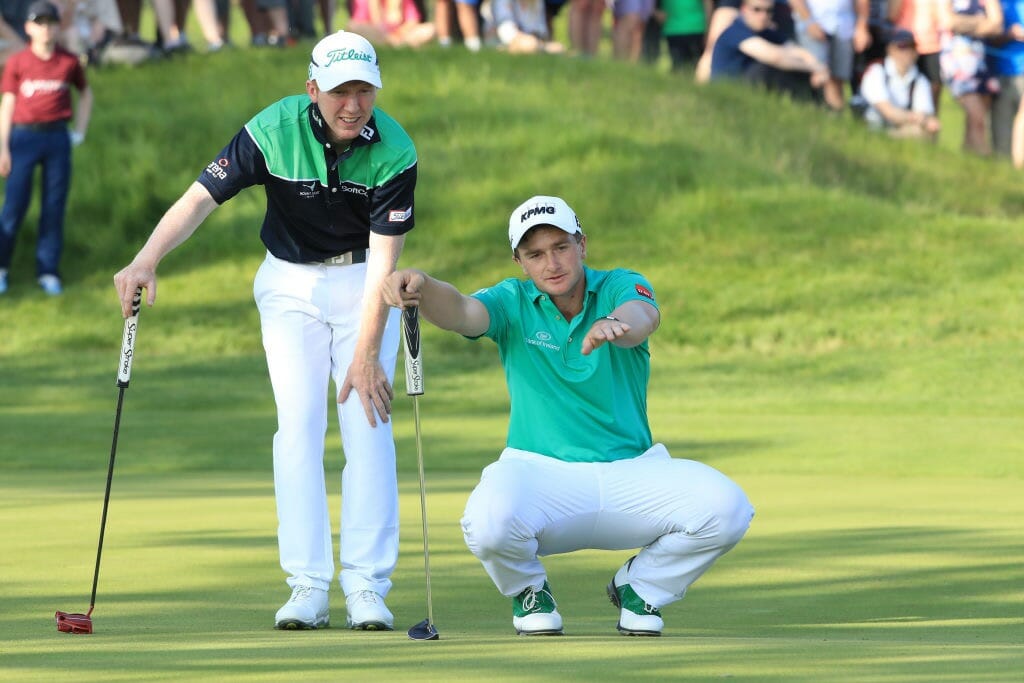 Paul Dunne and Gavin Moynihan have paid a bizarre ‘non-recognition’ price for their GolfSixes success.

The former GB & I Walker Cup team-mates brilliantly combined in the second edition of the event to capture Euro 100,000 each for their play-off success over the French team. But the Irish duo have really been left short-changed.

Dunne dropped three places on the World Rankings to be the new World No. 68 while the Mt. Juliet attached Moynihan slipped four spots to be now ranked World No. 445.

Unfortunately, there were no World Rankings or Ryder Cup points on offer for the innovative European Tour event and it is the same as last fortnight’s PGA Tour Zurich Classic of New Orleans where the winners are also excluded from receiving a Masters invitation.

Dunne’s effort was his second taste of success after capturing last year’s British Masters but you would never know by logging onto the ‘Players’ section of the European Tour website.

Other than herald the Irish success and the event, there’s no record of their victory nor the results of their fellow competitors on the ‘Player’ page while the prize-money also does not count towards the Race to Dubai. If it did Moynihan would be lying 107th after previously missing all eight main Tour cuts this year.

For Dunne, it is his third top-10 in his last six tournaments, with two of those being on the PGA Tour.

“It’s an individual game and it’s nice to get together with a partner, especially like Gavin, who I’ve been friends with for a long time and have success like we did,” said Dunne.

Talking of the World Rankings, Rory McIlroy has been bumped back a spot to World No. 8 by Aussie Jason Day who jumped seven places to the new World No. 7 following his commanding two-shot success in the Wells Fargo Championship.

And while McIlroy was never a force at Quail Hollow he tees-up this week at TPC Sawgrass with plenty of positives from the Wells Fargo event.

“I felt like my game improved as the week went on. I saw some decent signs [on Saturday],” McIlroy told Sky Sports after his final round.

“I actually hit the ball much better today – the score doesn’t quite suggest that. I have still got a couple of things to work on going into next week but the game definitely felt like it got better heading into the weekend. Hopefully I can build upon that next week.”