It wasn’t to be for overnight leader, Paul Dunne, as home hero Jon Rahm delighted the huge crowds at Centro Nacional de Golf in becoming the sixth Spanish player to win the Open de España.

The World Number Four, who has moved to fifth in the Race to Dubai Rankings presented by Rolex, carded a closing 67 to get to 20 under and hold off the challenge of countryman Nacho Elvira and Greystones man Dunne for his third European Tour title.

For Dunne, he never quite got the ball close enough in truth to mount a serious challenge this afternoon but it was a great week regardless and a precious birdie at the last for a closing 71 secured outright second spot and a valuable cheque worth €166,660.

“I felt like I hit the ball great”, noted an upbeat Dunne who just failed to fire on the greens when he needed it most today. “Mostly my short game let me down a little bit. I hit a lot of chips that I thought were better than they were and I just kept misjudging bounces.

“Some of them skidded, some of them bounced soft and I feel like when I played for one I got the other result so it’s a little frustrating not to be able to get anything going, not get any putts to go in.

“I hit the ball fantastic, I was hitting it long and straight, so I feel good going into the next few weeks. Obviously disappointed not to win but it is what it is.”

“I’m driving the ball great. For me, if I drive the ball well I feel like I have a chance to win every week. I’ll just keep doing what I’m doing.

“I’m a little disappointed but Spain has a great champion in Jon and I’m sure he’ll win many more of these.” 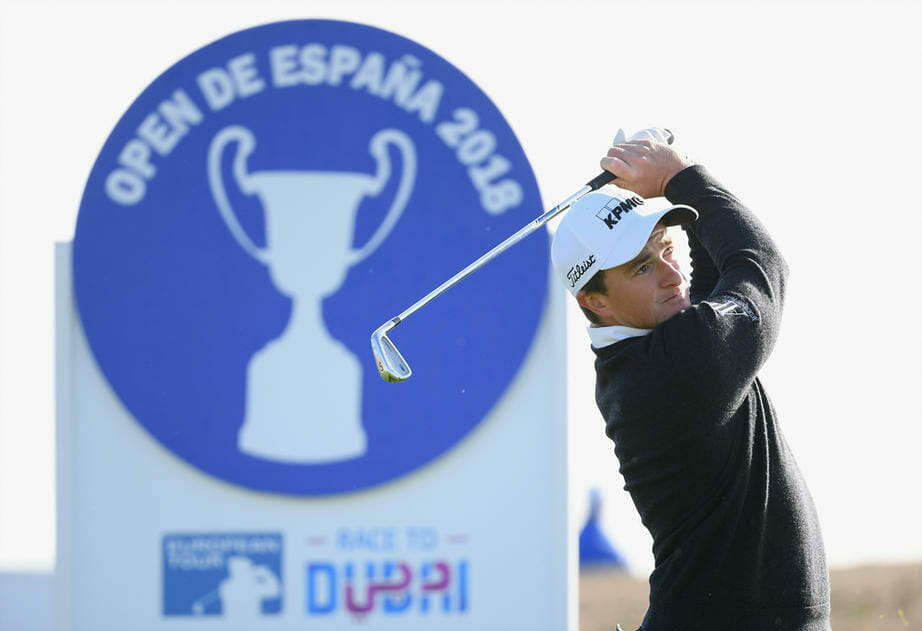 Rahm’s three wins have come in just 19 events on the European Tour, making him the third-fastest player to reach that mark, and he joins countrymen Antonio Garrido, Seve Ballesteros, Sergio Garcia, Alvaro Quiros and Miguel Ángel Jiménez as Spanish winners of the event since it joined the European Tour in 1972.

The victory is Rahm’s first as a professional in his homeland after claiming seven national individual amateur titles at various age levels and adds to his two Rolex Series triumphs in Ireland and Dubai last season.

“It’s such a satisfying feeling”, proclaimed the proud and passionate Spaniard. “When I made the decision to come straight from Augusta it wouldn’t be to just show up and walk around, I wanted to win this tournament.

“I’ve been blessed to be national champion from 16 to all ages in Spain. To round my amateur and pro career together in this way and win the last one I had to win and join that prestigious list of Spanish winners, it’s hard to explain how good it feels and how satisfying it is.

“That putt on 13 was very important. The up-and-down on 17, I believe that ball staying up out of the hazard was very important. Hitting the drive I hit on 18, I hit a nine iron to that par five. Once I hit it on the fairway I knew the birdie was going to happen but it would not have been set up if it was not for that shot on 17. Lady Luck played a part in this one in that ball staying up and then being able to make the four-footer.

“It’s been amazing. It’s truly been the hardest Sunday I’ve ever had in any tournament that I’ve won because the crowd wanted it so much and I wanted it so much. You can tell how excited everybody is, I felt that tension, I felt that stress, I felt everything magnified. They played a huge part, I came for them mainly so I’m just glad I can win this one for the Spanish people.”

Spaniard Jorge Campillo and Scot Marc Warren carded closing rounds of 69 to finish at 15 under alongside Australian Brett Rumford, who finished with a 71, and Swede Henric Sturehed who shot a 72.