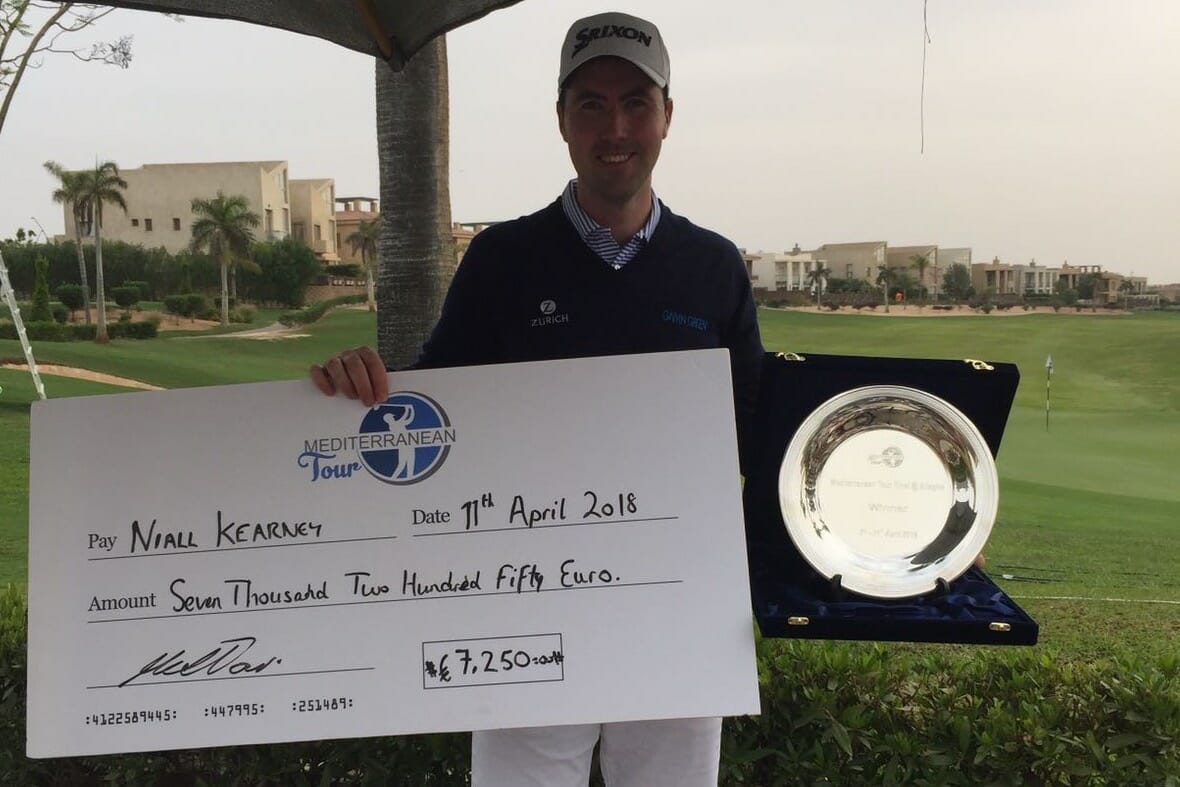 After a solo third place last week, Ireland’s Niall Kearney went a couple better today as he claimed a first place finish at Allegria GC on the Mediterranean Tour.

Kearney had travelled to Egypt in search of some competitive golf in warmer climes to get set-up for the season ahead and with a 3rd and 1st placed finishes he’s certainly put himself in the right frame of mind for it.

“The host club this week was Allegria GC which was an unbelievable facility with (and I’m not biased here) world beating greens. I played really solidly over the three days and had very few mistakes on the card which was really pleasing at this early stage of the season,” said Niall.

Indeed, Kearney carded rounds of 68, 67 and 70 to take the win having led by three shots overnight. He did however have to contend with a surging run from last weeks’ winner Christopher Sahlstrom of Sweden who returned a final round of 67 to force a playoff where Kearney prevailed.

Kearney commented, “It was great today as I was playing with another Irishman, Niall Turner, in the final group so that helped me a bit. Niall finished tied third but to come out here for a couple of weeks and get a third place and a win for myself is really satisfying.”

And he added, “I’ve gained a lot of confidence from my performances here which will definitely help me going into the start of the season and it’s given me a great lift to get all the messages and support from back home too.”