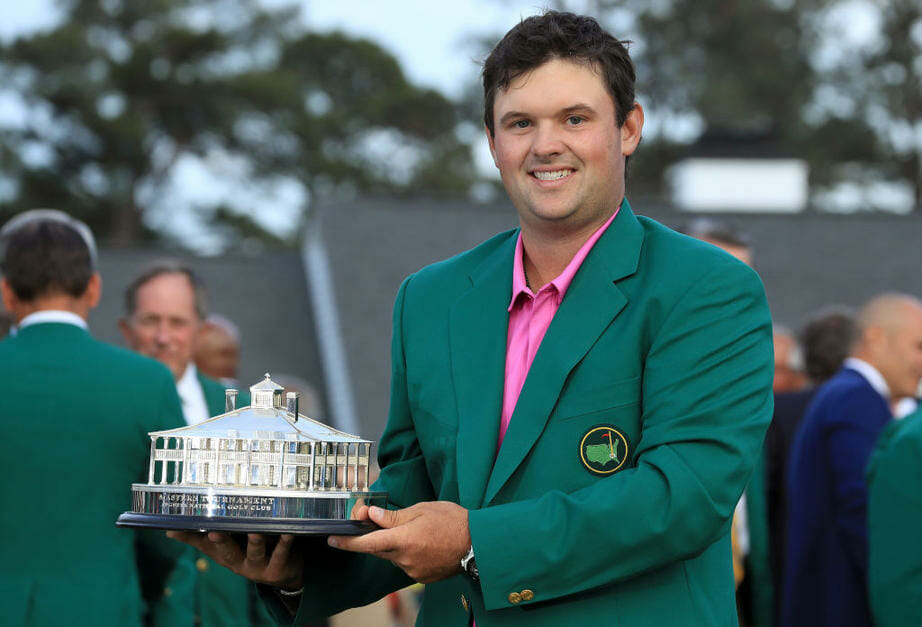 Holding off surges by Jordan Spieth and Rickie Fowler, Patrick Reed shot a 1-under-par 71 on Sunday to win the 82nd Masters Tournament, his first major championship, by a single stroke.

The 27-year-old Texan started the final round leading by three. He was paired with Rory McIlroy, who was seeking to become the sixth player to win golf’s modern career grand slam. McIlroy struggled from his opening tee shot, especially with his putter, to shoot 74 and finish in a tie for fifth place, six strokes back.
It was Spieth and Rickie Fowler who stepped up to the plate to pressure Reed. After starting the day tied for ninth place, nine strokes off the pace, Spieth went out in 5-under 31 and continued his torrid play on the second nine. He needed a birdie at No. 18 to break the course record of 63, but he drove into the trees and missed an 8-foot putt for par, tapping in for 64. Fowler, playing one group ahead of Reed, birdied the last hole to cap a round of 67 and force Reed to par the 72nd hole to win.

After a solid drive and approach Reed was left with two putts from 24 feet above the hole for a Green Jacket. His first putt rolled 4 feet past the cup, and he sank the return to claim the title with a score of 15-under 273, edging Fowler into another runner-up spot by one stroke.
Chasing the course record Jordan Spieth said he never looked at a scoreboard all day. Reed certainly did, and was fully aware of Spieth’s charge. “It was kind of nerve-racking,” Reed said. “I’m glad he ran out of holes.”
“I knew it was going to be a dogfight,” Reed said. “It’s just a way of God basically saying, `Let’s see if you have it.’ Everyone knows you have it physically with the talent. But do you have it mentally? Can you handle the ups and downs throughout the round?”
Under huge pressure Reed never flinched and stayed in control.

“I just went out there and just tried to play golf the best I could and tried to stay in the moment and not worry about everything else,” Reed added.
Until today, he was best known as “Captain America” for the scalps he claimed at the Ryder Cup and Presidents Cup. Now he is a Masters champion.