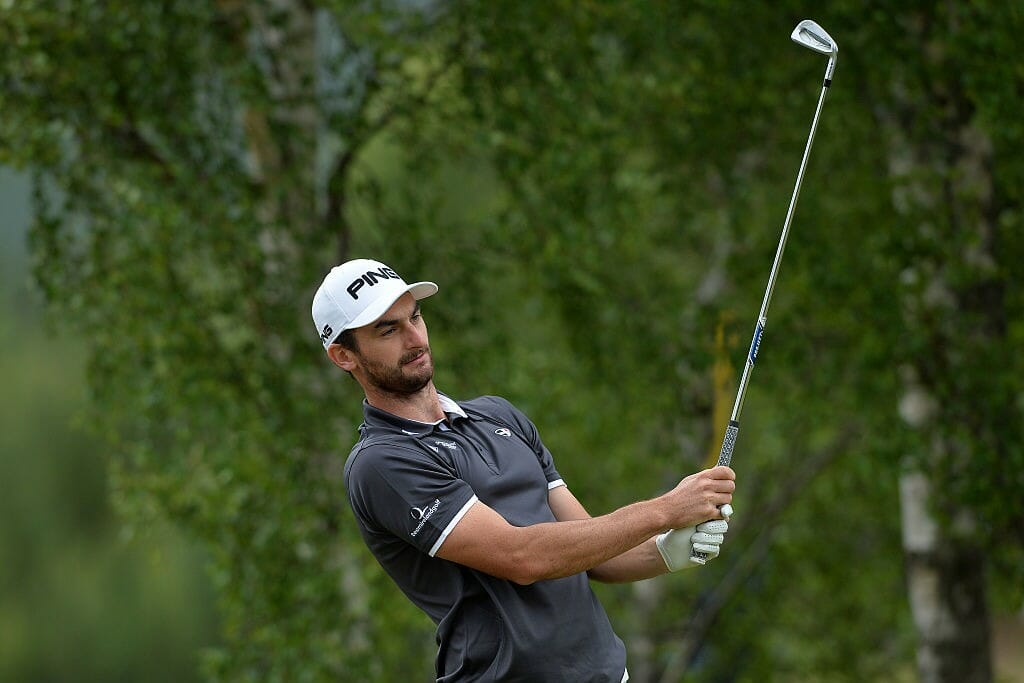 Chris Selfridge fired a two-under-par 70 to lead the 13-strong Irish contingent vying for a place on the HotelPlanner.com PGA EuroPro Tour after day one of Qualifying School Final Stage at Frilford Heath.

The Moyola Park professional carded six birdies and four dropped shots around the Blue Course as he posted a total good enough for tied-12th position after a fine opening round in Oxfordshire.

Next best is Stuart Grehan whose round was equally full of life but played on the Red Course. Starting from the 10th, he fired six birdies en route to his one-under-par total.

Having got it to four-under on the card through sixteen holes, however, Grehan will be looking to cut out the errors over the next two days as a double on 8 followed by a bogey on 9 derailed what would have been an extremely productive afternoon. Still, his efforts find the fledgling Tullamore pro in a tie for 16th after the opening day’s play and with plenty on which to build.

Not to be outdone, Callan’s Brian Doheny drew alongside Grehan in a much quieter round of 71 on the Blue Course that included three birdies and just the two dropped shots.

In a tightly packed leaderboard, Whitehead’s John Ross Galbraith closed with an opening 71 to sit in a tie for 67th on one-over-par. That’s one better than Naas’ Jack Hume, North West’s Brian McElhinney and Mount Juliet’s Luke Donnelly who shot 74 apiece today to share 97th spot with a hoard of fellow pretenders.

Knock’s Colin Fairweather sits one shot further adrift after a disappointing but not insurmountable, 75 to start.

Scotland’s Jamie Savage leads the way after a magnificent five-under-par 67 on the Blue Course. In fact the first four places on the leaderboard are occupied by Blue Course competitors which may prove telling ahead of this evening’s 36-hole cut.

240 players will tee it up again across the Red and Blue Courses today for another 18-holes before a cut to the leading 80 players and ties play a concluding 18-holes on the Blue Course on Friday.

Players are competing to earn the highest possible category on the 2018 HotelPlanner.com PGA EuroPro Tour. All those progressing to Final Stage have earned at least a category 14, with golfers making the Final Stage cut earning a minimum category 10 and the top-30 earning category 3.

For many of the Irish hopefuls, it’s still all to play for.