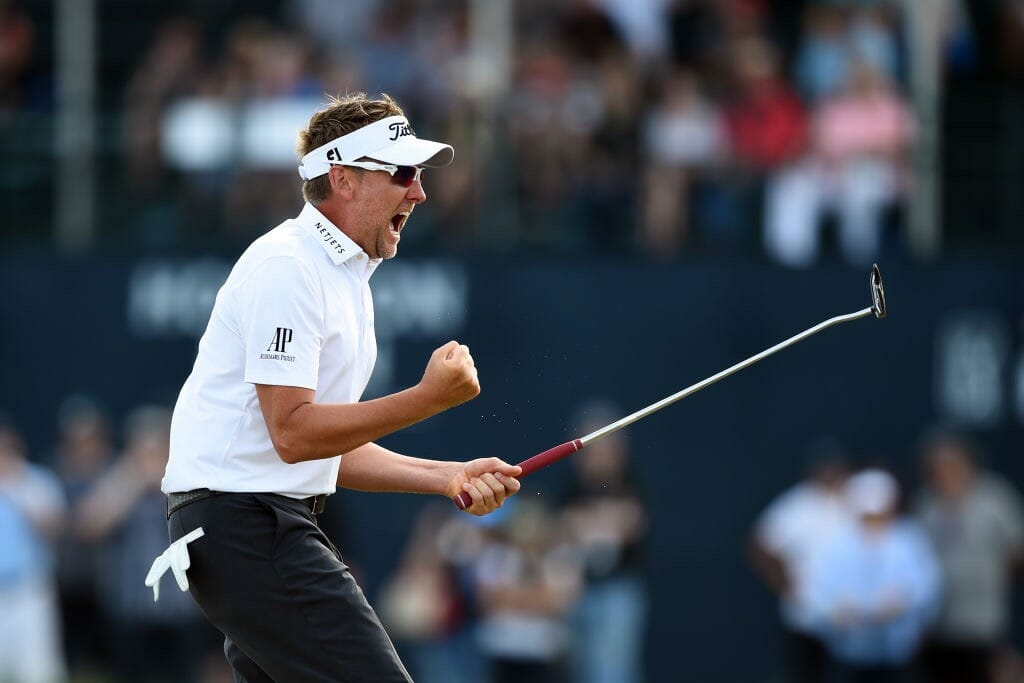 Ian Poulter dramatically earned the last Masters invitation, putting aside his anger of a fortnight ago to defeat American rookie Beau Hossler at the first extra play-off hole in capturing the Houston Open.

Poulter, 42 had been three shots clear of his 23-year old rival standing on the 11th tee but then found himself one behind when Hossler birdied four holes in succession from the 11th to move one shot clear at 19-under par.

Poulter then drew on his enormous Ryder Cup experience to hole a 20-foot birdie putt at the 72nd green top tie Hossler’s score of 67 for both to finish on 19-under to send the event into extra holes.

Hossler handed Poulter his first victory anywhere since 2012 in finding a fairway bunker with his drive and then sending his second into the water guarding the green eventally taking a triple bogey ‘7’ to Poulter’s victory par.

“I had a good read on my putt on the final green in regulation as Beau’s putt was on much the same line and I knew it was going to break a fraction right and it did, so I rolled it in at the right time.” said Poulter

“But I had to dig deep today and I am delighted with the way I played and how I’ve managed to come behind to win.”

“This win it right up there, it really is. To be 120 whatever I was, 123 overnight Thursday night, it’s not looking good, that’s why you pack your bags.”

“And to turn this around the way I did was hard work and it takes a lot of mental strength to be able to do that. Disappointment kicks in at some stage.”

“But you know what? At times you have to dig deep. When you want something bad enough, then you have to go right down to the bottom and grab hold of what you can to come back up.”

“So I was really pleased I did that very well this week.”

Poulter now joins a Masters field of 87 and returns to Augusta National for the first time since 2016 with his appearance making amends after the controversy of falling short a week ago in qualifying for the year’s first major.

There was significant Irish interest too and a week after securing his best finish ever on the PGA Tour (T5), Paul Dunne was leading the Houston Open after round one and secured a wonderful T8 placed finish.  He recorded two birdies on the front nine but a potentially card wrecking triple bogey on the par 5 8th hole could have derailed his chances of a good finish. However, Dunne bounced back with three birdies and a bogey on the way home to finish with a one under par 71 and a -13 tournament score and a $182k cheque.

Shane Lowry was T14 after a final round 69 which included five birdies and two bogeys, including a costly one on the final hole which dropped him out of a share of 8th place.  Meanwhile, West Waterford’s Seamus Power also fired a final round 69 with three birdies in his round and he ended in T60 position on six under par.