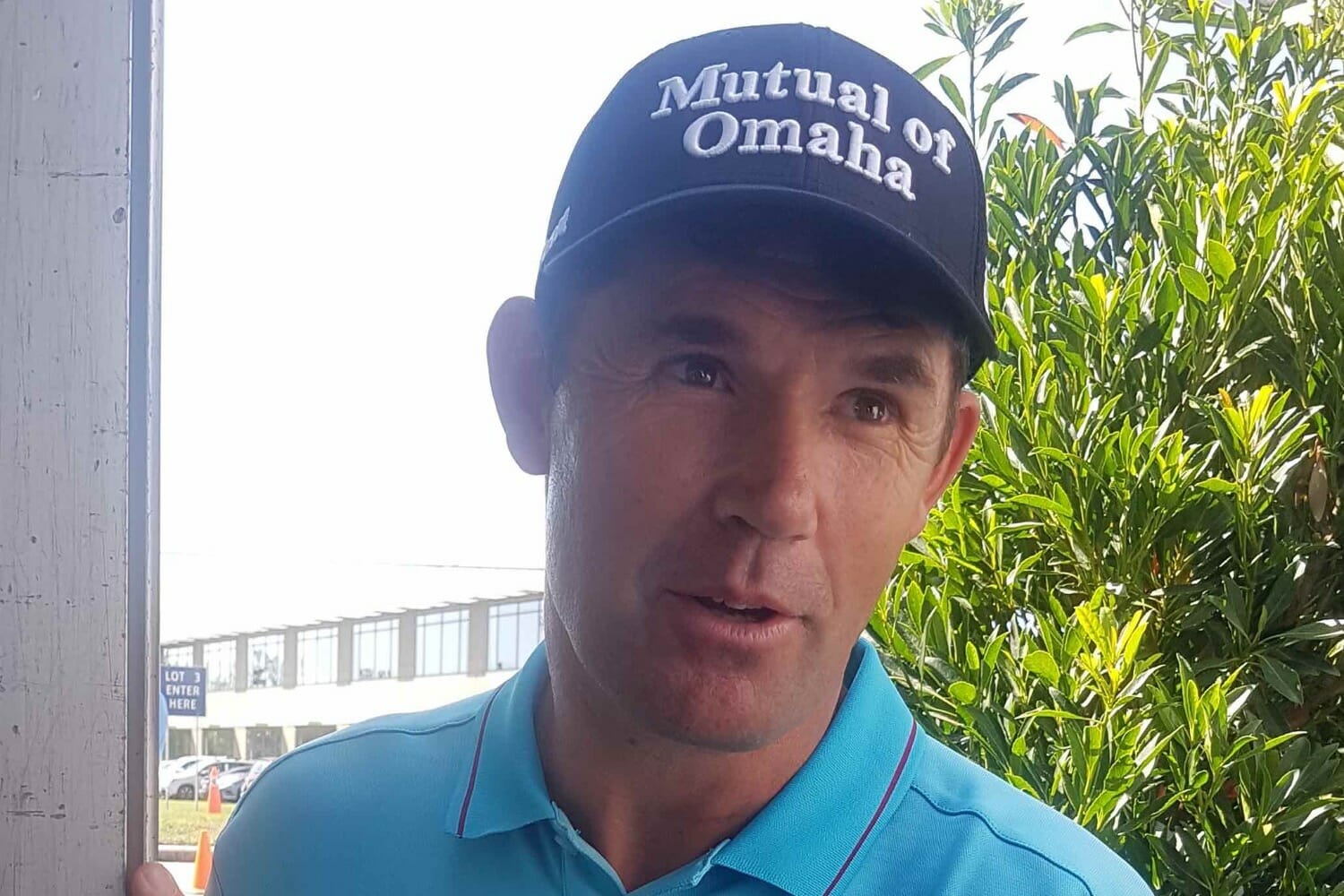 Padraig Harrington celebrated his mother’ birthday with his first sub-70 competitive round this year to boost hopes of the last Masters invitation as he posted a five-under 67 on day one of the Houston Open.

Harrington birdied three of his opening six holes and then two of his closing five to be just two shots behind the leading clubhouse duo of Lucas Glover and Kevin Tway.

Rickie Fowler posted a 66 while Texas-born favourite Jordan Spieth birdied his closing three holes for a 68 and rating the effort a nine out of 10.

Harrington took full advantage of the rain-softened conditions to emerge following a two-hour delay to the start of play and post a bogey-free round on the Golf Club of Houston course. The effort is the 46-year old Harrington’s second-lowest Houston round in 37 loops of the course and just a shot more than a third round 66 in 2007. It was also his first sub-70 competitive round all year from 16 PGA Tour rounds.

Harrington finds himself joined at five-under par by his 2016 Olympic Games team-mate, Seamus Power who, thanks to a simple set-up change, carried on from where he left off last week in the Dominican Republic to sensationally birdie his closing three holes.

Indeed, the West Waterford-born Power found himself the subject of attention by SKY’s James Haddock after his round who had video footage of Power’s 27-foot birdie gem at the last.

Harrington’s focus after his round was to use his SKY Sports interview to wish his mother, Breda a happy birthday, laughing off a request afterwards to reveal her age.

“I have to say Happy Birthday to my mum and that was for my mum as I know she does worry if I am not playing all that good,” he said.

“But then I haven’t played stress-free golf like today for a long time so it was a very pleasing round.In saying that I do find this golf course a little stressful as it’s a sort of golf course where the targets are wide enough but if you miss them there is a big penalty.”

“There are enough tight enough drives for me out there and when you have a good score going there is a little bit of stress for me. Outside of that it was good today and good mentally, and I’m in a good place going forward as I know what I need to be doing.”

“That is the best I’ve been on the golf course for a long time.”

Indeed, it boosts hope also of Harrington ending a miserable run of 2018 ‘outs’ in that he’s missed the cut in five of his six events this new season.

“I am just not preparing right for tournaments this year as I am getting to events and always feeling unprepared in starting out on a Thursday,” he said.

“I would be coming from home and given the weather back home, I would be preparing by hitting shots indoors and that is always not good enough. So, last week I remained in the States and played every day on such courses at the Bear’s Club and few other courses around Jupiter and West Palm Beach.”

“I just need to be on the golf course more when I am practicing rather than the range as that is not doing me any good. So much so, I have come into this event playing great in a Tuesday practice round and while I lost it a bit on Wednesday, I warmed-up well for today.”

“There just has not been an evert this year where I have felt ready to go and that’s why I had a week practicing by playing rounds on the golf course rather than time on the range.”