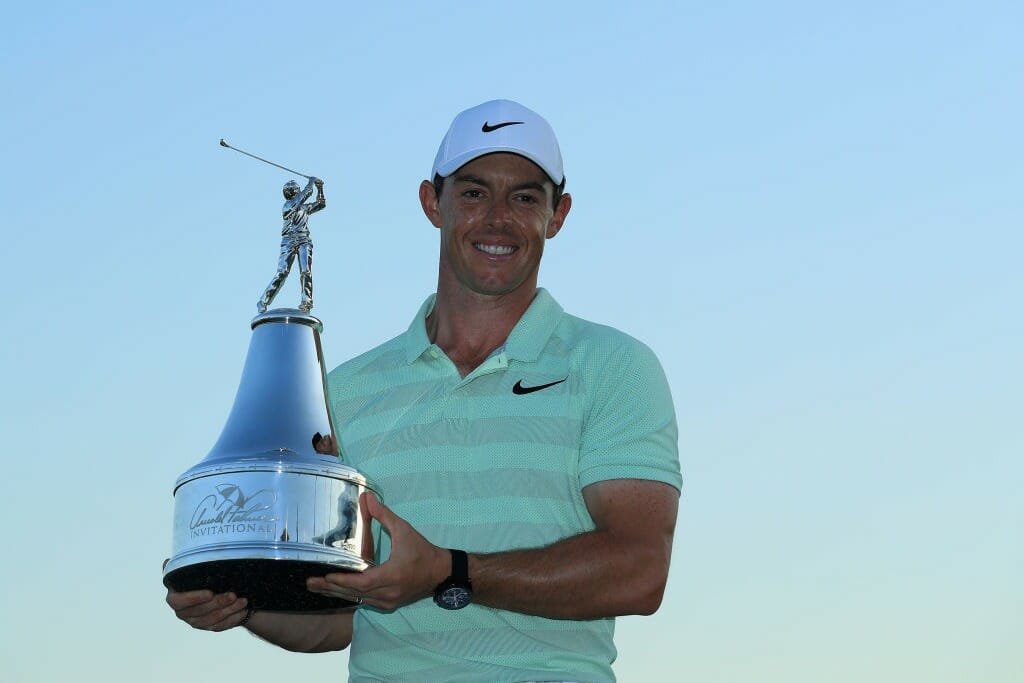 Rory McIlroy has roared into Masters favouritism after ending an 18-month winless drought in spectacular manner ,birdieing five of his closing six holes to capture the Arnold Palmer Invitational at Bay Hill in Orlando.

McIlroy grabbed eight birdies overall in a sizzling final day 64 to win by three shots at 18-under par, his lowest PGA Tour score since last June.

American Bryson DeChambeau, who needed to eagle the last to force a play-off, bogeyed the hole in a round of 68 for a 15-under par tally, with Justin Rose shooting 67 to be third at 14-under, one fewer than Henrik Stenson who faded following his opening 64 to post weekend scores of 74 and finish fourth at 13-under par.

The win is McIlroy’s first anywhere since capturing the PGA Tour’s season-ending Tour Championship poignantly on the day, 25th September 2016, that Arnold Palmer passed away.

It added to a brilliant Irish weekend celebration that began with the annual St. Patrick’s Day activities and then Ireland crushing arch foes England to win the coveted Six Nations Grand Slam. The win comes just six days after long-time coach, Michael Bannon, celebrated his 60th birthday having spent the week earlier with McIlroy during the Valspar Championship.

Unlike a day earlier, McIlroy captured a 14th PGA Tour title and the 23rd win of his 10-year pro career without any intoxicated spectator to spoil the day.

“I had so much fun out there today. Being in contention and being in the mix on the back nine and producing the sort of golf I produced over those last few holes was just so pleasing and I’m just really proud of myself,” he said.

“But then to win for a first time since the Tour Championship, and on the same day Mr. Palmer died is ironic in a way as I had a great day that day in Atlanta but then it was also on a day the world of golf lost an icon and someone that we all looked up to.”

“So for my last win to be on that day and for me now to win for a first time in around 16 months or so .. well, Arnold meant a lot to everyone in the game of golf and he meant a lot to me. I was fortunate to spend some time with him here at Bay Hill and my wife and he share the same birthday, September 10, and he was always so nice to me and to be able to win here at Bay Hill in his tournament means the world to me.” 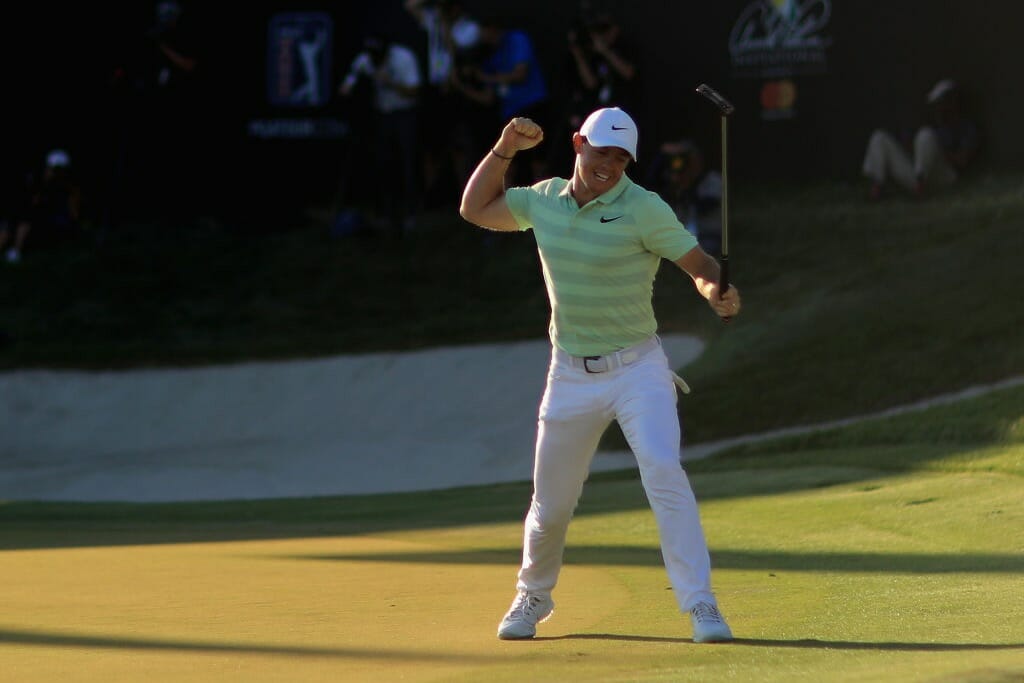 McIlroy’s victory will see him also jump some five places back to World No. 8 heading to this week’s WGC – Dell Technologies Match-Play Championship in Austin, Texas. McIlroy will then take a week off before making his way to Augusta and hopes of a first Augusta National members green jacket.

He will drive down Magnolia Drive having now won four times in his career in the early months of a New Year before the Masters.  McIlroy won the 2009 and 2015 Dubai Desert Classic and in 2012 went to World No. 1 in capturing the Honda Classic.

McIlroy also kept to a promise as revealed on the eve of the $8.9m event of usually bouncing back to success soon following a long practice session with Bannon and he was delighted their work together reaped a $1.6m first prize cheque a week later.

“I had a great weekend practicing at home after missing the cut at the Valspar and it has seemed to pay off straight away,” he said.
“My putting is so much better as I am reacting to the target a whole lot better, and also using a little more visualization by being more aware of the hole and the target. I have just got away from being bogged down by technical and mechanical thoughts.”

McIlroy went into the final round of his seventh event this season just two shots off the lead but was a little slow out of the Bay Hill gates with five straight pars. He grabbed a first birdie at the par-5 sixth hole in sinking a 10-footer and then moved to 12-under par in holing a 12-footer birdie at the par-3 seventh.

McIlroy then had the crowd erupting at the par-4 ninth in draining a 10-footer for birdie and go to 13-under and headed to the inward half with three straight pars before displaying his enormous class and snuffing out any threat to success with four birdies in succession from the 13th.

There was none better than his chip from the left front of the green at the par-4 15th in holing a 41-footer for birdie to momentarily move two clear of the field but then minutes later holing a 21-foot birdie at the par-5 16th.

Then to rub salt into the wounds of his rivals McIlroy drained a 21-footer for birdie at the last and signed for his lowest round since June of last year.
After so much early season criticism, McIlroy singled out a putting tip from former PGA Tour star, Brad Faxon as pivotal in a turnaround in form with the short stick.
“Brad and I had a chat on Monday as he lives down in Palm Beach Gardens near where I am and just had a chat,” said McIlroy.

“It was more, it was more of a psychology lesson than anything else. He said for me to just be a little more instinctive, reactive and obviously Brad’s one of the best putters to play on the PGA Tour, so it was great to be able to pick his brain for a couple hours.”

Tiger Woods continued to show the form that’s made him a 12/1 second favourite behind McIlroy to claim a fifth Masters early next month in posting a second straight 69 to share fifth spot at 10-under par. 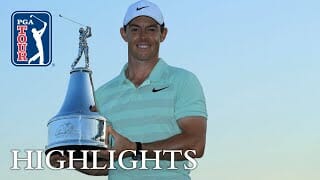