Tiger and Rory confirmed to play at this week’s Valspar 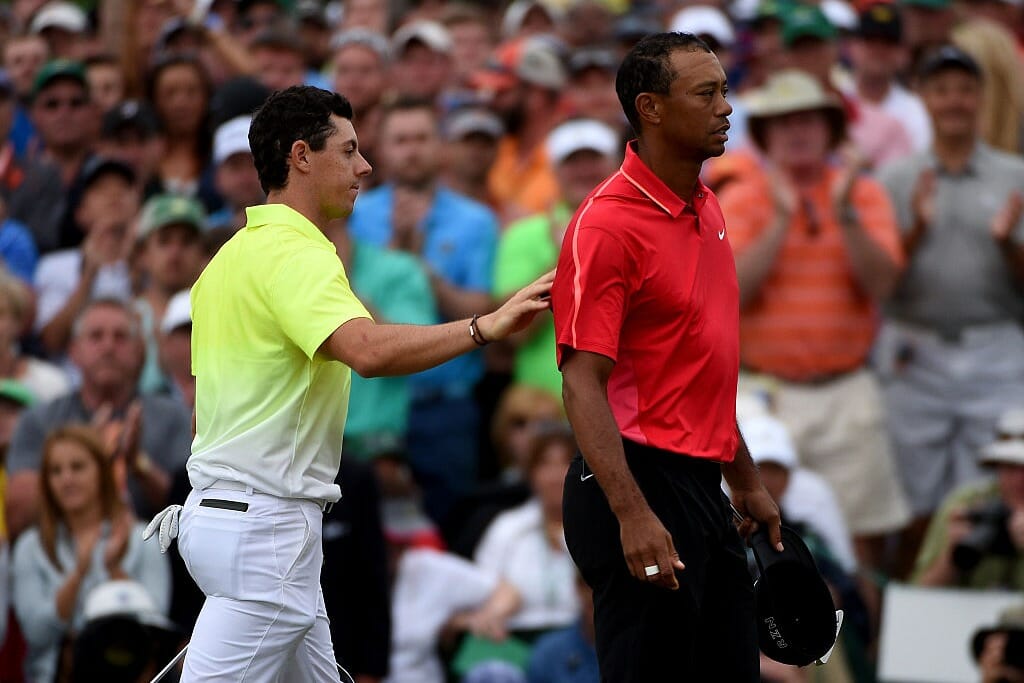 It seems everywhere Rory McIlroy goes Tiger Woods follows as both are now set to tee it up for a first time at next week’s Valspar Championship.

Woods was not exempt for last weeks WGC – Mexico Championship nor is he in the field for the March 15th WGC – Dell Technology Match-Play Championship in Austin, Texas so it has limited where he can play hence entering the Valspar.

Woods continues to show he is very serious about the Masters and thoughts of a 15th Major Championship success by entering both the Valspar Championship and the following week’s Arnold Palmer Invitational in Orlando. McIlroy also is confirmed for both events.

While Woods appearance next fortnight at Bay Hill was expected it does come as a surprise Woods has entered next Thursday’s starting $US 6.5m Valspar Championship being staged on the Copperhead course at the Innsbrook Resort.

Organisers of the Valspar have reacted by calling for an extra 200 volunteers, two extra spectator car parks, extra buses, extra portaloos and extra concession stands.
Woods has previously played the Copperhead host course in a team event in 1996 but it will be a first appearance in the Valspar and a course boasting the famed ‘Snakepit’ – the closing three holes of the course.

Woods, however, is no stranger to the Bay Hill course in suburban Orlando having won eight Arnold Palmer Invitational titles including four in succession from 2000.

Woods took to twitter to confirm his schedule change,

The now 42-year old Woods has contested three events since returning to full-time competition finishing T23rd at the Farmers Insurance Open at Torrey Pines, missing the cut at the Genesis Open and then sharing 12th place last week at the Honda Classic.

Also entering the event is 2015 Valspar champion Jordan Spieth who went onto to win the back-to-back Masters and U.S. Open titles in the weeks after.

However, much of the focus will be on Woods with the 2018 version of Tiger-mania sure to grip the Innisbrook Resort ahead of returning to ‘Arnie’s event’ a week later and his first Bay Hill showing since winning for eighth time in 2013.

“I need to keep building on it,” said Woods last week to reporters at the Honda Classic.

“It means keep building my body, keep building towards April. That was the goal when I first came back. I told you guys at Torrey, (I’ll) try and get everything situated for April and I feel like I’m right on track for that.”

And given his superb showing last week at PGA National who would bet against Woods winning an 80th PGA Tour ahead of returning to Augusta National for a first occasion since finishing T17th in 2015.

“I feel like I’ve really hit the ball well,” Woods said after the Honda Classic.

“I missed the golf ball in the correct spots and I had control of my ball. That’s something I’m very proud of. Each and every time I’ve come out to tournaments, I’m getting the feel of the round faster. … The more I play tournament golf, the better I’ll get at it.”