Dunne’s Masters hopes take a hit at WGC in Mexico 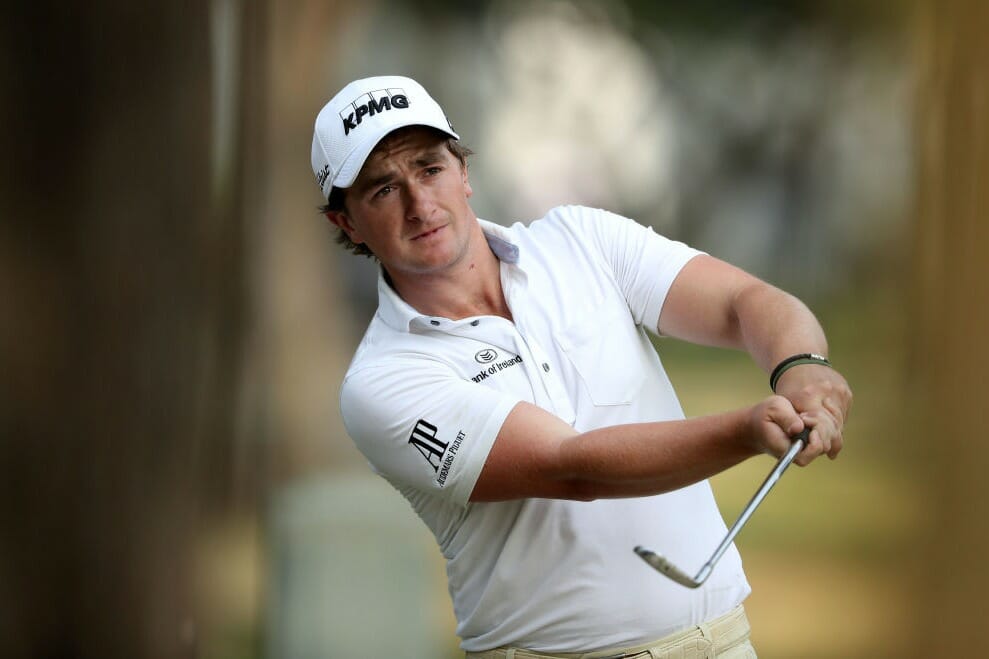 Paul Dunne’s hopes of qualifying for the Masters this week have hit a wall of frustration Trump would be proud of at the WGC – Mexico Championship.

The Greystones golfer added a four-over par round of 75 to his two-over effort on day one to sit in a tie for 58th on six-over-par at the halfway point.
With no midway cut to worry about Dunne will pick up a considerable amount of money for his efforts regardless, but with mammoth amounts of world ranking points on offer at the $10million event, he would’ve been hoping for much more this week.
Dunne needs a solo second finish at worst in Mexico to qualify for Augusta but even the top-4 finish that was required for him to get into the world’s top-64 that qualifies for the lucrative WGC-Dell Technologies Championship in Texas later this month now looks out of reach too.
His driver’s been to blame for his struggles. The Wicklow man props up the field in driving accuracy having hit just seven out of twenty-eight fairways on the tight Chapultepec layout. But with two rounds left to rectify the situation, every cent counts towards a season that remains in its infancy.

Shubhankar Sharma’s remarkable start to the 2018 campaign continued at the Mexican Championship as the Indian claimed the halfway lead at Chapultepec Golf Club.
Having won the Joburg Open in December, Sharma then clinched the Maybank Championship in Malaysia and currently leads the Race to Dubai Rankings presented by Rolex.
The 21 year old began his maiden World Golf Championships with a round of 65 on Thursday and stormed home in 31 to follow up with a five under par 66.

At 11 under for the week, Sharma leads by two from Spaniards Sergio Garcia and Rafa Cabrera Bello, as well as American Xander Schauffele.
Garcia eagled the 11th and also had four birdies in a round of 65, while his compatriot Cabrera Bello birdied four of his first six holes. The Ryder Cup star dropped shots at the eighth and 17th, but an eagle at the 15th from 30 feet secured a round of 67.
For Sergio, he was delighted with how his game coped on the tricky putting surfaces as he tunes up nicely towards the Masters and he paid particular tribute to the welcome he’s received since arriving in Central America.

“I think I played really, really well.  Obviously the greens get tricky, they got a little bumpy, and some good opportunities there on the back nine didn’t want to go in. But I probably made the toughest putt I had all day on 18, so that was nice.
“The Mexican people, they’ve been amazing, welcoming, just unbelievable like last year. I do feel like I’m kind of at home.  We speak the same language and everything, a lot of support. Also it’s the kind of golf courses I like.  You know, Valderrama is my favourite golf course, and has small greens.  Sawgrass, one of my favourite golf courses, has small greens.

“So I do like these kind of courses better, and when it gets a bit firmer like it’s getting and a bit more challenging, I do feel that, even though it’s not easy, I do feel a bit more comfortable.  I feel like my ball-striking can do most of the talking and that’s what I was able to do today.”
Xander Schauffele goes into the weekend bogey-free after the 24 year old carded three birdies in a 68. 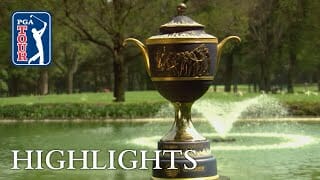