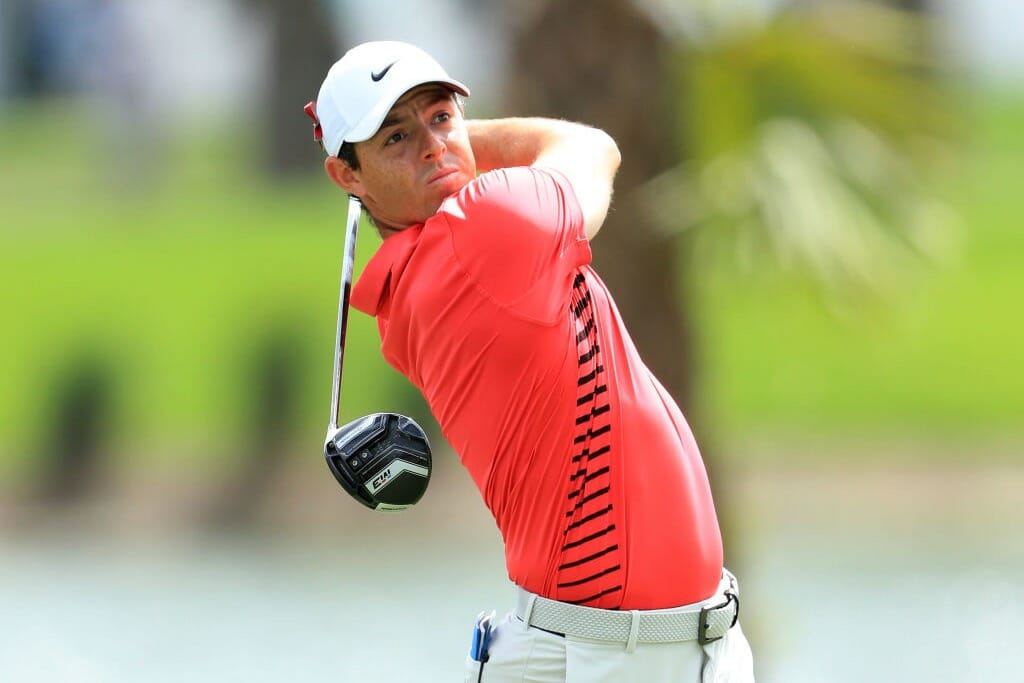 Rory McIlroy reckons Honda Classic officials could have a battle to keep a handful of PGA National greens ‘alive’ after doubling his last hole in a round of a two-over par 72 in very windy opening day conditions.

McIlroy was two-under after four holes but gave both shots back at six and seven ahead of 10 straight pars before finding water guarding the green with his 3-wood second shot down the 18th at PGA National.

The three-time Major winner showed his frustration before taking a compulsory third shot penalty drop and then flying the green with his fourth and chipping his fifth 12-feet but then two-putting for his ‘7’.

It handed McIlroy a share of 54th place six shots behind the leading duo of Sweden’s Alex Noren and American Webb Simpson who signed for four-under par 66s.

“It was a pretty tough day and with the greens getting a little crusty and firm, and I felt like I was hanging on pretty well and doing everything I needed to do in grinding out pars and looking to birdie the last but just didn’t hit my 3-wood all that well,” he said and in a round that included 33 putts.

“It was a disappointing finish so I will be back out tomorrow morning trying to rectify that mistake and see how we go.”

McIlroy’s remarks in relation to the greens prompted the 2012 Honda Classic champion to be quizzed further on the nature of the greens and in the process he expressed some concern at the state of the greens on the very first day of the $US 6.6m event.

“It is a bit of a worry given they are Thursday greens so they are going to have a job of trying to keep a couple alive,” he said.

“It’s okay as they run well and they roll pretty good but because there is not that much grass on them the green doesn’t play that much of a factor. So, they are a different colour.”

While McIlroy found water at the last, he was very fortunate two holes earlier with his approach into 16th that just stopped short of rolling into the water.

McIlroy had found a fairway bunker left with his drive but with his second coming to rest in pine straw right on the edge of the hazard, and from where McIlroy played a superb wedge shot to just three-feet to save par.

“I thought it was in the water but it caught the wind and stayed up, and it was just nice not to be in the water and while the ball was on the pine straw it was up against … like the back of  a rock, so I had to come back pretty steep on it,” he said. “So, it was great wedge shot and it just worked out well.”

Padraig Harrington who played alongside McIlroy for the first occasion since the 2014 Irish Open, had a day he would rather forget in posting a score of a six-over par 76.

Harrington, who had again spent an enormous amount of time on the range ahead of the event and was met by ‘mind’ coach, Bob Rotella after his round, managed one birdie but also a double-bogey and a 16th hole triple-bogey in finding the water guarding the green.