McDowell best of the Irish after day one at Honda Classic 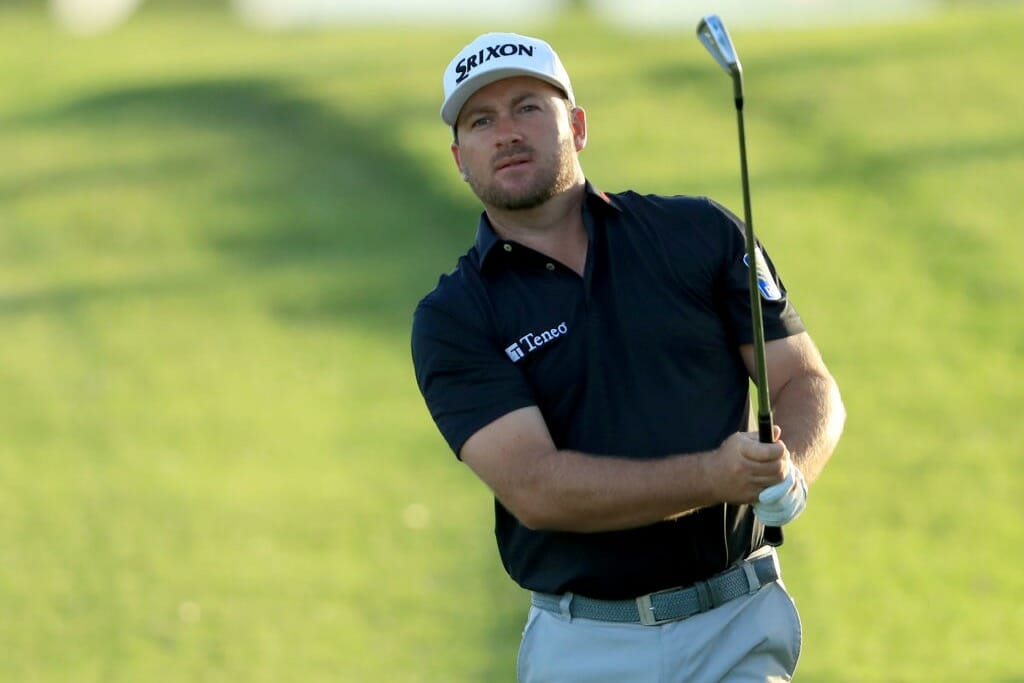 McDowell managed four birdies, three more than last Sunday, along with four bogeys in bright but windy condition for a level par 70 on the PGA National course at Palm Beach Gardens.

It handed McDowell a share of 21st place, only four strokes behind Sweden’s Alex Noren and former U.S. Open winner Webb Simpson who head the field with four-under par 66s.

McDowell was tied with Tiger Woods who was just one shot off the lead early in his round before taking a double-bogey at his 12th hole but bouncing back with a birdie at 13 in his 70.

In fact, McDowell ended the day as the leading Irishman with Rory McIlroy doubling the last in a score of 72, playing partner and fellow former Honda Classic winner, Padraig Harrington posting a shock 76.

Shane Lowry, who like McDowell, was out in the morning half of the field, signed for a one-over par 71 and Semus Power tailed out the five Irish with a 77.

McDowell was just two shots off the Genesis Open lead last week at Riviera but all hopes of a first taste of success since November 2015 faded in posting a closing round 77.

“To birdie the last two holes was nice as I played the easiest part of the golf course badly and the hard part of this course well,” he said.

“I feel like it is a pretty good round of golf with those two birdies and I would have taken level par teeing off the first this morning as it was very tricky out there. And looking back on last Sunday, it was a step backwards while the three days before had been three steps in the right direction.”

“So, Sunday hurt for a while but I had to try and take the positives out of the week which I did ,and I have come into this week continuing to really swing the club well as I had done for the first three days of the Genesis and in the weeks before that.”

“I like this PGA National course as I see my way well around here and I played great in the pro-am and I continued to hit some really good shots today. So, if I just keep the pedal down it will happen. Sometimes you have to have a few Sunday Riviera’s to kind of throw up a little bit.”

Lowry was hosting McDowell and his caddy to a bar-b-que on Thursday night given Lowry’s Mirasol Resort rented house is just four kilometres from the front door at PGA National.

And residing with Lowry’s this week is his long-time coach, Neil Manchin, who, with Lowry, is delighted with their work together this week after posting a one-over par 71.

“I played good today and while I three-putted 16 and missed a great chance at 17, overall I am quite happy as I have struggled the past few weeks,” he said.

“Neil arrived Monday evening and we have done some great stuff the last few days and it was mirrored out there today. I last saw Neil about a month ago when I was over at Torrey Pines and all I was doing was getting in my own way, and thankfully nothing to do with my golf swing.”

“Also, when I was making mistakes I was letting it get to me, so to have Neil over this week and what is a ‘home’ venue for me sees me very happy.”

Lowry’s round was a mix of three birdies and four bogeys.