Carey leads by one heading to final day in Egypt 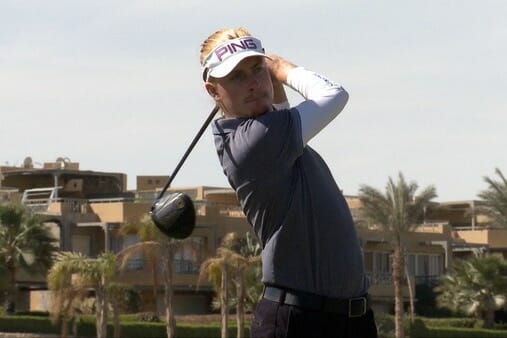 Ireland’s David Carey fired a second round 68 to add to his first round of 66 and holds a one shot lead at the Ein Bay Open at Sokhna Golf Club (Egypt) heading into the final round of the tournament on Thursday at -10.

Carey is closely followed by Alavaro Arizabaleta (Col, -9) and Michele Cea (Ita, -8) in the Alps Tour’s first tournament of the 2018 season.
“I did not start as well as I wanted to, I made a sloppy bogey on my first hole, I made 4 birdies in 5 holes around the turn though and that kind of got me back on track and then I played very nicely the whole way in “, Carey said.

In another wonderful story for Irish golf the best performer of the day was Ireland’s Conor O’Rourke who shot 7 under par and heads into the final day of the tournament in 6th place at -6, marking the Nass natives best returned card since turning professional last year.

“I played nicely, I just had to stay really patient. Because the last few days I felt I played quite well but it did not really come through”,  O’Rourke said and added, “I expect David (Carey) to play quite well tomorrow so anybody behind is going to have to make a lot of birdies and not many mistakes.”

The Top 40 players and ties who made the cut today will tee off tomorrow morning for the final day.