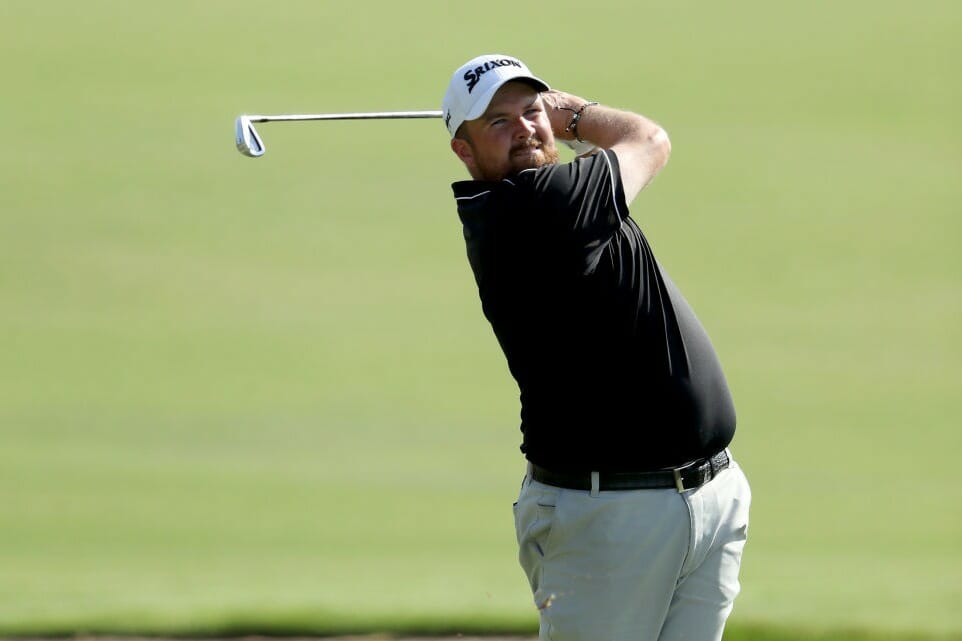 Shane Lowry is confident there was a low round in his bag after a disappointing second round 73 at the AT&T Pebble Beach Pro-Am.

After a rousing 67 first round at Monterrey Peninsula, Lowry’s only real joy at Pebble Beach was a closing hole birdie to be just inside the top-60 at three-under par.
Lowry was two-under par on the two outward Pebble Beach par-5s but then proceeded to drop four shots in an eight-hole stretch from the eighth to 15th holes.

He then split the fairway coming down the last and played his second to some 50-feet in rough behind the flagship but delighted a huge crowd in landing his wedge shot to just 8-inches for the easiest of birdies.
“It’s disappointing as I got off to a good start and I just struggled on the back nine but then it was a nice birdie on 18,” he said.
“What hurt me today was that the greens were not that great and I just struggled getting the ball in the hole.

“I am hitting good shots and I’m giving my chances but the moment I get out of position I am struggling and making bogey.
“So, I’m not getting up-and-down and just not holing the putts.

“The greens at Pebble Beach have become a lot harder since I played a practice round Tuesday but anyway that is the way it is.”
Lowry now heads to Spyglass Hill, and the second ‘hardest’ of the three host venues and looking for his lowest round of his two-event 2018 PGA Tour year.
“It’s a new day tomorrow so hopefully it will hand me something but I’m sure there is a low one in the bag and that would be good to shoot and then come back here to Pebble on Sunday.”

After the opening two rounds, Lowry is the top-ranked of the five Irish competing this week sitting two shots clear of Rory McIlroy who dropped four shots over his closing five holes in a disappointing round of 74 that included a horror 5 putt and 38 putts in total for day two.

Paul Dunne was reeling earlier at Monterey Peninsula with back-to-back birdies but picked-off three birdies in a row from his ninth hole.
However, the Greystones man ended on a sour note with bogeys at 15 and 17 for his one over par 72 to slump to a share of 99th place at level par.

Seamus Power began his round holing a 10-foot birdie putt at his first hole at Pebble Beach but dropping shots at his second and fifth holes only to then birdie his 11th and end with seven straight pars.
Power will tee-up at Spyglass Hill sharing 110th place at one-over par.

Graeme McDowell was at level par early into his inward half at Spyglass Hill but endured a wretched inward nine dropping eight shots in seven holes from his 10th in a horror score of 80 to slump to seven-over par.
McDowell’s back nine commenced with a double bogey and then reads par, bogey, double-bogey, bogey, a 15th hole par but then a third double bogey of his round at his 16th and ending with two pars.

One shot further back is Padraig Harrington, and like McIlroy and McDowell, struggling in taking a three-putt double-bogey ‘7’ at the 18th hole of Pebble Beach and the ninth of his second round.
Harrington did birdie his 11th and 14th holes but dropped further shots at his 16th and 17th holes in an eventual score of 76 to near the cellar at eight-over in total.

Harrington had been trying to regroup after his horror seven-over par through the same number of holes on Thursday.
The triple Major winner signed for a day one 75 and will a very low score in Saturday’s third round at Spyglass Hill to make the third-round cut.
World No. 1 Dustin Johnson (64) and fellow American Beau Hossler (67) share the lead on 12-under par and two clear of their rivals. 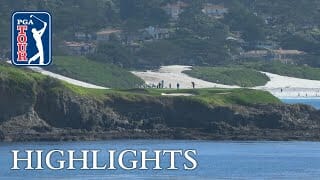