McIlroy – Paris will be a different kettle of fish to Hazeltine 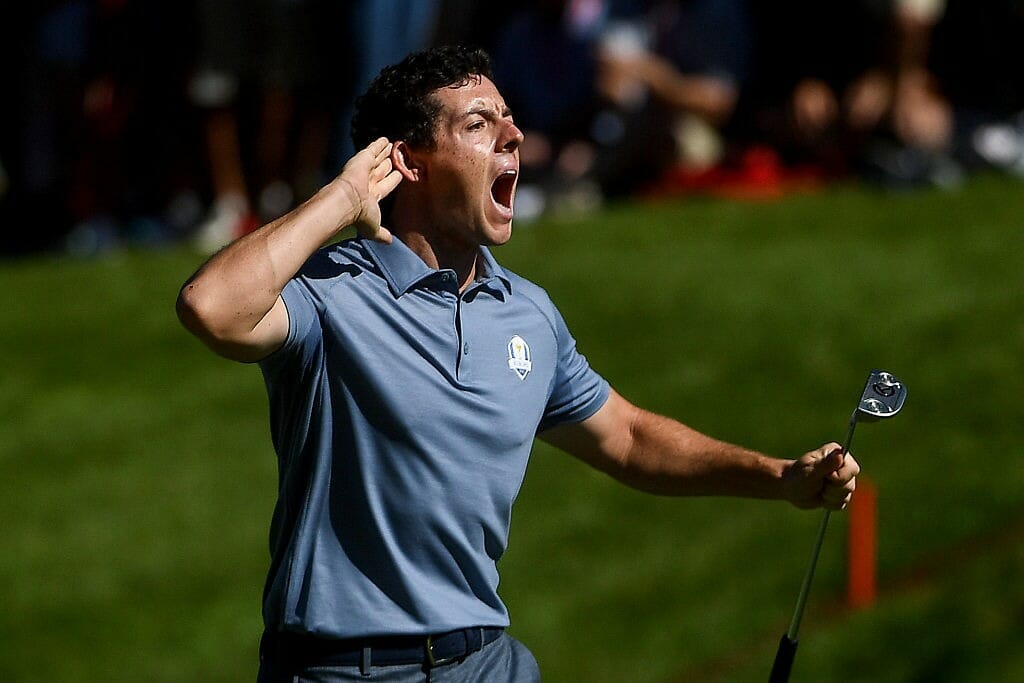 Rory McIlroy returns to competition this week in the UAE excited to be again fully fit and also brimming with confidence the Ryder Cup will return to European hands later this year in Paris.

Of course, McIlroy first has to make the European Team but he would seem a certainity in making Thomas Bjorn’s side whether or not he qualifies automatically.

And after the disappointment of Hazeltine, and the first time McIlroy had been on a losing European Team, the four-time Major winner has fired his first 2018 Ryder Cup warning shot over the bows of the cock-a-hoop Americans suggesting while Hazeltine played right into the hands of the hosts, the French layout with be a ‘different kettle of fish’.

“Look, the Americans are very strong, and I think for the first time in a long time, they have a real cohesion,” said McIlroy.

“All the younger guys get along great. Jordan, J.T., Rickie, Brooks, DJ, Patrick Reed, Daniel Berger, they all get on really, really well. There’s a real core group of players there, young players, that will be around for a long time. So they are going to be very strong.

“But if you look at Hazeltine last time and how they set that golf course up: Big wide fairways, no enough, pins in the middle of greens; it wasn’t set up for the way the Europeans like to play. I think Paris will be a completely different kettle of fish, so I think it will be so different.

“So I’m confident. I obviously need to make the team first, but everything being all well and good, I’ll be on that team and I feel like we’ll have a really good chance.

“The Americans have been obviously very buoyant about their chances and whatever, but you know, it’s never as easy as that, even when Europe was winning six of eight or five of seven en, whatever it was, they were all closer than — overall, yes, Europe won and it looked dominant for a while, but the matches were always closer than that.

“The Ryder Cup’s always close. It always comes down to a few key moments, and it will be no different in Paris. But I think we’ll have a great team and it definitely won’t be as easy as they think it’s going to be.”

McIlroy tees-up this week in the first two events in the UAE and the opening two events in what will be a litmus test of his form ahead of an unprecedented eight tournaments he will contest leading up to April’s Masters.

“The next two weeks will be a big learning curve, just to see where I’m at,” he said.

“I’m obviously coming into the events trying to play as well as I can and trying to compete and trying to win, but I think there will definitely be things — I’ll walk away from the two events and I’ll have things to work on and maybe think about going into that stretch in the States.
“I can’t really answer what I want to walk away with, but I think it will be quite revealing the next two weeks to see where I’m at with my game.”

Sam’s the man at Irish Boys in Thurles

Portumna’s Sam Murphy captured the Irish Boys title in style with a final round 65 (-7) to give him an eight stroke victory on 12-under par.
Read more
Club News

In acknowledgement of his character, sportsmanship and dedication to charitable giving, Zach Johnson has been named the recipient of the PGA Tour’s Payne Stewart Award
Read more
Irish PGA News