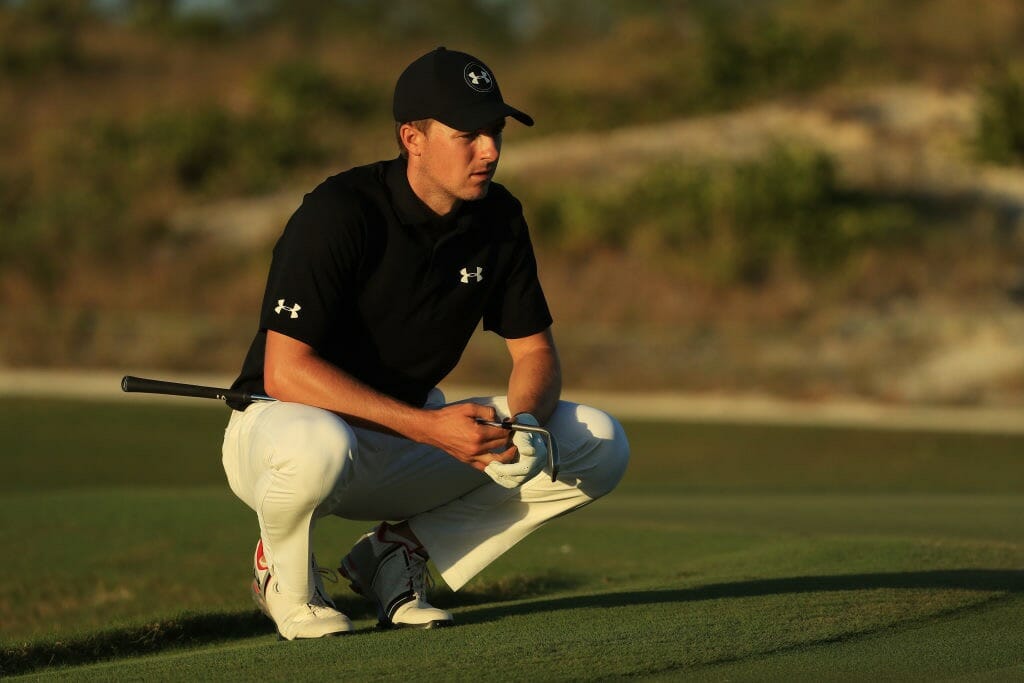 Jordan Spieth proudly confessed to overcoming any anxiety in proposing to his long-time girlfriend, so much so he’s now relishing thoughts of a long-overdue head-to-head confrontation with Rory McIlroy in 2018.

Spieth and McIlroy, along with Phil Mickelson, are the only three ‘active’ players heading into the New Year needing to secure just one further Major Championship victory that would send each into golfing immortality.

McIlroy has the first chance in 2018 if he adds the Masters to his U.S. Open, Open Championship and PGA Championship victories while Mickelson still needs to win the illusive U.S. Open crown and the three-time Major winning Spieth now needs to be handed the Rodman Wanamaker Trophy if the 24-year old Texan is to join the group of just five players who have won all four Majors.

Spieth was asked his thoughts of facing the likes of a fully-fit McIlroy in the New Year ahead of the American teeing-up in this week’s ‘winner’s only’ Sentry Tournament of Champions in Hawaii.

“I don’t think there’s anybody I want to beat more than others when competing in the Majors or the regular tournaments,” said Spieth.

“I don’t play to beat people. I play to try and finish first on the leaderboard. To be able to battle it out with somebody, Justin’s (Thomas) certainly at the top of the list.”

“As for Rory, I really haven’t had any chances competing down the stretch with Rory and I think I would really enjoy that because he plays so fearlessly and it would force me to play that way as well.”

“I’ve had a lot of battles with D.J (Dustin Johnson) and Jason Day. Very few with Justin, only a couple now. And really none with Rory. So, I look forward to those kind of opportunities.”

But then McIlroy will not be Spieth’s main concern in 2018 if season 2017 is any yardstick and what we saw from the player hosting the recent Hero World Challenge.

“With the amount of depth and talent at a younger age mixed with the guys in their 30s that are playing No. 1 in the world, D.J. (Dustin Johnson),and some other phenomenal players that you would call maybe in their prime, right.”

“And then, obviously, the major question is, what’s it going to be like with Tiger coming back?”

“So, I think 2018, these unknowns are extremely exciting starting out and within the next six months it’s a pretty special time to be a part of professional golf. I feel that way. I’ll just set my goals like we do all the time and try and get out there and accomplish them year after year.”

And that’s when I sit here every single year, I’ve got my goals for the year that by this time that I’m certainly set out to tackle. But I think the overall view off the course, at least from my own side and a lot of us younger players, is very exciting going into 2018.”