Hume returns with 4th place after one year absence 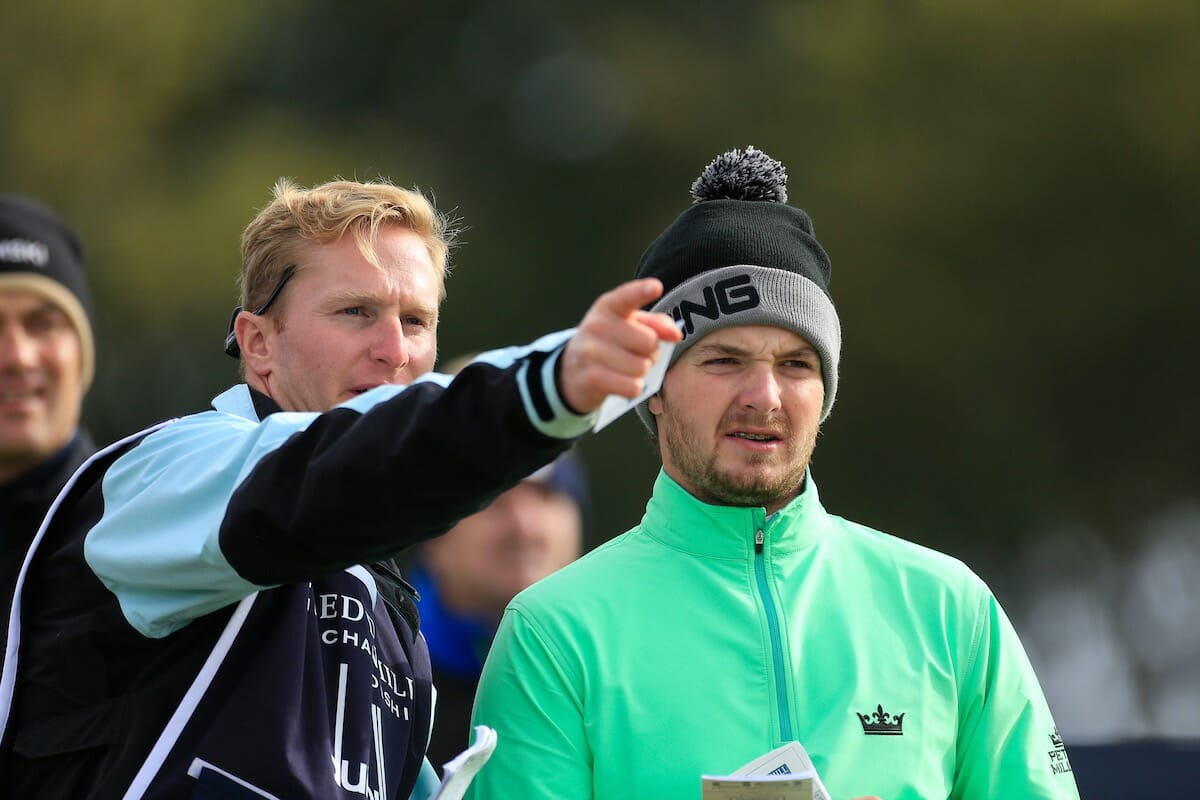 Almost a year to the day since Jack Hume signed for an 81 to miss the cut at the Alfred Dunhill Championship, the Naas professional retuned with a timely reminder of what made him one of Ireland’s hottest golfing prospects in recent years.

Hume backed up an opening round 68 with a second and final round 71 to finish outright 4th on five under par at the Pinheiros-Altos Classic, a 36-hole Algarve Pro Tour event.

Now 24, the former Walker Cup star was competing in the first of three events on the Portuguese Mini-Tour, having stumped up a cool €1,520 just to participate.

Yet what a great decision that has already turned out to be for Jack, who took a sabbatical from the game last Christmas, disillusioned with life on the fairways.

His opening effort of 68 included five birdies and an eagle and Hume was well in contention today too, firing a further five birdies, but for a damaging double bogey on 14 halting his challenge.

He bogeyed the final hole for the second successive day too, but this is major progress as Hume returns rejuvenated having taken the tough decision to walk away from the game 12 months ago.

“He was fully committed to working hard over the winter and playing co-sanctioned and Sunshine Tour events before getting ready for Challenge Tour,” said former ISM agent, Nick Mullen, speaking during the Irish Open in July.

“But he just couldn’t get his head in the right place.

“He didn’t feel mentally fresh enough and while I wouldn’t say he was struggling with desire, he had been so intensely invested in golf over the past few years that when it came time to get started again, he couldn’t get himself mentally right.

“He just said, ‘Look, maybe the best thing I can do is take a break away from this and go at it again.’

“So he went travelling at the end of April, did some charity work in South Africa just to ground himself a little and maybe open his eyes to how lucky he was and the opportunities he has.”

The sabbatical extended probably longer than his inner circle envisaged but on this evidence it was a wise decision to prolong it. These prodigious talents have a world of expectation placed upon them, often without asking for such attention, and I admired reading about Hume’s brave decision to step away from the spotlight.

He can look to Walker Cup teammates, Gavin Moynihan and Paul Dunne for ample encouragement as he re-enters the competitive cauldron of professional golf, still just 24 and with the golfing world firmly at his feet.

“Competing on the PGA Tour, that’s my goal. I want to play Majors,” he told the GUI website some time ago now. Often goals change but the fact he’s returning now suggests that he’s found an inner peace that he can take to the fairways.

More mature now and with perspective gained that’s often lost in the protection and development of these budding athletes, Hume has every reason to believe he can still realise his past ambitions.