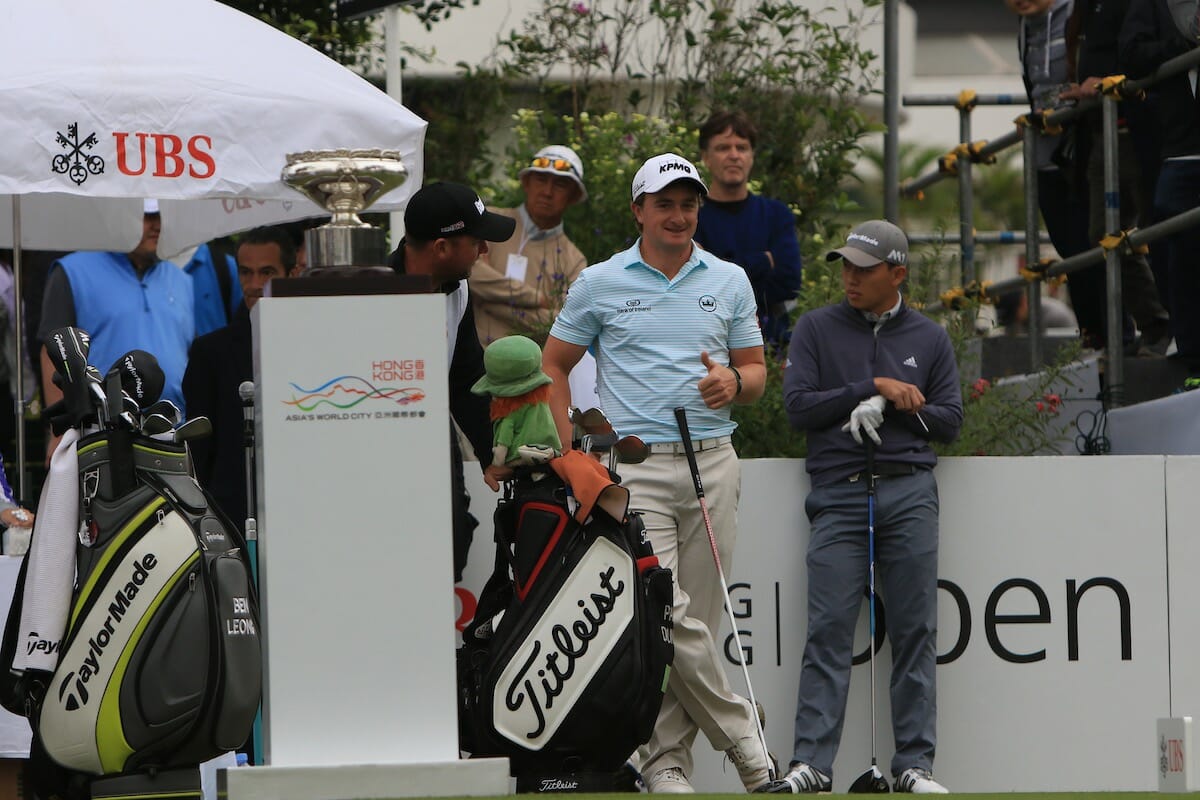 Paul Dunne jets back home tomorrow looking forward to getting back into his own bed ahead of a well-earned competition break.

Dunne celebrated his 25th birthday today but unfortunately it was with a disappointing closing round 72 to share 41st place in the UBS Hong Kong Open.

It was the very first event of the 2018 European Tour schedule but the last tournament for Dunne in a 2017 season capped by his brilliant British Masters triumph.

The Wicklow golfer, however, spoilt Sunday’s on-course birthday bash posting a pair of double-bogeys over the last day in Hong Kong along with taking two bogeys but managing also four birdies to eventuallly share 41st place at level par.

Wade Ormsby made it three ‘Down Under’ victories in the last four Hong Kong Open’s with the moustached Australian bogeying the last to hold on to win a maiden Tour title by a shot in a round of 68 for an 11-under par victory tally.

Ormsby, contesting his 264th Tour event, joined some of the greats of Australian golf including The Open winning trio of Peter Thomson, Kel Nagle and Greg Norman to now add his name to the Hong Kong Open trophy.

“Greg’s name was one of the first I noticed on the trophy so to get my name on a trophy he has won is really something special,” said the tearful 37-year old Ormsby.

“It means a lot to me. I’ve played a lot of golf in Europe, everywhere, and had a few bumps along the way but it’s pretty cool to get a win this late in your career. I didn’t think it would take this long but first one’s always pretty special. I said at the start of last year, I want to play a Major and win a tournament before my career is done so I’ve done both those things this year. I’m really happy about that.”

Dunne’s second straight appearance in Hong Kong was his 30th event of 2017 and little wonder he is now looking forward to a well-earned rest. And while confident at the start of the week there was still plenty of gas in the tank, Dunne’s final round would suggest he may have been running on the smell of an oily rag on Sunday.

Indeed, he competed in 20 different countries and on four continents in a year also highlighted in bravely missing out in a play-off at the Hassan 11 Trophy in Morocco.

“It has been a long year with a lot of travelling so I’m looking forward getting back to my own bed and waking-up in the morning and not being too rushed and really just chilling out,” he said.

“Also, it will be about re-charging the batteries for the New Year so I’ll be looking forward to really not doing too much for a few weeks.”

First-up in 2018 for Dunne is his appearance in Europe’s EurAsia Cup team with Ryder Cup captain, Thomas Bjorn leading his team into competition starting January 12th at the Glenmarie club in Kuala Lumpur.

It will mean missing the BMW SA Open in South Africa that same week but if Dunne plays well under Bjorn’s eyes and duplicates the season he had this year then the quietly-spoken Irishman could very well be headed to France later in 2018.