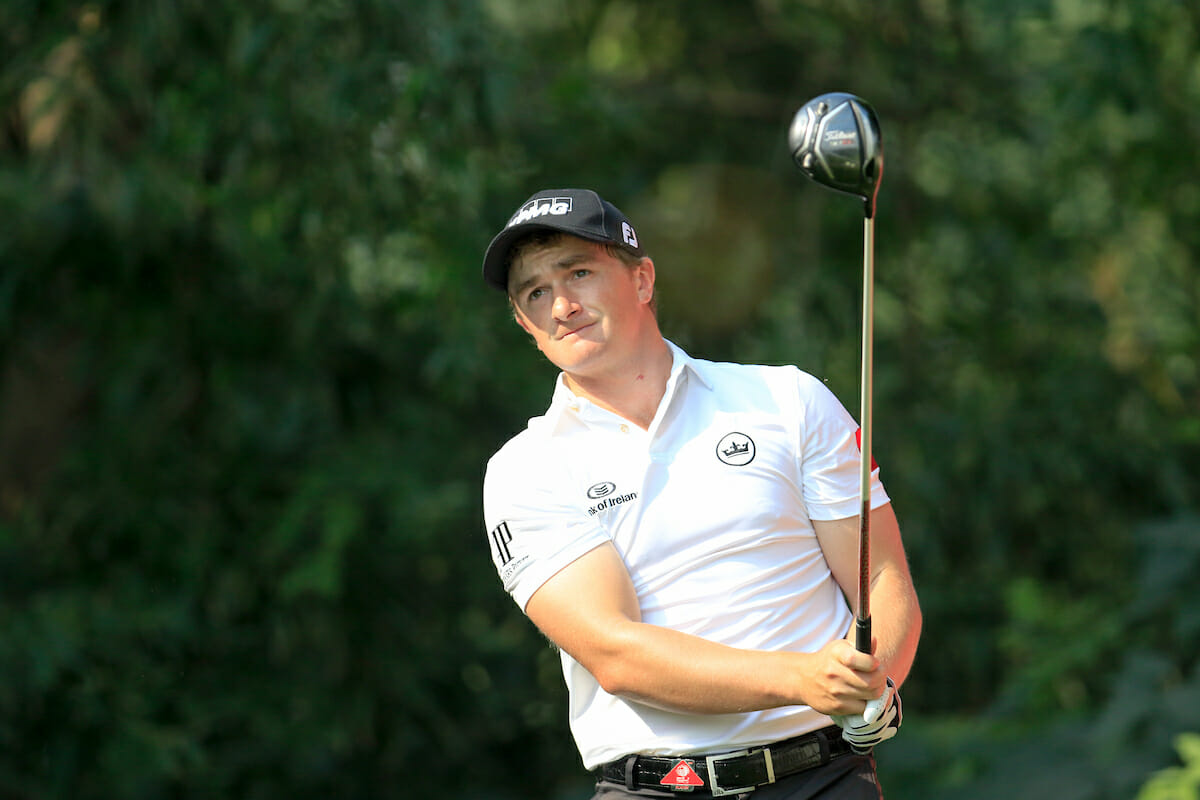 An eagle at the last propelled Paul Dunne into contention after day two of the DP World Tour Championship on the Earth Course in Dubai.

The Greystones professional had endured a frustrating day to that point, but rolled in a timely putt to sign for a round of 70 that sees him just three shots off the lead at seven under par, with Dunne now eyeing a big weekend.
“I played as well tee to green as I have all year,” said Dunne speaking to Denis Kirwan after his round: “My swing feels great and I was flighting the ball really well. I just couldn’t get any putts, none, and normally that is a strength of my game.

“I putted well yesterday so I am hoping that it is just one of those freak days. I can’t even count how many chances I missed inside eight feet. It was one of those rounds where I felt I could have shot a low one.
“Level par felt a bit sour going up the last, and I just wanted to pick one up so to hole the eagle putt was a bonus. The positive is I am going in to the weekend only three shots back. If I continue hitting it like I do and putt like I did (in the first round) feel like I have a great chance.”

The eagle was Dunne’s second of the day after a wonderful chip-in at the 7th, but it’s the four bogeys that he’ll be looking to eradicate heading into the final 36 holes. It’s been a breakthrough year for Dunne, but far from resting on his laurels at this stage of the season, he now only has winning on his mind this week.

“It is one of those things, we are greedy; everyone is greedy. The way I feel like I am playing I feel like i should have a chance to win. It would be disappointing not to have a chance coming down the last few holes on Sunday.
“I am just going to keep doing what I am doing, and if I play normal I feel like I am going to shoot mid-to-high 60s every day. So hopefully my score will be better than everyone else.”

Shane Lowry remains in touch too after three birdies in his closing four holes saw him move to five under par and into a tie for 15th.

It keeps the leaders in his sights going into the weekend and he spoke of his satisfaction with the round considering how tired he felt on the golf course, this his eight tournament in nine weeks:

“I played quite poorly today – I don’t know how I shot two under”, admitted the audibly exhausted Clara man.

“I felt quite tired out there, made bad decisions and hit lazy shots so hopefully I can rest up this evening and not feel like that tomorrow.”

Lowry made great par saves at 10, 12 and 13 and seemingly galvanised by his Houdini acts, he rolled one in at 15 to kick-start the barnstorming finish.

“I said to Dermot (his caddy) walking up 18, that if I birdie this and shoot two under it would’ve been one of the best two under par rounds I’ve ever shot in my life. I’m within touching distance of the leaders so I’ll just go out there to try and make some birdies and we’ll see what happens.”

At the top Matt Fitzpatrick’s title defence of the DP World Tour Championship, Dubai continued apace on as the Englishman carded a five under 67 to move one shot clear, as the tussle to win the Race to Dubai also gathered momentum.
Fitzpatrick was afforded the rare luxury of coming into the final event of the European Tour season under the radar despite claiming the title last year and entering the week on an imperious run of results.

The 23 year old has been revelling in his underdog status in the final of eight Rolex Series events in 2017, and he edged clear at the top on ten under courtesy of a round which included an eagle at the 14th and a birdie at the last.
Tyrrell, who claimed back-to-back victories in October, Hatton fired a scorching nine under 63 early in the day to move into outright second place on nine under. 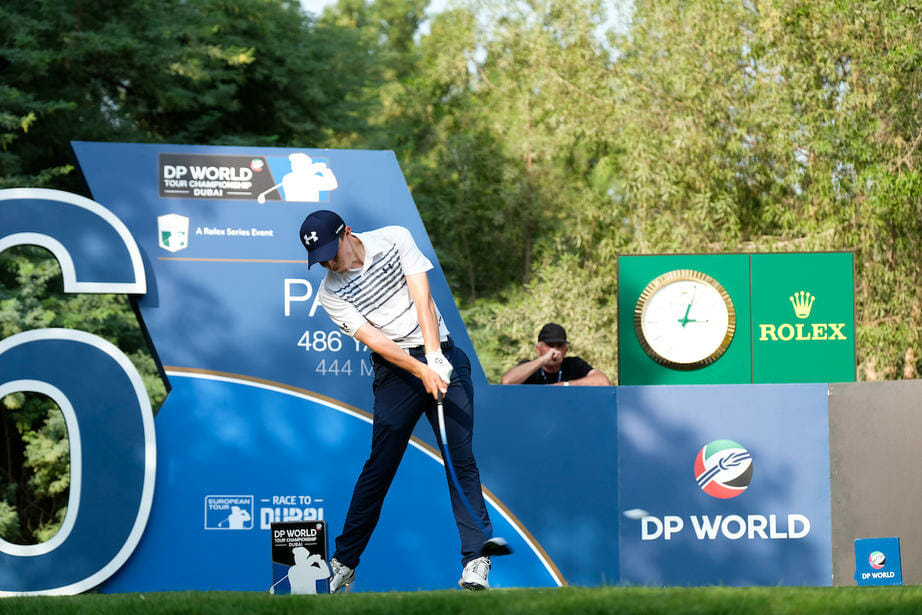 Above Matt Fitzpatrick during round two. Image by Golffile.ie

Meanwhile, the battle to be crowned European Tour Number One is building towards a thrilling crescendo as Tommy Fleetwood roared back into contention to win the Race to Dubai.
With his main challenger, Justin Rose, making a brilliant start on Thursday with a six under 66, Fleetwood posted a disappointing opening 73 to put Rose in the driving seat to leapfrog Fleetwood at the top of the Rankings.

But Fleetwood showed his mettle in round two, producing a fine 65 to Rose’s 70 to move within two strokes of his opponent and reach the halfway point of the season’s finale back at the top of the projected Race to Dubai Rankings presented by Rolex.