Lowry must keep mistakes off Nedbank final round card 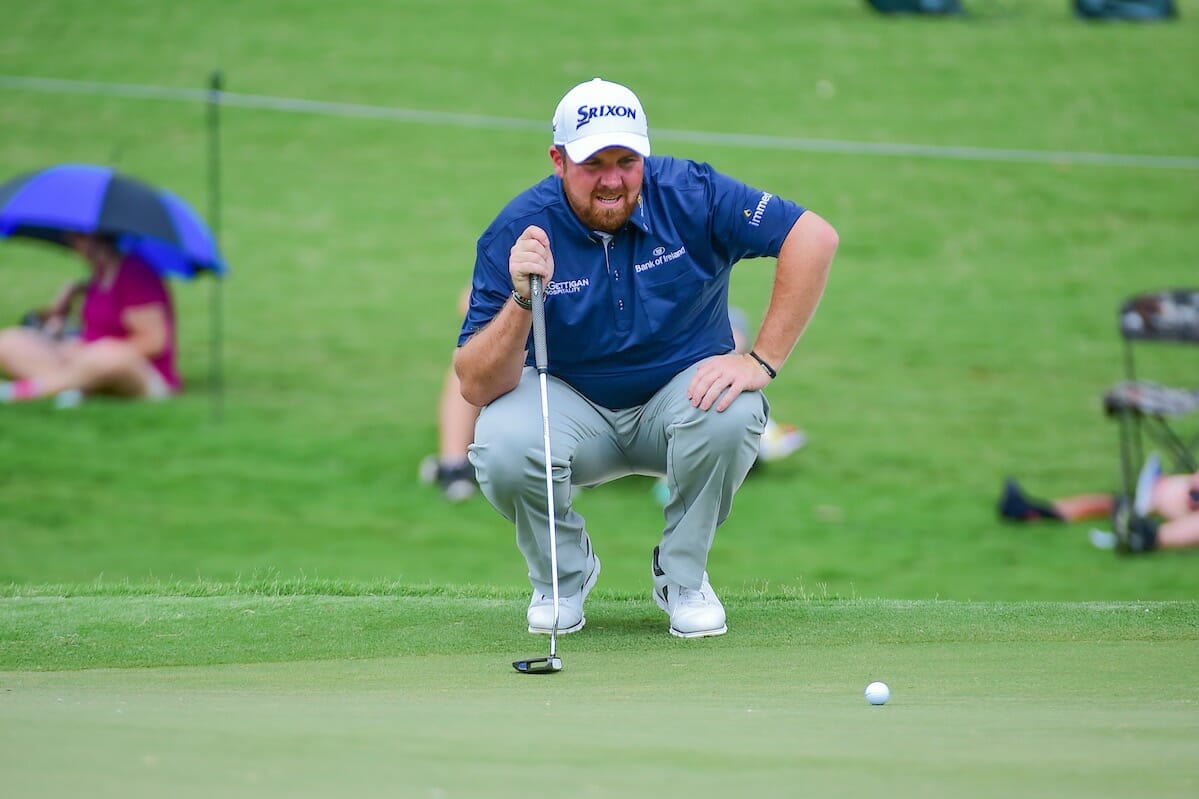 Shane Lowry is under enormous pressure not only to keep the mistakes off his card but also to break par if he is to challenge the top 10 in the final round of the Nedbank Golf Challenge.

For a third day running Lowry posted a round including a score well over par and this occasion an eighth hole double-bogey that sticks out on his card like a sore thumb.

Lowry’s third round 72, and after earlier scores of 74 and 74, sees him sharing 14th place on one-under par.

The Clara golfer had spoiled day one of the $US 7.5m event with an 11th hole double bogey and then a day later Lowry was storming early to be five-under par through 10 holes only to take an ‘8’ with a triple-bogey on 14.

Lowry was then two-under par for his round on day three with birdies at the first and the seventh but then double the eighth but then to his credit he birdied the ninth for a third day running.

He then bogeyed 10 ahead of eight closing pars.

Fortunately, at 49th on the Race to Dubai will ensure Lowry is aboard the charter flight to Dubai for Thursday’s start to the season-ending DP World Tour Championship.

In contrast, Padraig Harrington’s season will end sharing 36th place and like Lowry, the three-time Major winner has also yet to break 70 with scores of 74, 72 and 71.

Reigning British Masters champion, Paul Dunne also is yet to sign for a sub-70 round and continuing to struggle as reflected in rounds of 74, 76 and 73.

In contrast, Scott Jameison is staring at a near Stg 1m victory payday taking a one-shot lead into the final round at Sun City.

The Glaswegian, who turns 34 later this month, was among just two players to produce bogey-free third day scores with Jamieson posting a 67 to move to eight-under par.

“I was much better on the greens today than I had been the first couple days, so that was nice,” said Jamieson.

“I felt very relaxed out there, but it’s exciting. I’m in a good position. Tomorrow will be a new challenge.”

Jamieson has contested 141 Tour events since his one and only victory in the very first event of the 2013 schedule winning the Nelson Mandela Championship.

The Scot had shot rounds of 66 and 57 on a shortened and rain-affected Durban course to win in a play-off.

Jamison is now staring at Euro 1.06m first prize cheque with his highest-ever pay cheque being handed some Euro 230,000 in finishing second two events later after his maiden victory and also in Durban.

At 75th on the Race to Dubai points race, a top-12 result at worst would see Jamieson qualify for this week’s elite top-60 season finale in Dubai while second would see him leap inside the top-30 and earn a place in next year’s Open at Carnoustie.

A win would also be a first Scottish triumph on the European Tour since Russell Knox captured the 2015 WGC – HSBC Champions in Shanghai.