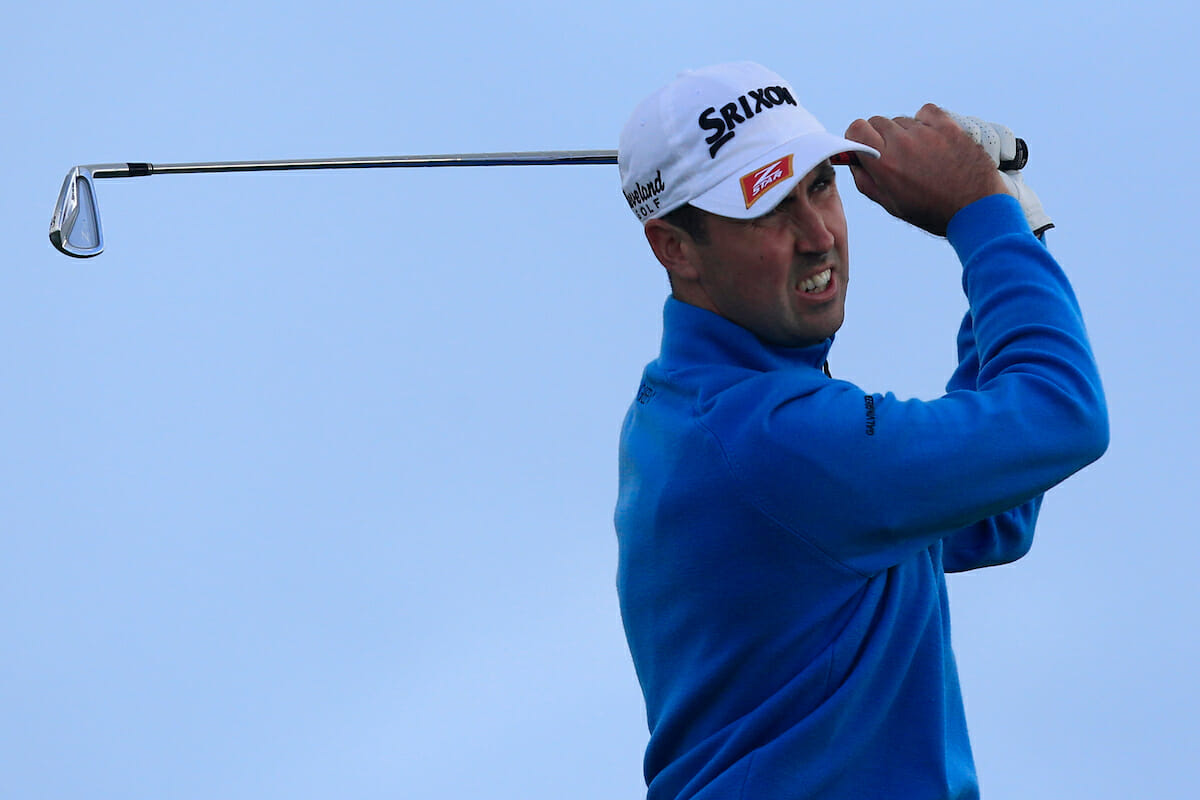 Niall Kearney fired a second round 70 to sit in a tie for second place on -4 in the HotelPlanner.com PGA EuroPro Tour Sky Sports Tour Championship in Portugal.

The Royal Dublin professional, who currently lies 10th in the Race to Amendoeira standings, needs a top-2 finish and results to go his way to break into the first five in the Order of Merit rankings, thus securing a precious Challenge Tour card for 2018.
At -4 Kearney is tied with South Korea sensation MK Kim who carded an excellent 67 to move into second place and further cement his place in the Challenge Tour places.

Clandeboye’s Jonathan Caldwell who started this week in 4th place in the Race to Amendoeira carded a mixed round of level par 72 with five birdies and five drop shots on the card. With a double prize fund of £100,000 on offer this week, Caldwell’s advantage is a precarious one and his halfway position of 15th will not be enough to keep him inside the Top 5 so a big weekend is needed.

Dermot McElroy traded three birdies and three bogeys to slip to a six way tie for 6th place at one under par. Dermot currently lies in 7th place in the Race to Amendoeira standings and at just £4,000 behind 5th place, he’ll be hoping to build on a solid start to launch himself into the automatic qualification spots come Friday.

At the top of affairs, Adam Chapman fired a hole-in-one in his second round which saw him build a four-shot lead over his nearest competitor at Amendoeria Golf Resort.

Chapman carded a solid 68 round to move to eight-under par, and one step closer to his first victory on the EuroPro Tour this year.
On his superb hole-in-one Chapman said: “I saw my playing partner hit 8 iron short just before but I still hit it with an 8 iron, perhaps just slightly fuller. When it popped in it was high fives all around. It took me a few minutes to process what was going on but it felt great.”

He followed up his fantastic ace on the second hole with three birdies on the spin to move to five-under after just five holes; and it should have been four birdies.
A win for the Cumbrian golfer would see him leap into the Challenge Tour spots for the 2018 season, he started 54th in the Order of Merit before teeing off Sky Sports Tour Championship account.

He added: “I won’t be paying much attention to the leader board tomorrow as I’ve got a comfortable cushion over a few of the other guys. It’s only the people I’m playing with that matter tomorrow.”

Elsewhere, Will Enefer (Retail Furniture Ltd) found some form after a terrible 12-over par round yesterday and carded a course record of five-under par.
Birdies have been hard to come by this week, with less than 400 across both days of golf. However, Chapman has collected nine so far and if his fine form continues he may find himself on the Challenge Tour in 2018.