A tale of two Paul’s and the Ryder Cup

All things being even, if the Ryder Cup was staged next week both Paul Dunne and Paul Casey would qualify to be in Thomas Bjorn’s European side.

Dunne is lying second on the ‘European’ points table on the back of his brilliant British Masters success and then sharing seventh on Sunday at the Alfred Dunhill Links.

And Dunne has headed to this week’s revitalised $US 7m Italian Open on a Monza GC course located adjacent to the famed F1 circuit looking for a second chequred flag in three weeks.

The other Paul, Paul Casey and a former Irish Open winner, is under even more pressure to rejoin the European Tour with Bjorn insisting only a ‘fool’ would not want Casey in a European Team.

Casey is currently ranked No.14 in the world and would qualify at this stage IF the Phoenix-based Brit was a member of the European Tour.

Casey, however, has not been a member of the European Tour since the start of the 2014 and instead in now concentrating solely on the PGA Tour where, over the past two seasons, he has become one of the more consistent competitors, finishing 15th on the FedEx Cup standing in 2015, fifth in 2016 and 11th in the recently-concluded season after leading going into the final round of the Tour Championship in Atlanta.

In the process, Casey has earned some $US3.9m each of those three seasons to amass some $US12m in prize-money.

And the question of ‘will he’ or ‘won’t he’ join the European Tour has been a touchy subject with Casey and one that those journalists who know Casey well have sought to avoid.

“Paul has made some very clear decisions in his life about wanting to live in America and liking life there, and he is very happy with his family and everybody has to take a step back and understand that he makes decisions from a family point of view and any man can understand that,” said Bjorn.

“I have had those conversations with him and we have had some really good open dialogue about where I see things and how he sees things, then it’s for him to make a decision and he’ll do that in due course. So, that’s up to him, but as a player he is among the 12 best Europeans at the moment and there is no doubt about that.”

“He has played some fantastic golf this year, and especially in the FedEx Cup finals in the end and got very close. A player like that, you’d be a fool if you didn’t want him in your team when he’s playing the way he is at the moment.” 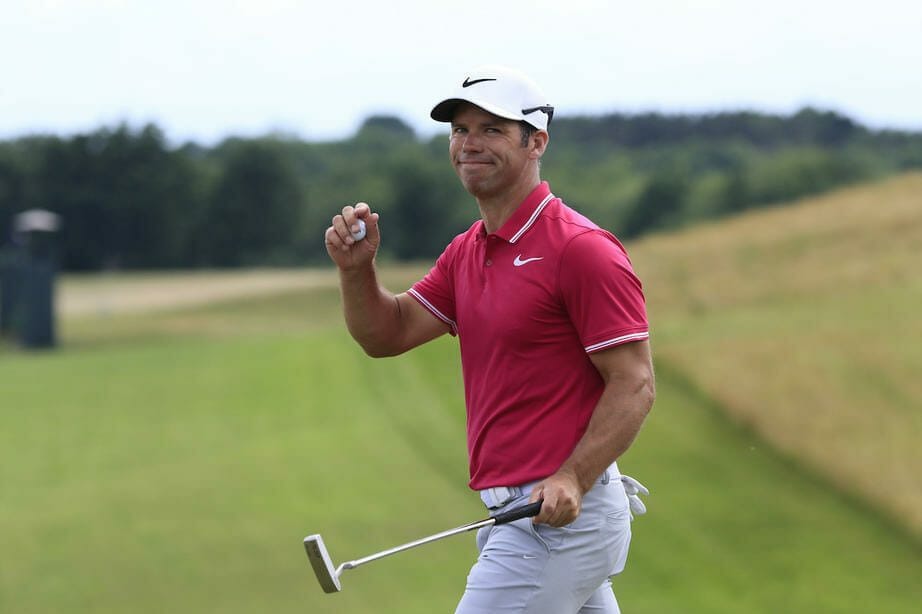 In fact, in the 2006 Ryder Cup at the K Club in Ireland Casey produced an ace for he and David Howell to humble Stewart Cink and Zach Johnson in the Saturday afternoon Fourballs.

To be eligible to qualify for the European Team Casey would need to rejoin the Tour and also contest a minimum number of events and that is something that, at present and now with two young children, he seems not prepared to undertake.