Brendan McGovern and Paul McGinley finished in a tie for sixth at the Senior Dutch Masters in a day of differing tales for the Irish pair.

McGovern entered the final round in a share of third, poised to mount an assault on a maiden European Senior Tour title, but it was a case of one step forward and two back in a frustrating afternoon for the Headfort professional.
Only three shots off the lead starting out, Brendan fired five birdies in a round littered with too many mistakes to challenge. Five bogeys and a double ultimately unravelled his good work in a two over par round of 73, though all is not lost.

With only two tournaments to go on the Seniors Tour this year, McGovern moves into 16th on the Order of Merit and will no doubt be hoping to break the 100k earnings barrier before the year is out, currently sitting on a tidy €83,000.
Where McGovern failed to spark, however, former Ryder Cup hero McGinley was in flying form on Senior Sunday, notching four birdies to come home in 68 strokes. And for those of us signing up for the ‘twos’ of a weekend competition in our only realistic chance of glory, take note; you wouldn’t want to bet against Paul should his name miraculously appear on the sheet. Of the four birdies, three were twos!

Yet for all our Irish interest, the day belonged to Clark Dennis who claimed his second European Senior Tour title as he battled to a one-stroke victory at the inaugural Dutch championship.
The American, in his first season on the European circuit after earning his card at Senior Tour Qualifying School in February, started the day one shot behind overnight leader Carl Mason, who was chasing a record 26th over-50s title.
The 51 year old, who carded opening rounds of 69-72 at The Dutch, home of the KLM Open and a European Tour Destination, signed for a blemish-free round of 70, with his sole birdie coming on the par five sixth hole.

After winning the Senior Italian Open presented by Villaverde over 36 holes, after the final round was abandoned due to rain, Dennis was delighted to secure his first Senior Tour title over three rounds.
“It feels great to win again,” said Dennis. “Italy was fantastic, it was good to get that first win in. But with that being a 36-hole event, you always want to do it on the last day over 54 holes and I have done that.
“I played very well today, I didn’t putt particularly well but I hit the ball very nicely and made a putt on the 17th when I needed to. This is a golf course where you have to be patient, there are a lot of difficult shots and there is danger lurking everywhere.” 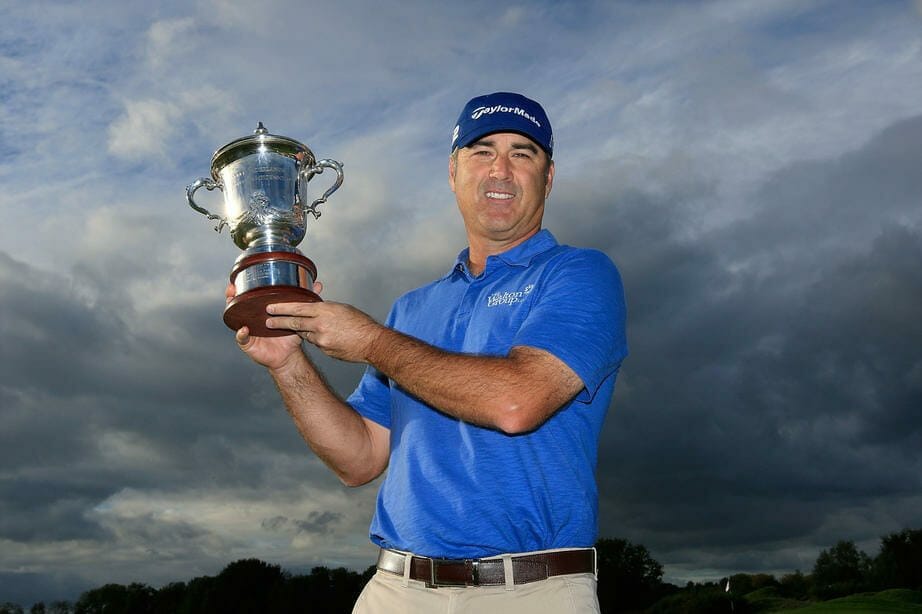 Having taken the lead on the 14th hole, Dennis was one stroke ahead of Mason and Paul Eales. His second shot on the 17th hole went into a green-side bunker, but the American made a superb up and down to keep his lead, holing the par putt from 15 feet.
On the 18th green, Andrew Oldcorn, playing in the group ahead, had to settle for a share of second place after missing a tricky putt for birdie, and he was joined by Eales and Mason as they missed birdie putts of their own, giving Dennis two putts for the title.
“I’m very pleased with what I have done this year,” Dennis said. “The level of play is very high out here, and to get two wins and be top of the Order of Merit is more than I could have hoped for.
“Winning the Order of Merit is the last goal. After getting to the top, I want to stay there. It would make this a perfect year.”