Harrington hints he is ready for Ryder Cup Captaincy 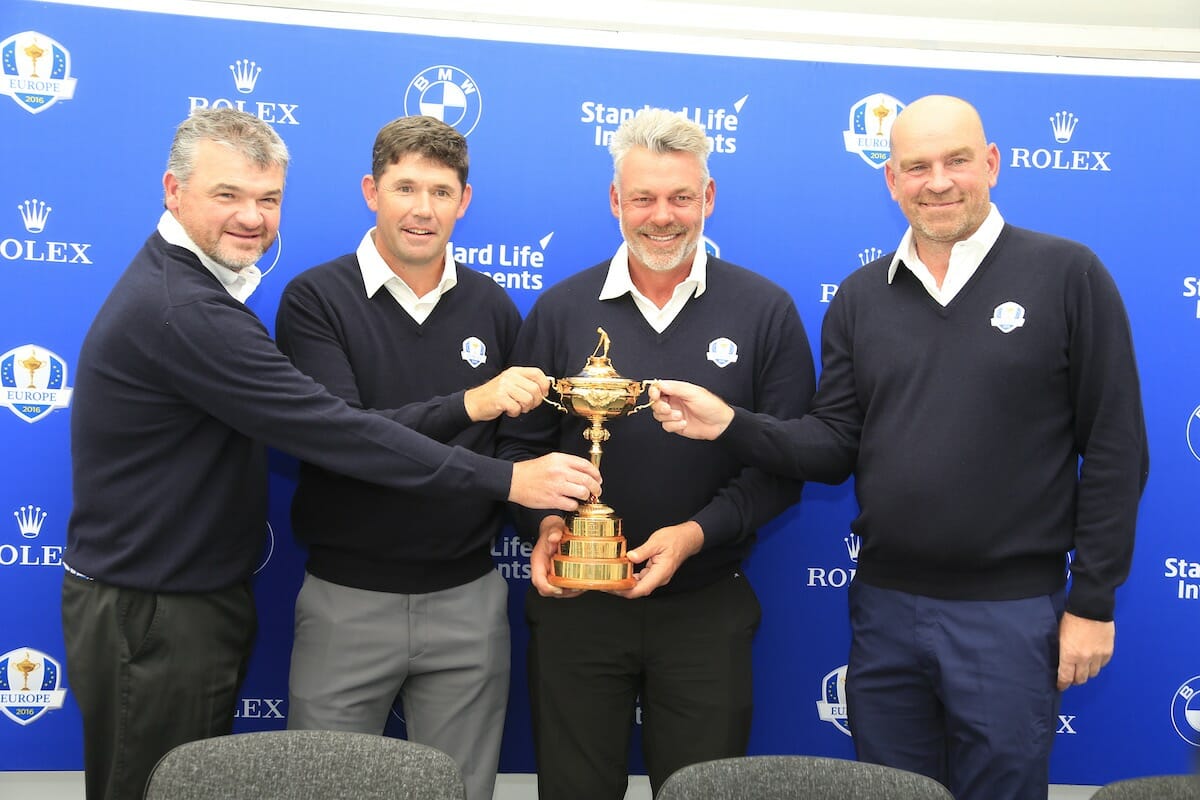 Ireland’s Padraig Harrington has given a strongest hint ever he is prepared to put his name ‘in the hat’ in becoming a European Ryder Cup Captain.

In recent years Harrington has gleaned enormous future captaincy experience as a vice-captain in 2014 and 2016.

As well, Harrington was a member of the GB&I team in four Seve Trophy events from 2000 to 2002 including three on a winning team.

With Denmark’s Thomas Bjorn to captain Europe in a year’s time at the Le Golf National course in Versailles, many observers believe Harrington, given his enormous popularity in the U.S., would be ideal to lead Europe into the 2020 Ryder Cup at Whistling Straits in Wisconsin.

But that was not his view this time a year ago: “With the Ryder Cup, Paul McGinley kind of changed the parameters. It took three-and-a-half years out of his life,’ said Harrington.

‘It took two years out of Darren Clarke’s playing career.”

“I want to be a player. If I go for the captaincy nobody is going to give me back the 45th and 46th years in terms of my playing career.”
“It’s a huge sacrifice and as much as I would love to be Ryder Cup captain, selfishly I want to be a golfer. I want to compete and win tournaments so I’m going to push it down the road”.

But now in writing an article in the October 2017 edition of the US-based Golf Week magazine Harrington clearly has had a big change of heart.

“I would love to be a captain down the road, but in Europe it’s not a foregone conclusion,” he said.

“It’s a very big deal, and now a lot of younger guys are entering the frame. You’ve got players like Martin Kaymer and Ian Poulter and Graeme McDowell and Lee Westwood, then a number of guys coming in another four years’ time and beyond.”

“Hopefully I’ll put my name in the hat in the near future and see where it goes from there”. In the article, Harrington also spoke of his delight in ‘having a role’ in Ryder Cup competition such as being paired with Colin Montgomerie and citing partnering the Scot in the 2002 and 2004 Ryder Cup.

“I loved playing with Colin Montgomerie at the Belfry in 2002 and Oakland Hills in 2004. It’s interesting, I felt like I was in a supportive role. I was there to support Monty”, said Harrington.

“I like having a role. Put me with an equal and I don’t think I’m as good. I played with Luke Donald in 2010, and we weren’t effective together. We were really a classic case of being too similar, in that neither of us were the captain of the pairing.”

“The next two days I played with a rookie in Ross Fisher, and I was clearly the man in charge. Basically, you just wound him up and he went out and played unbelievable golf at that Ryder Cup. That was an ideal example of a rookie playing unbelievably well because he believed in the senior player. I was reading all the putts and he holed most of them for two days. He was saying I was a genius reading those greens, but the fact of the matter was that he just believed me.”

“So, I like having a bit of a say. That’s my character. I wasn’t the lead partner necessarily with Monty, but I like having a set position in the partnership. You can’t have two captains in the pairing.”

“As far as opponents go, we all wanted to play Tiger because it was an opportunity to be a hero. Every Ryder Cup I played in, the whole of the European team would put their hands up to play against him, as he was so clearly No. 1 at the time. If you went out and beat him, it was a career feat and an opportunity to go out and take the glory.”

“Also, we were all queuing up because everyone was already expecting you to get beaten, so you were in a no-lose situation”.