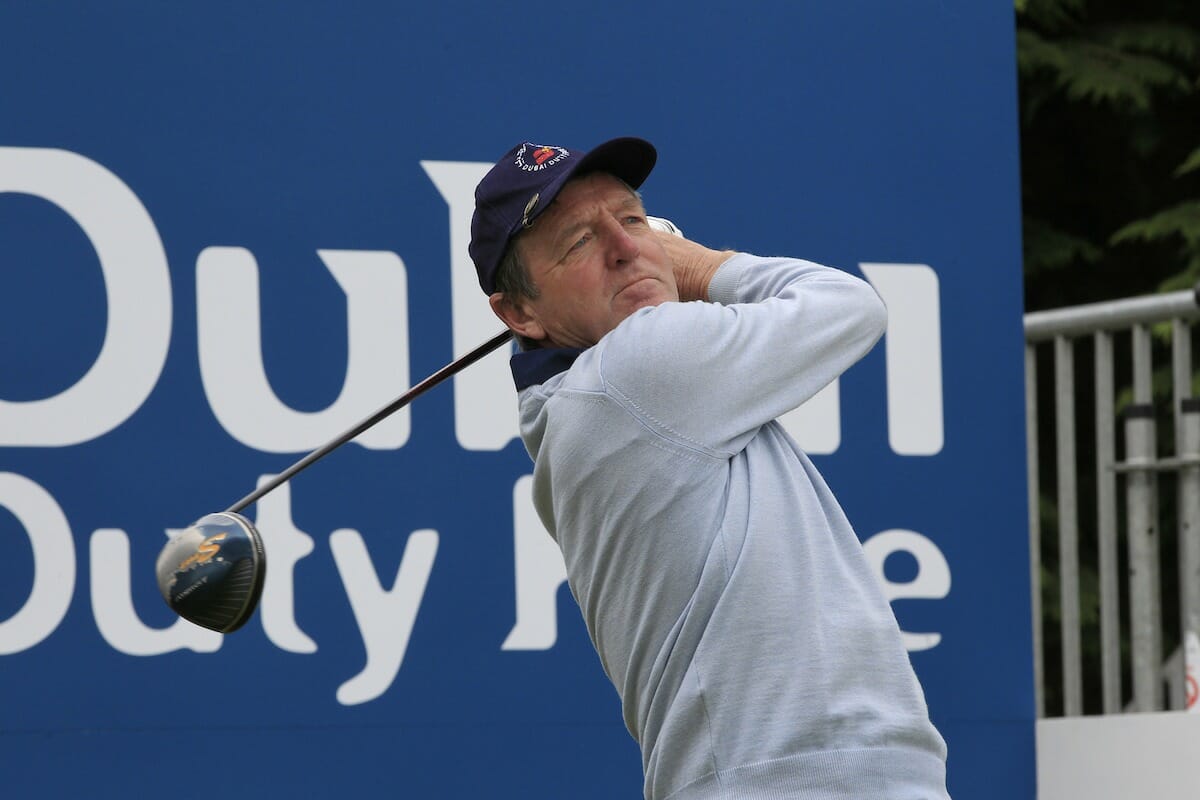 Des Smyth was the only Irish player to break par on the opening day of the Paris Legends Championship at Le Golf National, host venue of The 2018 Ryder Cup.

Smyth carded an opening round of 70 to lie in a tie for 11th sitting five shots off the lead. Headfort’s Brendan McGovern returned a 74 while it was a tough day for Eamon Darcy and Philip Walton who carded rounds of 78 and 79 respectively to lie well off the pace.

Out of the blocks fast was former Ryder Cup player Paul Broadhurst who carded a blemish-free seven under par 65 to take a three shot lead into day two in Paris.
The Englishman, winner of the 2016 Senior Open presented by Rolex, made three birdies on the front nine to make the turn three under par, and then made five further gains on the last seven holes, including birdies on the 15th, 17th and 18th holes – regarded as one of the toughest final stretches in golf.
The 52 year old was victorious on his last European Senior Tour outing, winning the Scottish Senior Open at Renaissance Club in August, and was pleased to pick up where he left off.
“It’s that sort of course, if you hit it in the right place there is a score to be had,” said Broadhurst, who won the HNA Open de France at Le Golf National in 1995. “It has narrowed a lot since I last played here five years ago.

“I’m delighted with a 65 around here. There’s a lot of trouble out there. After being disqualified in the United States at Pebble Beach last week, it was important for me to get back out there and put a good score on the board.”
Broadhurst leads by three strokes from defending champion Magnus P Atlevi, two-time Major Champion John Daly and compatriots Roger Chapman, double Senior Major winner in 2012, and Peter Wilson, who earned his card at Senior Tour Qualifying School in February.
After securing his first over-50s win earlier this season, Daly is pleased to be back in contention once again.

“I had a lot of opportunities out there and it was a good ball-striking day today,” said Daly. “I could have been a bit lower but, on this course, if you’re two or three under par on those last six holes then you’re doing something.
“None of the fairways on this course are easy to hit, which makes it so good and challenging. The greens are so good that, if you are stroking the ball well, you will make some putts.”
Five golfers share sixth place on three under par, including Jarmo Sandelin, who made consecutive gains on the 15th, 16th and 17th holes.
“That finish was incredible,” said the 1999 Ryder Cup player. “Every golfer who plays here knows the last four holes are really tough. I played really well, although I did make a few mistakes. Hopefully those birdies are a good sign for the next two days.
“I think I was the first player to hit all fairways and greens in regulation on this course when we started recording stats, and that was in the 1990s. I have great memories of this place. It’s perfectly set up, and I’m so happy they got the Ryder Cup. They deserve it.”