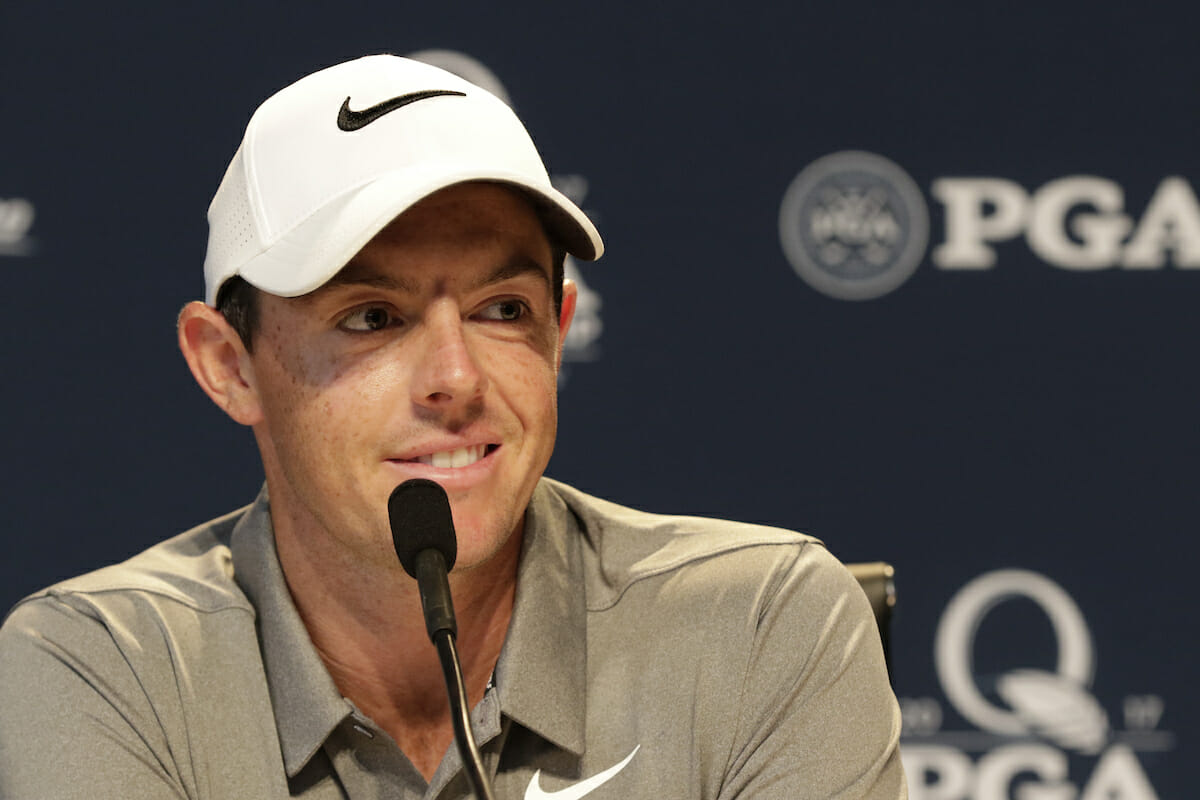 The four-time Major winner, when quizzed who he’d choose if he had the chance to ‘trade places’, selected champion Irish racehorse, Galileo who is now retired and a very active sire.

In a racing career of just one year from October 2000 to October 2001 Galileo contested eight races, winning six and finishing second and sixth in the other two.

The racehorse is best known for winning the Epsom Derby, Irish Derby Stakes and the King George V1 and Queen Elizabeth Stakes in 2001 and for his rivalry with the Godolpin champion Fantastic Light and since his retirement, the 64.5 inch high Galileo has become one of the leading sires in the world.  He has sired multiple champions including Frankel, New Approach, Australia and Minding and in 2008, the Coolmore Stud owned Galileo was commanding a reported Euro 225,000 fee while his stud fee three years ago was set at Euro 350,000, by October 2014 he had sired 176 stakes winners and as of July this year, Galileo had sired 67 individual Group One or Grade One winners worldwide.

McIlroy visited Coolmore Stud some years ago and meeting Galileo must have left an impression as when asked by NoLayingUp.com who he would love to trade places with he replied:

“A couple of years ago I went to a famous horse stud named ‘Coolmore Stud’ where they breed some of the best race horses in the world.  Their biggest stallion is a horse called Galileo. I wouldn’t mind would mind trading places with him for a week (laughing).”

“He now has a pretty good life and he’s loving it.  That is the one guy or specimen that came to mind (smiling). The human version would be maybe DiCaprio, I don’t know.”

“So, I don’t know how many mares Galileo covers a day but literally people would pay $500,000 a ‘go’ to have to have a racehorse by Galileo.  It is unbelievable money.”

“Clearly, Galileo doesn’t make the money but the Magner Family who own Coolmore Stud. It’s just unbelievable the number of race horses, stallions and mares that go through there.”